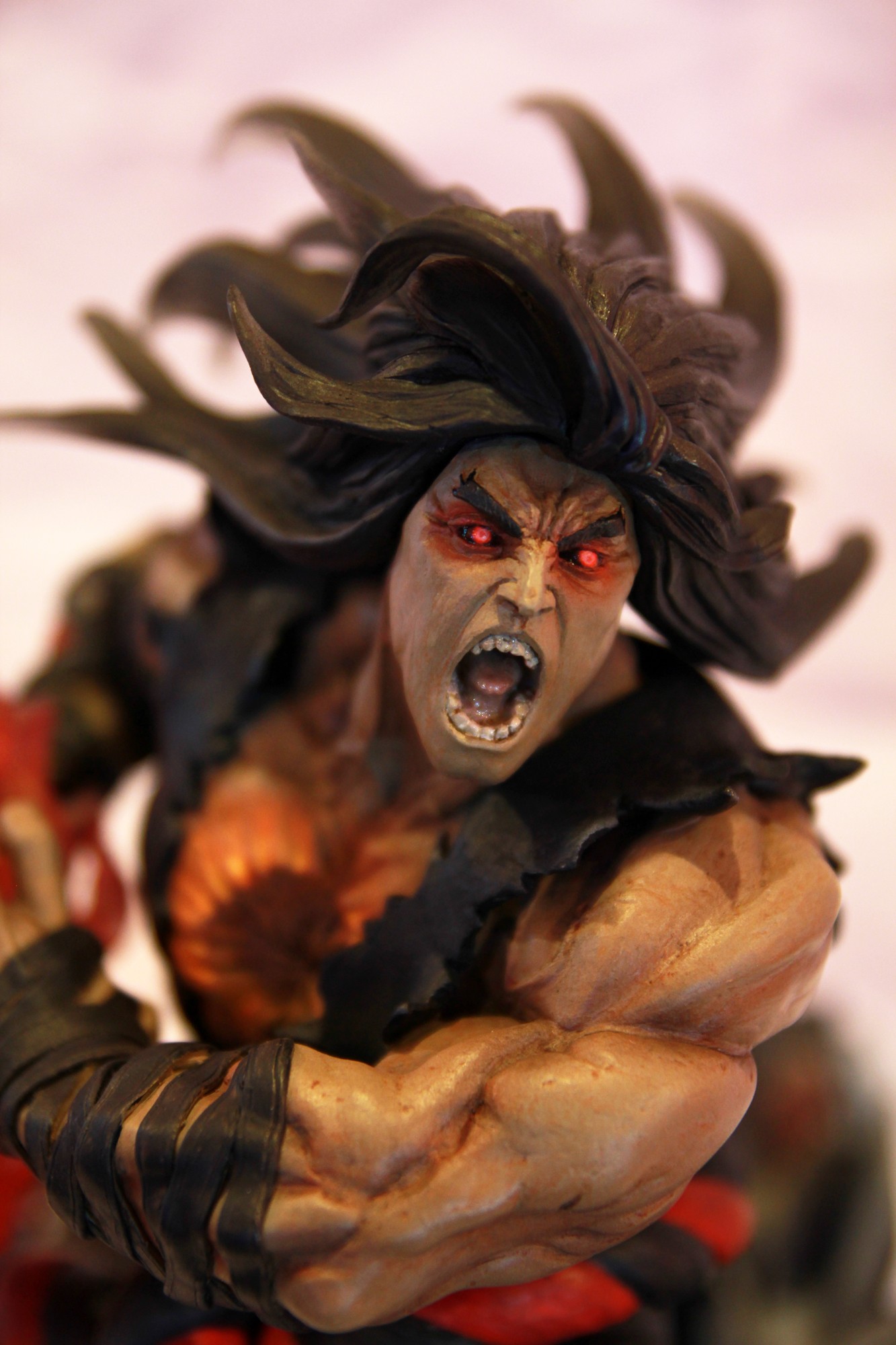 If you were ever tempted by the dark energies of the “Satsui No Hado” to purchase a collectible from Capcom’s beloved Street Fighter series, you might want to check out this upcoming Evil Ryu figure by the folks from diorama maker Kinetiquettes, who have sculpted this fine piece of tainted beauty and released some official preview photos just to give a taste of things to come. 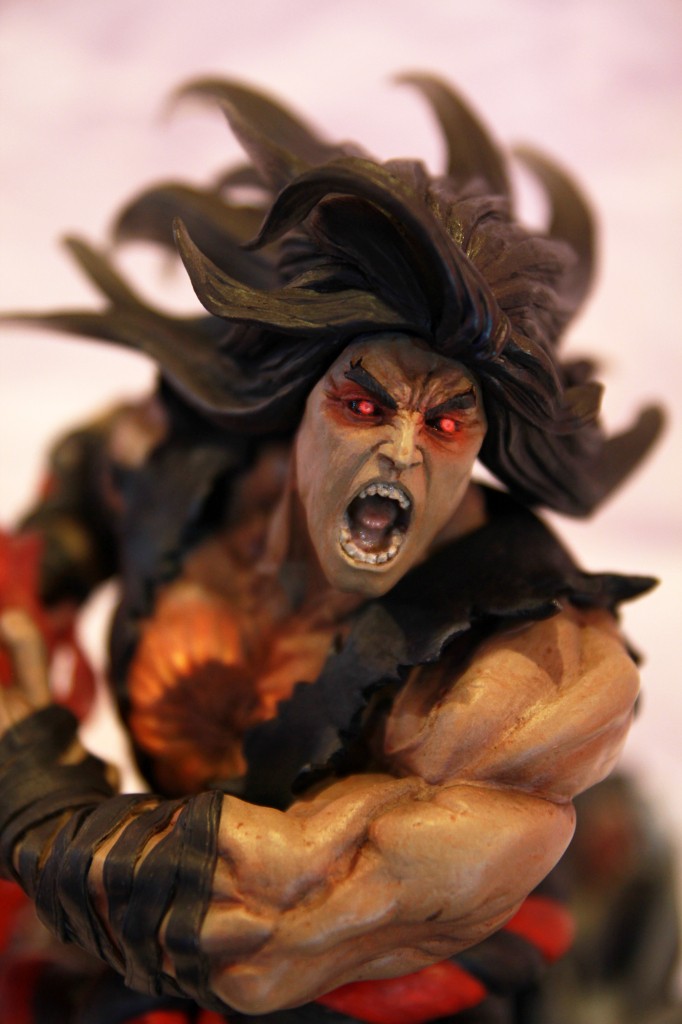 The 1/6 scale diorama, which costs $350 or Php17,500, is based on Evil Ryu’s first alternate costume from his appearance in Super Street Fighter IV: Arcade Edition. Consumed by the “Satsui No Hado” or “Wave of Killing Intent”, Ryu’s new found dark power consumes the once proud and noble warrior with an unquenchable thirst for fighting and seeking out strong opponents. It is this darkness that puts him on a path of no return, and on a collision course with the demon himself, Oni Akuma. 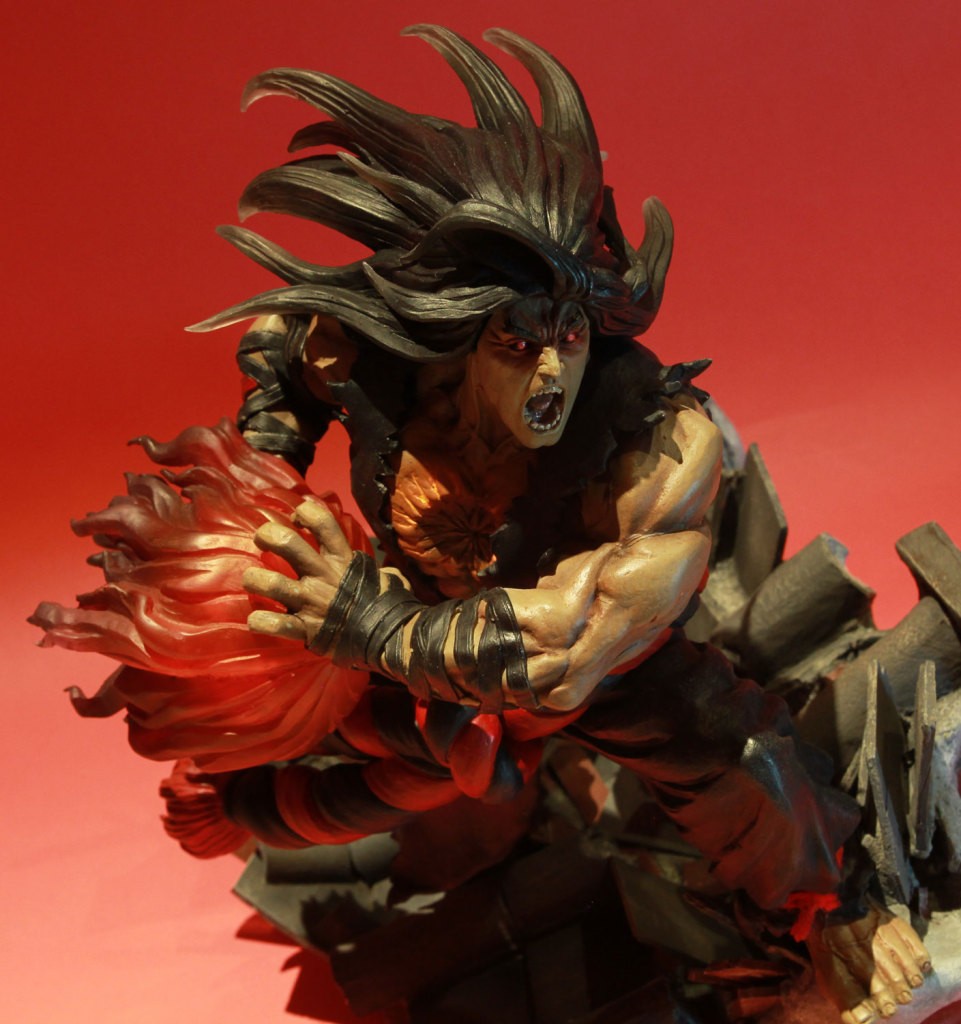 As displayed, the statue sees Evil Ryu about to unleash one of his devastating Ultra Combos – The Metsu Hadoken. The statue captures Ryu in a moment when he is apparently fighting against someone else, and that couldn’t be far from the truth at all. Kinetiquettes is planning to release a companion diorama in the form of Oni Akuma – who’s appearance and look is still shrouded in mystery. For more details and pre-order info, visit the official Kinetiquettes page.

Here’s a video diary detailing the making of the statue by the company themselves.