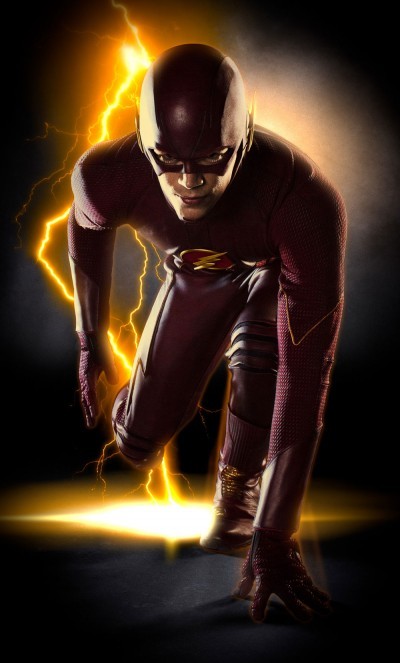 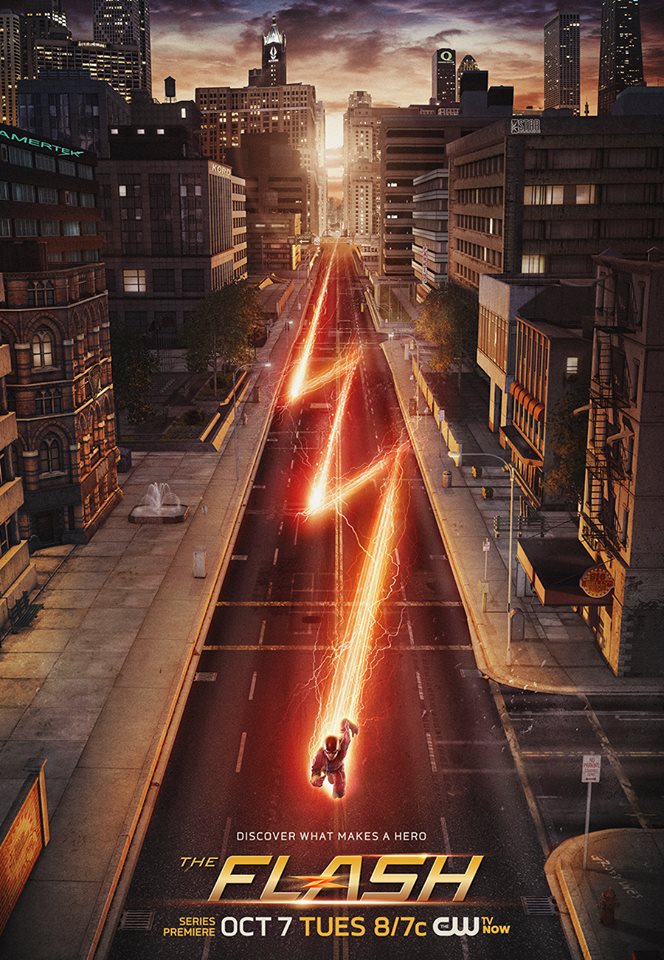 Don’t blink, or you might miss one of the most anticipated superhero TV shows to grace the small screen.

In case you missed it, one of DC Comics’ most popular characters is racing to television sets in a matter of hours, as The CW prepares to introduce Glee series star Grant Gustin as Barry Allen… Who’s better known as The Fastest Man Alive, The Flash!

Spinning right out of the events of the other popular superhero TV series based on the character Green Arrow called “Arrow”, Gustin’s debut in his own flagship series is a precedent to bigger things, as this is just the beginning of Warner Bros. and DC Entertainment’s plans to bring more DC properties into television and beyond.

Now before the premiere of a new version of the Speedster, let’s take a trip back down memory lane, and relive the fast and furious history of one of the greatest superheroes in comic book history. 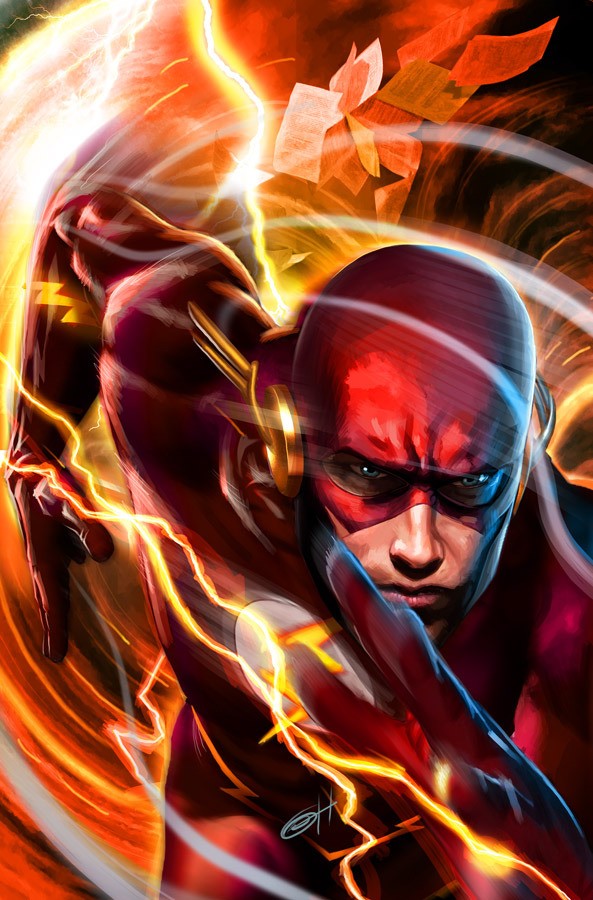 Who Is Barry Allen?

Created by the terrific trio of Robert Kanigher, John Broome, and Carmine Infantino, the original incarnation of Bartholomew Henry “Barry” Allen made his debut in the pages of Showcase #4 in October of 1956. Working as a police forensic scientist in Central City, an accident through a combination of a lightning bolt strike and a mixture of chemicals grants him powers, allowing him to move at super speed and with matching fast reflexes. Barry then dedicates himself to using his powers for good, and dons a red costume with a lightning symbol to become the superhero known as The Flash.

As the second character to bear the mantle of The Flash, Barry Allen is considered the first hero of the Silver Age of DC Comics. The original Flash of the Golden Age is Jay Garrick, who is a founding member of the Justice Society of America and is considered Barry’s inspiration and hero. Allen would continue to be a defining presence in DC Comics’ history, becoming a founding member of the Justice League of America, and striking a long friendship with another Silver Age hero in Green Lantern Hal Jordan. 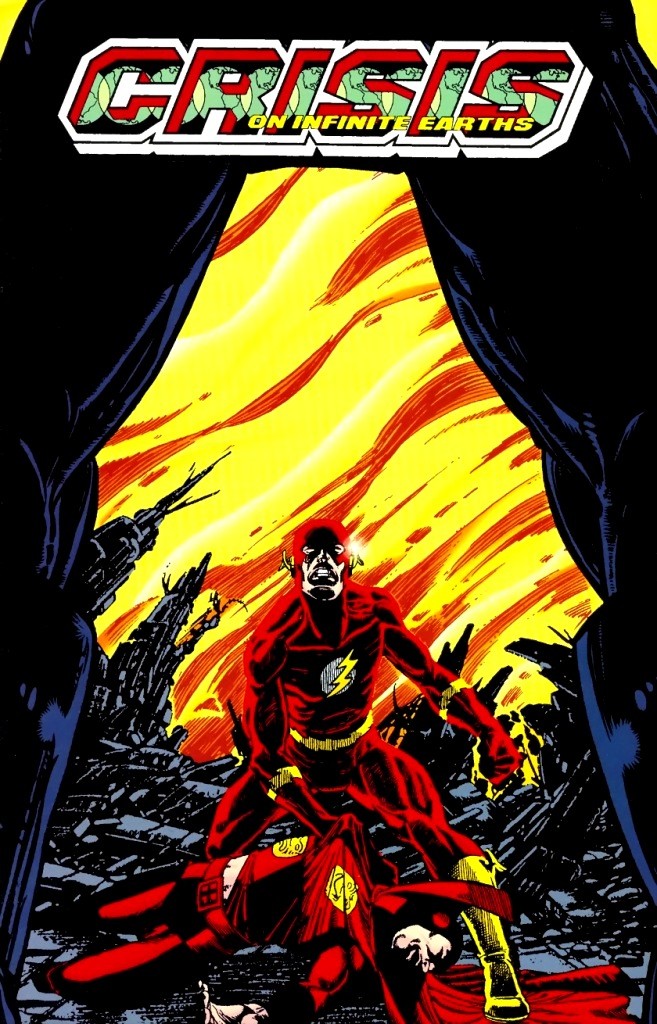 The Multiverse and Sacrifice

It would be also through Barry Allen’s adventures that DC Comics would decide to branch out and create a series of different realities and worlds where heroes, choices, and paths vary from one another. 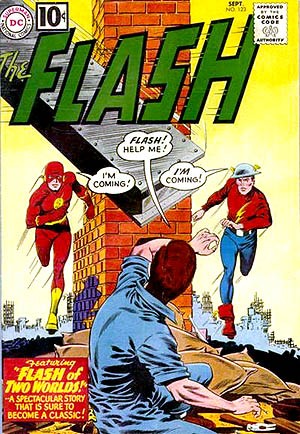 In the story called “Flash of Two Worlds” chronicled in The Flash #123, Barry is transported to the world of Earth-Two, where he meets original Flash/ Jay Garrick for the first time and teams up with him to defeat a trio of villains. This would then bring out the concept of the “multiverse”, which would last for a long period of time and see parallel worlds revisted. Things came to a turning point however in 1985, when the 12-issue miniseries  “Crisis of Infinite Earths” depicted a full-scale invasion and elimination of the multiverses by a being known as the Anti-Monitor. Most of the heroes and villains of every world teamed-up to fight back, and there were casualties in every corner… Including Barry Allen himself. The hero valiantly sacrificed himself to prevent the Earth from being destroyed by the Anti-Monitor’s anti-matter canon. 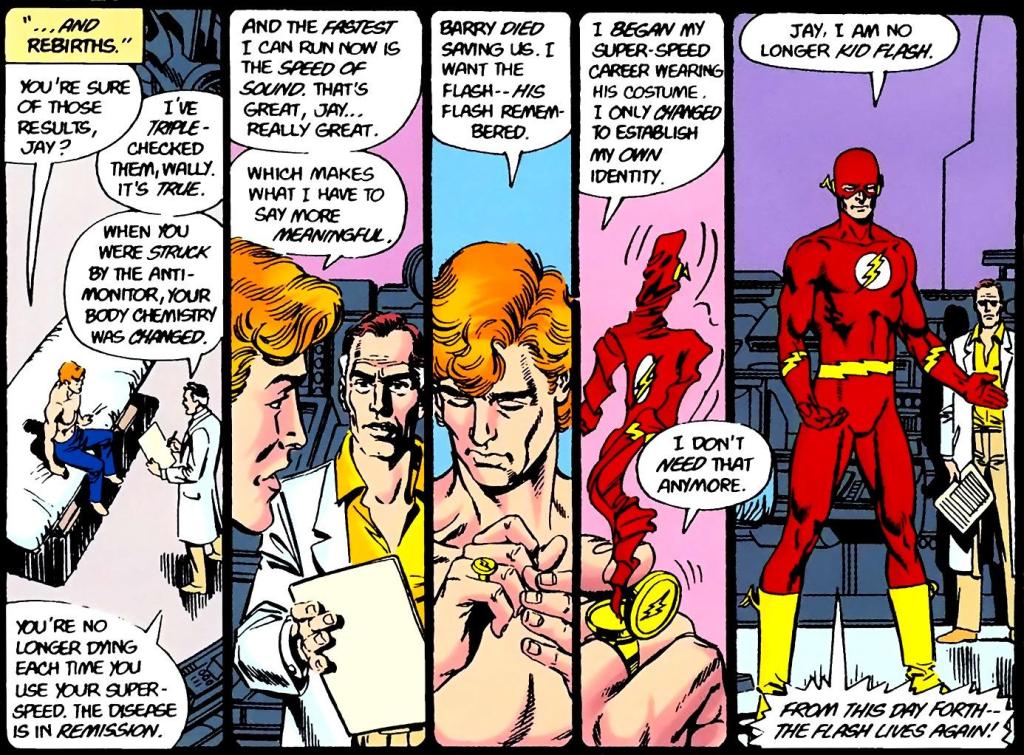 In the wake of his demise, the multiverse came to exist as one unified DC Universe alone, and the mantle of The Flash was passed on to Barry’s nephew by marriage and Kid Flash protege, Wally West. 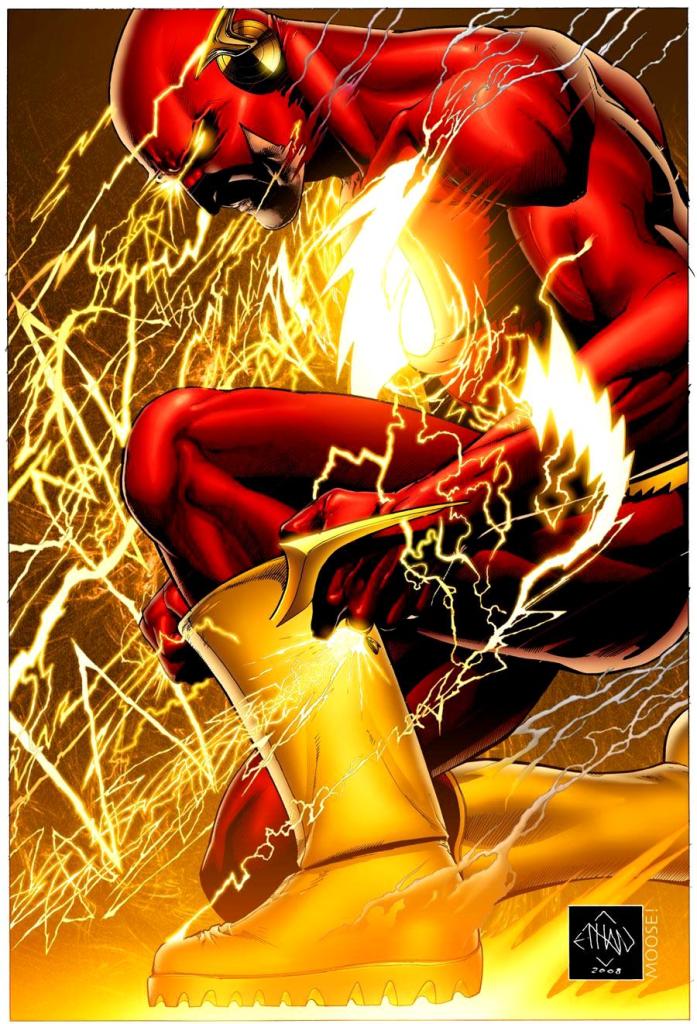 The Rebirth and the Reboot

In 2008, twenty-three years after his noble sacrifice in Crisis of Infinite Earths, Barry Allen made his long awaited return to the DC Universe. In the pages of the crossover event called Final Crisis written by Grant Morrison, Allen returned to the land of the living, reuniting with his fellow speedsters in Jay Garrick and Wally West and going on to play an integral part in saving the world from Darkseid’s return and invasion using the Anti-Life equation. 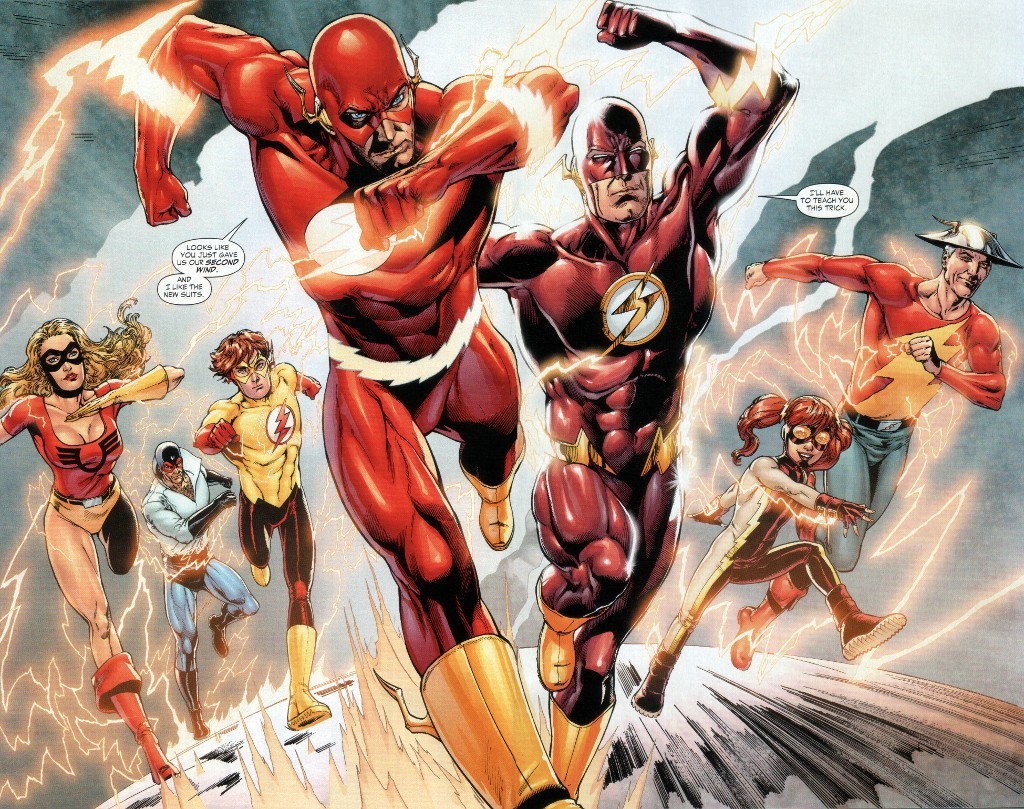 Barry’s comeback would further be cemented in the 2009 miniseries “The Flash: Rebirth“, which was written by Geoff Johns and pencilled by Ethan Van Schiver – the same creative force behind the return of Hal Jordan/ Green Lantern in 2004’s “Green Lantern: Rebirth“. The story would reestablish Barry as the main Flash of DC Continuity, as well as expound on his relationships with The Speed Force, his Flash Family of supporting characters, and his main nemesis in Eobard Thawne, aka Professor Zoom/ The Reverse-Flash. 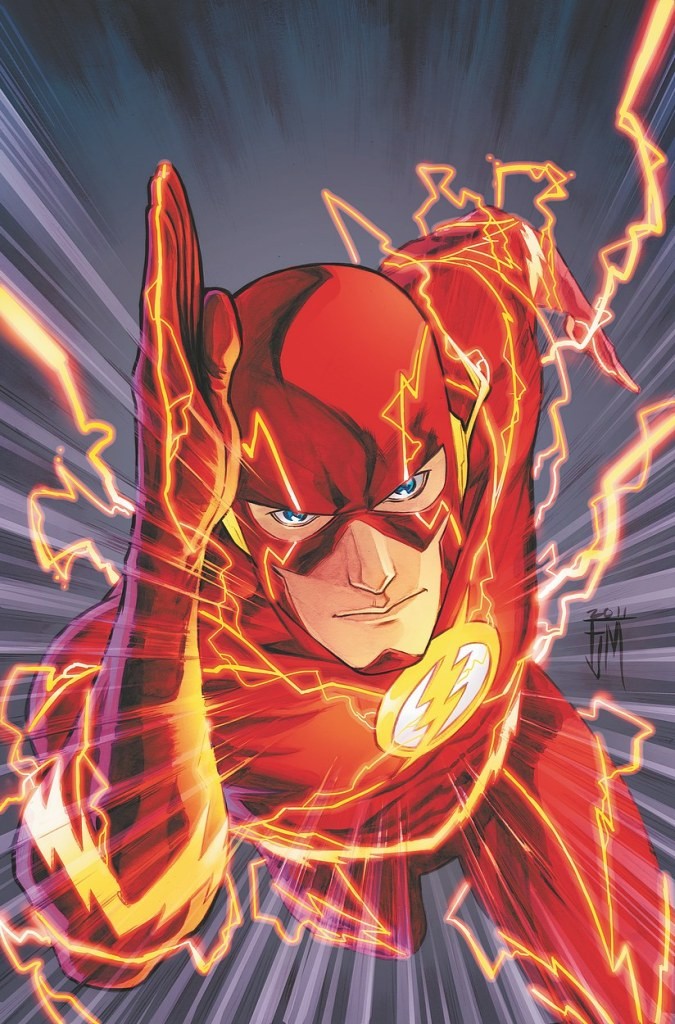 The Flash: Rebirth would serve as a springboard to bring the Silver Age hero his own ongoing series once more, which would run until DC Comics’ relaunch of it’s entire comic book universe with “The New 52”, which rebooted most of the DC Universe as well. Barry Allen’s history as The Flash was also retold as a result, with new adventures and facets of the character to explored by new creative teams for a new generation of readers.

Discover What Makes A Hero

Now, at the eve of the premiere of the new ongoing series, things come to a head with Flash history as a new chapter in the legacy of the Scarlet Speedster is about to begin. This will be the newest incarnation of the character since the 1990’s Flash live-action TV Series starring John Wesley Shipp as Barry Allen/ The Flash, and the timing couldn’t have been more perfect, as the character celebrates his 58th birthday this year as well. Speaking of Mr. Shipp, the legendary actor will also star in the CW Flash TV Series as Henry Allen, father to Grant Gustin’s Barry Allen.

It all comes full circle, and all it takes to discover what makes a hero is by tuning into the show’s premiere on your local cable network and schedule.

Catch The Flash premiere this Tuesday on the CW from 8/7c, and in The Philippines on Jack TV on Wednesday at 3pm and primetime at 8pm.