The Return of Damian Wayne! What the cover of Batman & Robin #38 could mean for Batman and the DC Universe 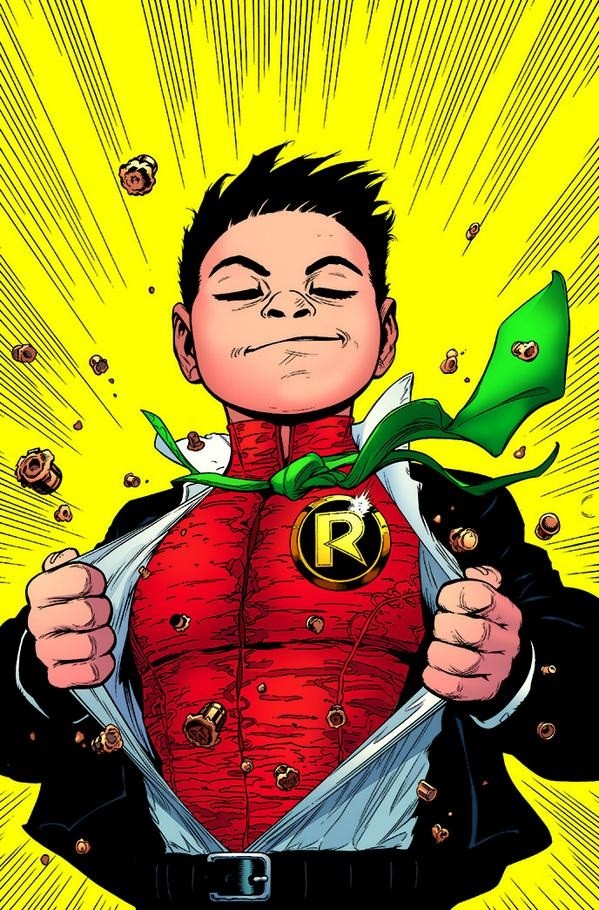 Yes ladies and gentlemen of the comic book world. Your eyes do not deceive you. That is Damian Wayne – son to Bruce Wayne and Talia Al Ghul and HEIR to the legacies of Batman and Ra’s Al Ghul… Seemingly ALIVE and BACK IN ACTION.

Just this week, DC Comics released their FULL January 2015 solicitations (as seen in Newsarama) for their upcoming comic book titles and related merchandise. Prior to that, writer Peter J. Tomasi revealed in his official Twitter account the cover image drawn by artist Patrick Gleason that everyone will see in that month’s release of Batman & Robin #38… The revelation of which Robin joins The Dark Knight following the conclusion of the “Robin Rises” storyline. 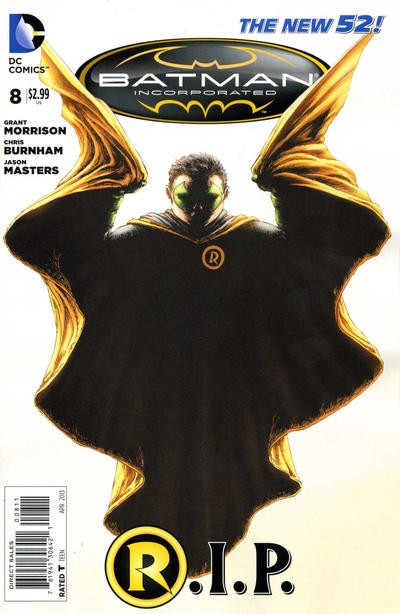 However, is this a red herring, or is there more to Damian’s resurrection than what we truly know? What does this mean for Batman and his world following the landscape changing events of “Batman Eternal“, and by extension the DC Universe in general?

With Damian back in the cape and cowl as the Boy Wonder alongside his father, his return after passing in the pages of Batman Incorporated #8 could simply mean that fans got their wish and the young boy who could literally make you love a snotty brat has returned to the land of the living. Yet we still don’t know the outcome of “Robin Rises“, which sees Batman trying to reclaim the body of his still deceased offspring from the clutches of Darkseid. The ruler of the Apokolips has sinister intentions apparently for Bruce Wayne’s biological child, and what that is will only play out in the midst of the storyline… Which could be hinted at the cover seen above.

On the other hand, if this is meant to divert suspicion that there’s more at work here and there could eventually be a REAL new Robin taking up the position of Batman’s sidekick, this is an effective means of throwing people off. Damian could simply play into the story once more as a “legacy character” making a temporary comeback, ushering in the path that the new Teen Wonder will have to live up to. Possible futures and new characters introduced have made this one outcome that could happen. Whoever that is, be it Carrie Kelley or even Duke Thomas, it will certainly carry over to the rest of the Bat Family, and by extension the entire DC Universe in general.

Come January, we’ll find out just how this development of Damian’s return plays out with Batman & Robin #38.