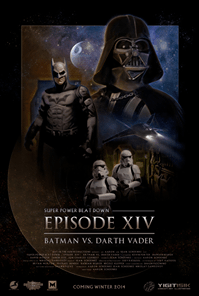 It’s the fight that some have considered and many have speculated to be overpowered by both sides… And now the people from film studio Bat In The Sun have released their latest entry in their epic and long-running “Super Power Beat Down” fan film series that sees DC Comics’ own Dark Knight facing off with none other than the fearsome and malevolent “Dark Lord of the Sith“.

And since it’s Black Friday, here’s it is in case you missed it earlier this week – Batman vs Darth Vader!

- Advertisement -
Please with the result or not?  Without giving away the ending, the Bat In The Sun Facebook page has stated that there WILL BE MORE stuff coming out related to this Beat Down, which includes a backstory as to how Superman was captured in the first place, as well as an ALTERNATE ENDING to the conflict between Bruce Wayne and Anakin Skywalker’s alter egos.

Still, even with this iteration of the classic dream match done and filmed, what would be your take on the whole “Batman Vs Vader” battle? Will The Caped Crusader’s brilliant mind and physical prowess trump Lord Vader’s might and mastery of the Dark Side of The Force? Let’s weigh down the pros and cons of this “challenge” between two of the mightiest characters ever seen in the pop culture spectrum. 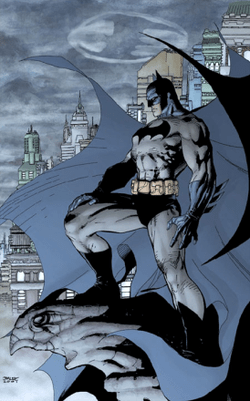 Bruce Wayne was born into a wealthy family. His parents Thomas and Martha Wayne were both known for their philanthropist ways and charity work, as well as Thomas Wayne’s reputation as a renowned doctor in Gotham City.

All that changed in one night when the eight-year old scion of the Wayne family was orphaned after a criminal gunned down his mother and father for petty theft in Crime Alley. Forever changed by the experience of losing his parents, Bruce swore upon their memory that he would fight the criminal element that took their lives, taking it upon himself to study, train, and master his body for a seemingly impossible crusade to come.

After travelling the world and getting the skills her required for his mission, Bruce set to work and adopted the guise and symbol of a creature of the night… Namely a Bat. With the help of his faithful butler Alfred Pennyworth, he created an identity for himself and collected the necessary tools and materials to help him wage his war on crime.

Donning a cape and cowl, Bruce Wayne became known as the “Batman“, striking fear to the superstitious and cowardly and making it his mission to fight crime and deliver justice the right way despite working outside the law. Vowing never to take a life, he works alongside the likes of allies like Police Commissioner James Gordon, Robin The Boy Wonder, Nightwing, Batgirl, and others who share his vision of making Gotham City and the world a better place. Batman also is a prominent figure and the quiet mind behind the “Justice League“, working alongside heroes like Superman, Wonder Woman, The Flash, and Green Lantern.

Being “The World’s Greatest Detective” and always thinking one step ahead of the game, Batman’s always “made the impossible possible” and has some clear “back up plan” if things ever went sour on his part. There’s a reason why he’s also one of the most popular superheroes in the planet too – He’s very human, and his experiences are something that everyone can relate to.

Being human comes at a cost – Batman doesn’t have any super powers and has to rely on every gadget or trick he learned to get himself one step ahead. Also, he’s sworn never to take a life… Giving his enemies every reason to exploit this fact and come back again and again.

Also, The Batman in the video is the Arkham Origins Batman, making him a very inexperienced Dark Knight before he became a legend. 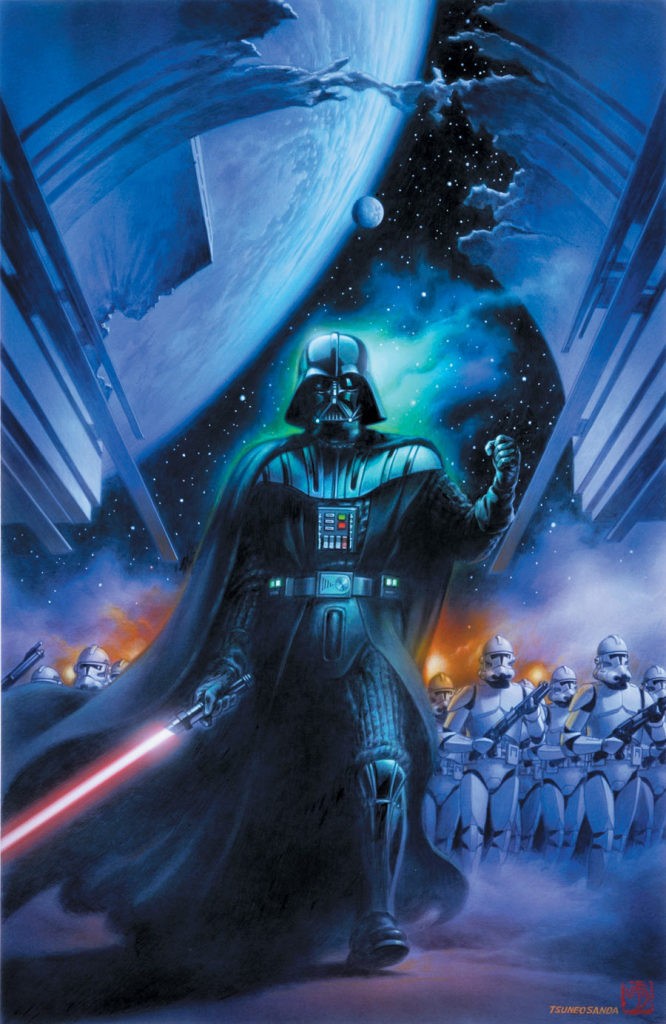 The corrupted form of Anakin Skywalker after being swayed to the “Dark Side of The Force” by Darth Sidious, Darth Vader is everything that makes the Galactic Empire what it is – full of fear and power the likes of which the universe has never seen. Born into slavery in the desert planet of Tattooine, the future Dark Lord of the Sith was once an innocent boy named Anakin, who dreamed of being free and was a gifted pilot and engineer. He was then found by Qui-Gon Jinn and seeing potential in the boy, was requested to be trained by the Jedi Master. Unfortunately Qui-Gon is killed after battling Darth Maul, and thus his Padawan and apprentice Obi-Wan Kenobi takes it upon himself to train and raise Anakin to fulfill his Master’s wish and belief that the boy is “The Chosen One” who will bring balance to The Force.

Years later, Anakin grows up to be a promising Jedi Knight under the tutelage of Obi-Wan. Despite being somewhat reckless and arrogant, he shows great potential and fights for the safety of the Galactic Republic. He soon reunites and falls in love with Senator Padme Amidala, former Queen of Naboo and whom he developed a close bond with as a child. Their romance continues through the years and eventually they marry in secret. Unfortunately, tragedy follows when Chancellor Palpatine, aka Darth Sidious in disguise, successfully manipulates and sways Anakin to the Dark Side after the young man sees visions of Padme dying and desperate to find a way to save his love. Christened Darth Vader, he ends up leading the charge in executing the Jedi and ends up battling his own mentor Obi-Wan on the planet Mustafar. Losing to his former master and badly mutilated and burned in the process, Vader is rescued and revived as a cyborg by Palpatine, and his transformation is thus completed.

Many years later during the “Original Star Wars Trilogy” saga, Darth Vader meets and engages with both of his children in Luke Skywalker and Leia Organa, and is redeemed by his son when he saves the boy from his own Dark Master Emperor Palpatine, dying but now as Anakin Skywalker once more.

With mastery over the Force and being a trained Jedi Knight/ Dark Lord of the Sith, Darth Vader is everything that represents power and ruling the universe with an iron fist. Only those who are brave and can overcome any of Vader’s dark methods stand a chance of winning… Otherwise, stay back and pray you don’t encounter this man/ machine hybrid of a killing machine.

Now restricted to a cyborg body and requiring a breathing apparatus to sustain him, Vader’s weaknesses are considerable and many, but he rarely allows them to be exploited. His lightsaber skills are also limited as a result, and has had to compensate by changing his style to better suit his new position. 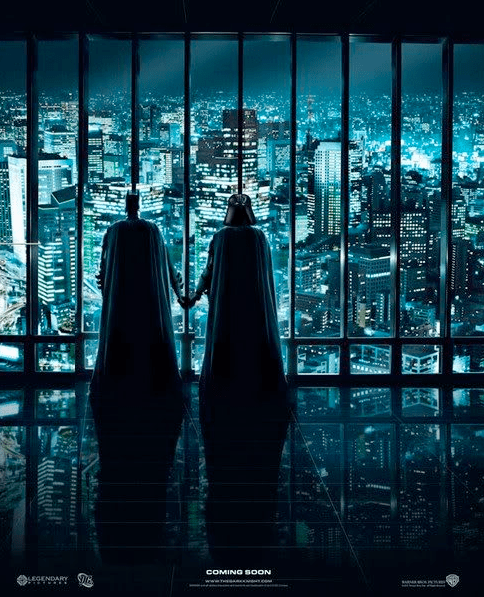 So with the Bat In The Sun Super Power Beat Down result pretty much in effect, do you agree with it? Or should Bats and Vader just get along and hold hands? 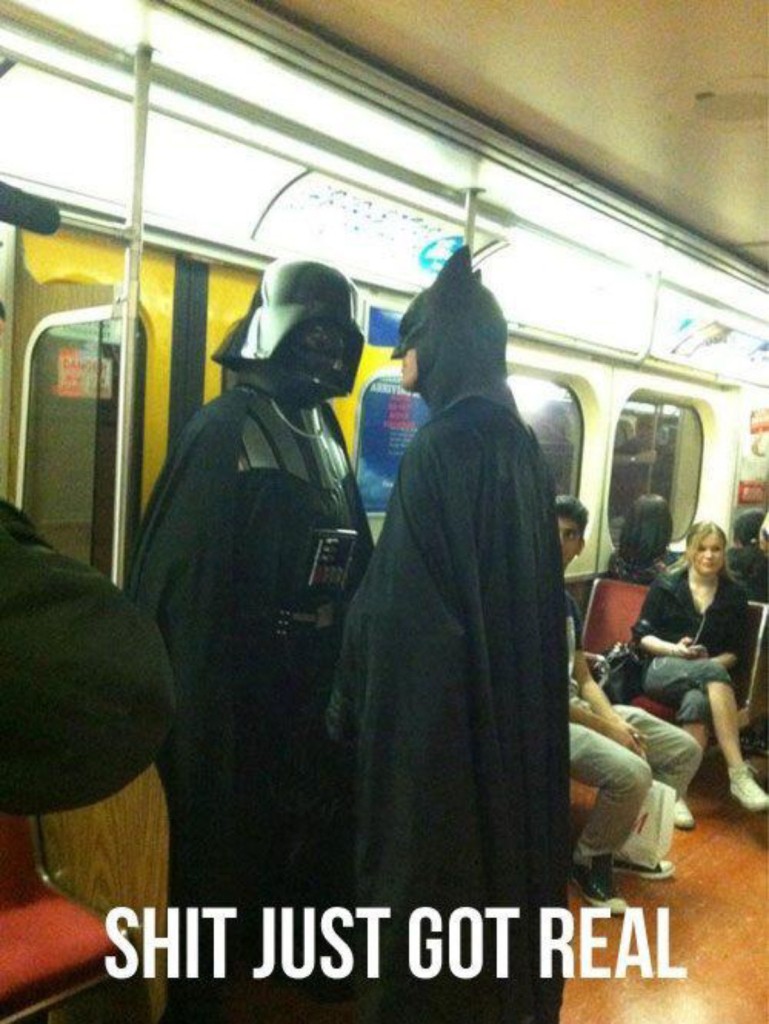 Or, there’s also the battle between Toronto Batman and Chad Vader.…

Either way, the pieces have been set and the video has been made. Check out more bonus stuff and stay tuned from Bat In The Sun via their Facebook page! 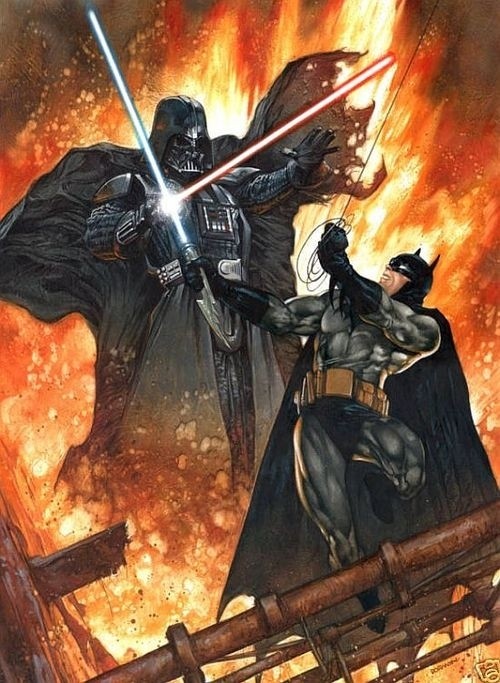 Also, belated Happy Thanksgiving and Black Friday to you all!