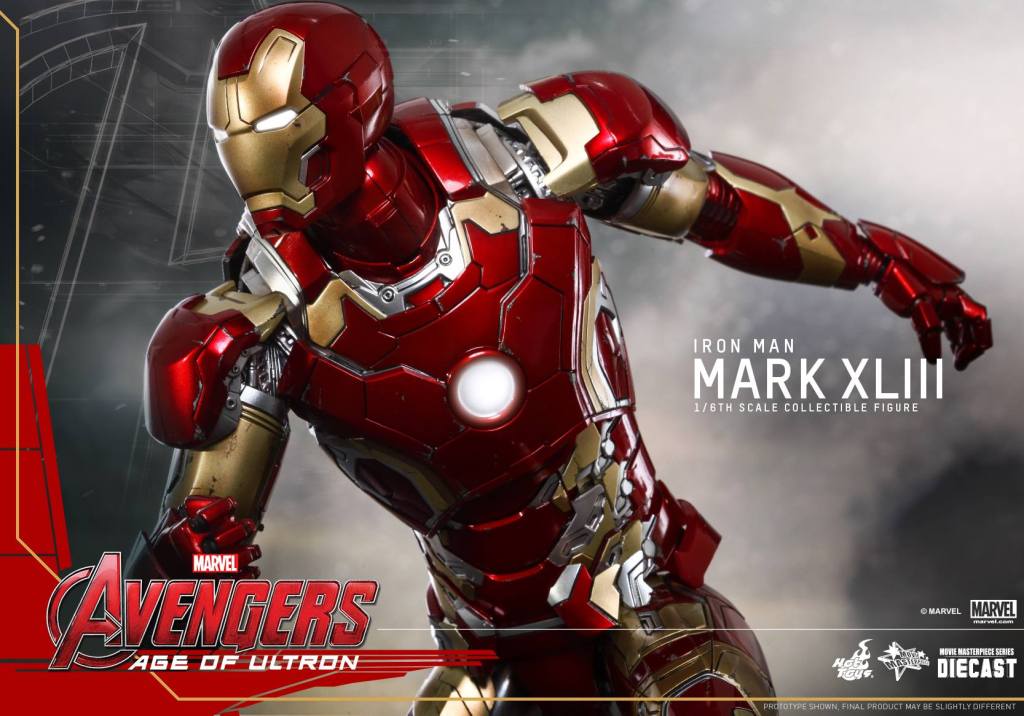 Looks like collectors are going to be very pleased when 2015 comes rolling around, as not only will the year usher in one of the most anticipated superhero movie sequels ever, but also a new Diecast Collectible Figure that’s exclusively made by Hong Kong based company Hot Toys as well! 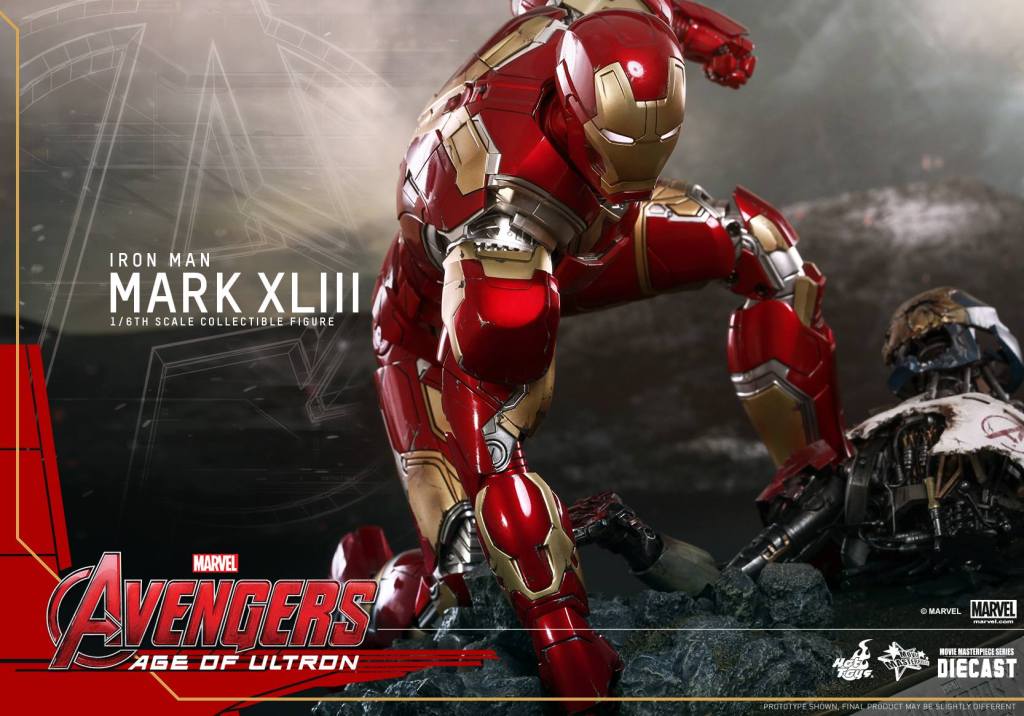 Revealed in their official Facebook page, the company has uploaded some pretty neat pictures of the packaging to the upcoming “Mark XLIII” 1/6 scale action figure that they’ll be releasing very soon! Following in the footsteps of its predecessors, the toy is guaranteed to be a sought after product for collectors and enthusiats, especially those who have started on their Iron Man “Hall of Armor” collection and have the rest of Tony Stark’s “toys” in their stash as well! 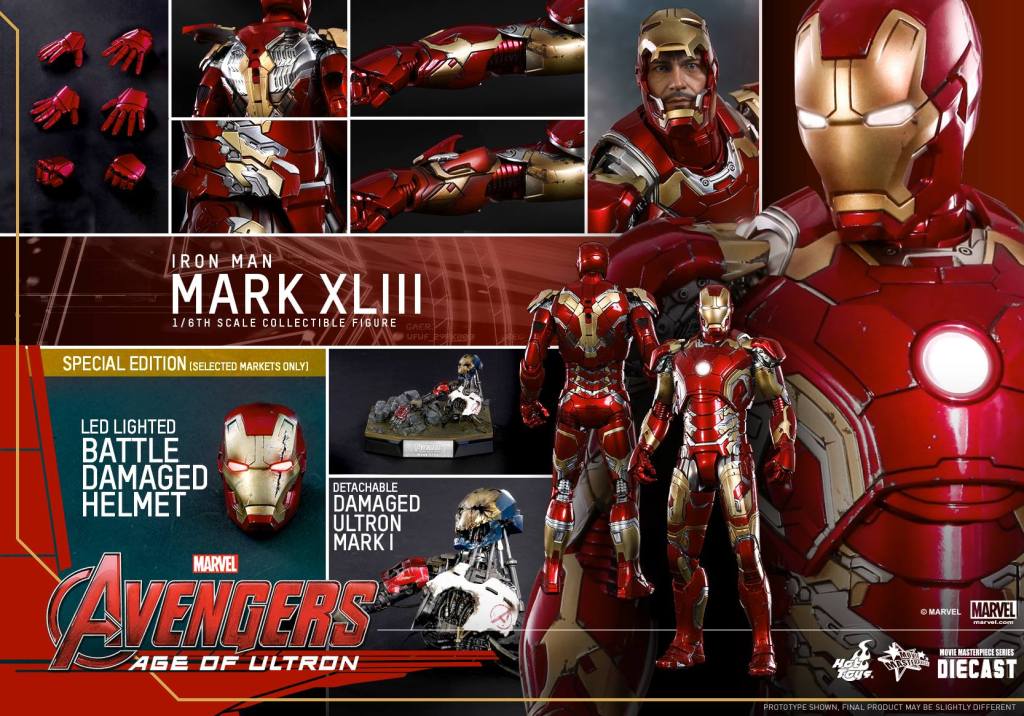 In addition to the usual accessories, interchangeable parts, points of articulation, and attention to detail the company has made a reputation in putting to their toys so well, the “Mark XLIII” Iron Man figure also has a display stand that has a detachable “Damaged Ultron Mark I” accessory, as well as a head sculpt patterned after the likeness of actor Robert Downey Jr. as he appears as Tony Stark in the movie! An “LED Lighted Battle Damaged Helmet” for the Special Edition release of this product is also featured, giving a glimpse of just how the armor will fare in the coming battle between Ultron and Earth’s Mightiest Heroes in the film next year!

No release date has been specified for the Mark XLIII, but Hot Toys is already accepting Pre-Orders!

Avengers: Age of Ultron will be released worldwide on May 1, 2015!