Katana Bookends: Flashy and the Samurai Way to Display Books

We’ve been doing a lot of Christmas shopping lately but we usually end up buying more stuff for ourselves than for others, haha! Take for example this really kick ass bookend set by Mustard called the Katana Bookends. They just reek of samurai epicness!

You obviously don’t impale an actual katana to get this visual. The box contains two metal bookends, a magnetic katana hilt, and a magnetic katana blade tip. You use the actual metallic bookends to prop up the books and then just place the opposite ends of the katana on your books. Here are a few more photos for your appreciation: 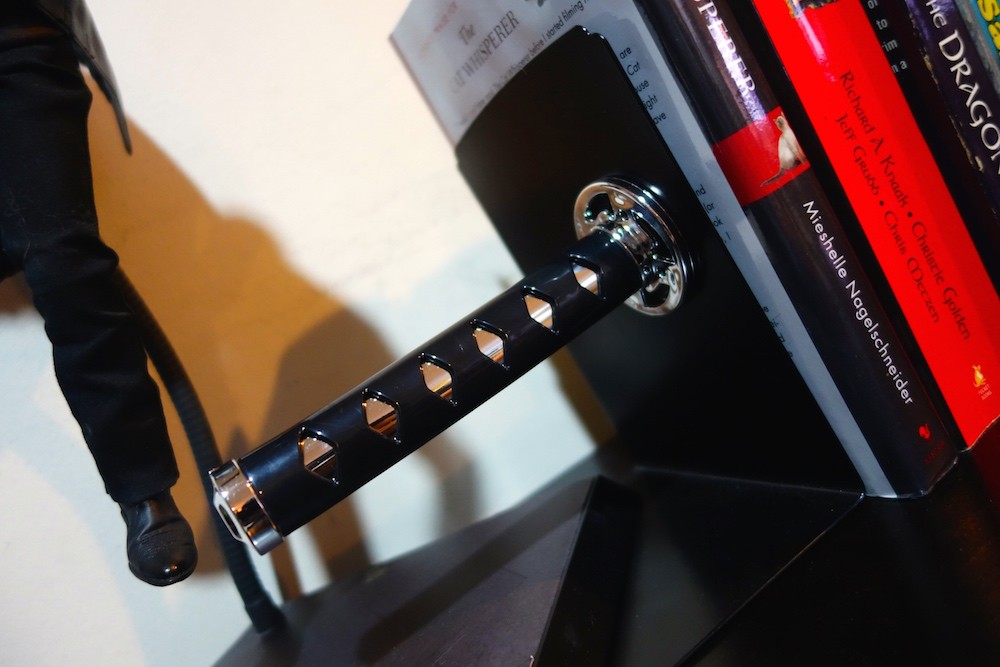 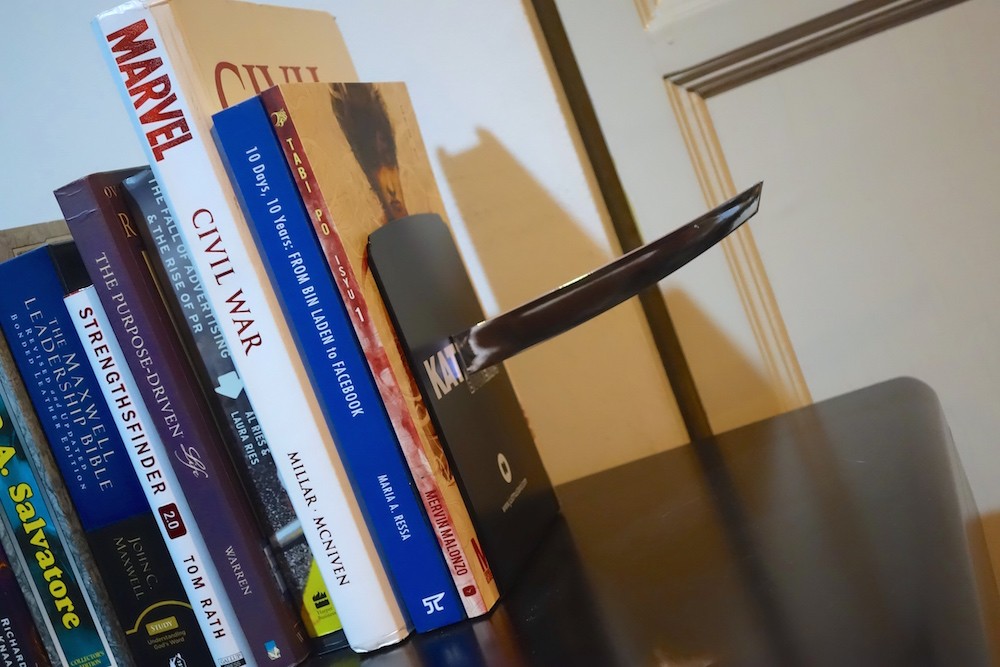 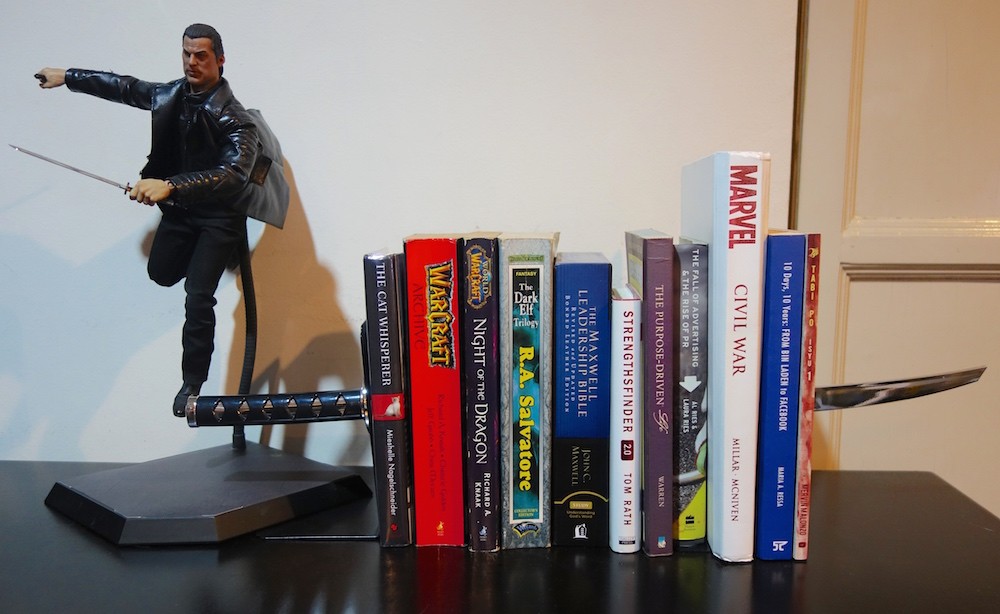 Looks awesome right? Well, as it turns out we’ve been using them the wrong way! Apparently you can slide in the black metallic ends so that it will look like the hilt and the blade are actually piercing the books. Here’s a demo video of how it was supposed to have been done.

If you want one take a quick trip to QUIRKS Novelties and Curiosities. They have several branches already in different malls. Our favorite branches are the ones in Power Plant and in Shangrila. The Katana Bookends sell for Php1,750.