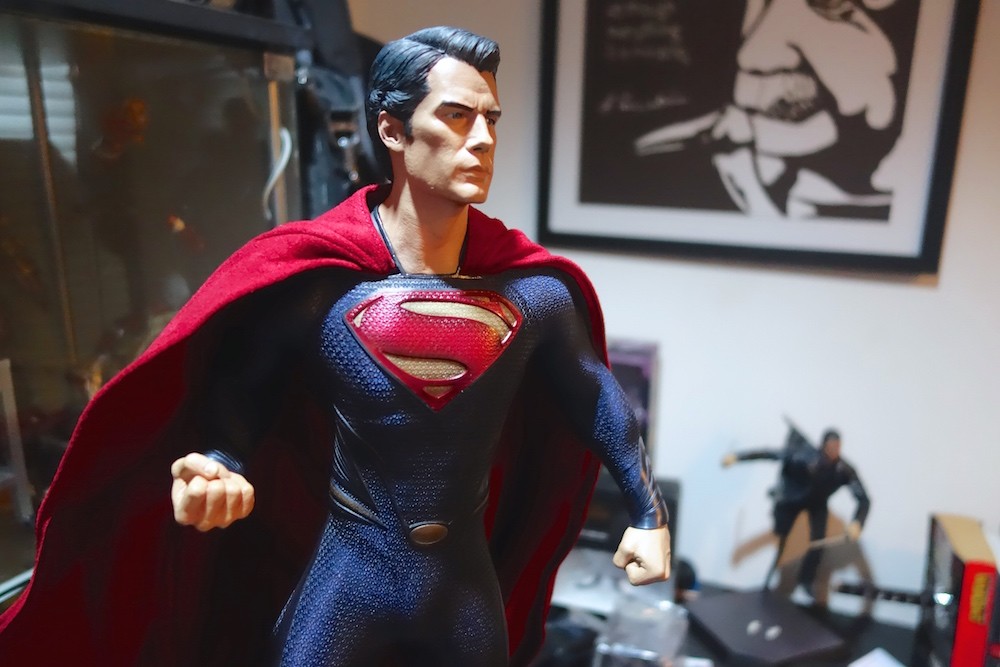 Sideshow Collectibles Takes on the Man of Steel

“My father believed that if the world found out who I really was, they’d reject me out of fear. He was convinced that the world wasn’t ready. What do you think?”

-Clark Kent, Man of Steel
As a late Christmas gift to ourselves we decided to buy the newest Superman premium format statue from Sideshow Collectibles. Standing an impressive 21.5-inches tall, this 1/4th scale replica statue of Superman from the movie Man of Steel is a fantastic collectible for Superman fans. Sideshow Collectibles was spot on with the likeness of the figure from the minute details of the face down to the rocky base/stand.

There are several impressive features about this statue. First there’s the hand tailored fitted suit. It’s actually real cloth that they used that was put on the PVC statue. They got everything right from the texture to the design of the body suit (they even got the bracers right which was awesome). Next we have the fully poseable fabric cape. The cape has a wire running along its edges which lets you bend and pose it in a variety of ways.

Next we have the base. This is the heaviest part of the figure as it’s made from polystone. It features jagged rocks with slots on where you can put Superman’s feet on. Underneath it has the Superman logo with the number of the unit. As with all Sideshow Collectible Premium Format figures, this is limited. For this one there were only 3,000 statues made. We have #241. Sweet.

Over-all we’re pretty much happy with it. Our main concern initially was that the figure itself was made from PVC and not polystone (like the base or other statues previously made by Sideshow). However it doesn’t really make too much of a difference unless you pick it up. We also appreciate the lower price point and the fact that it’s limited still means we can expect it to maintain (or hopefully increase) its value over time.

Here are a few more photos that we took of the figure: 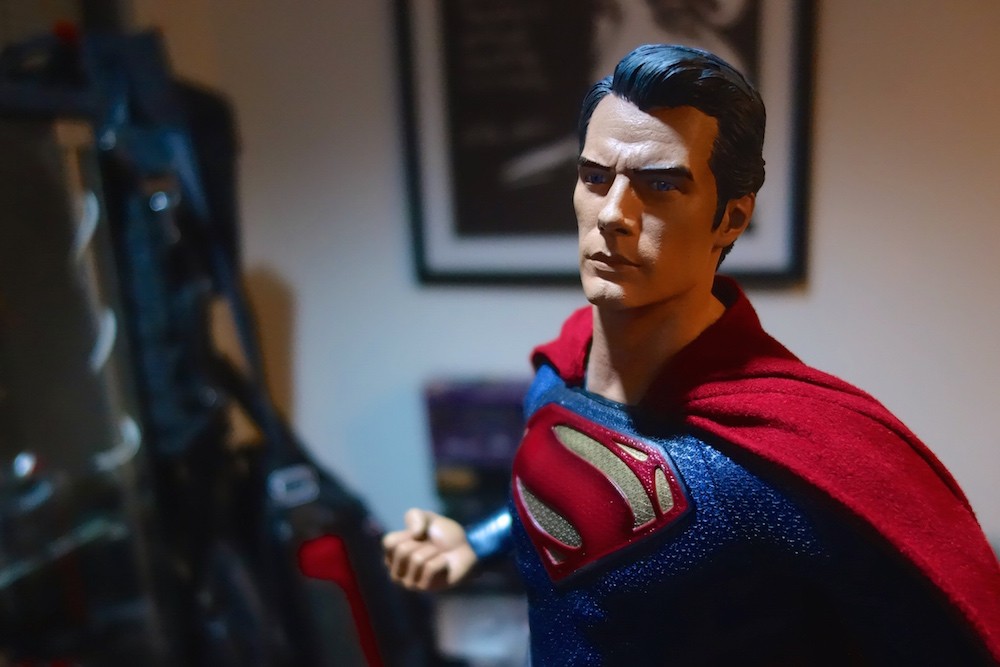 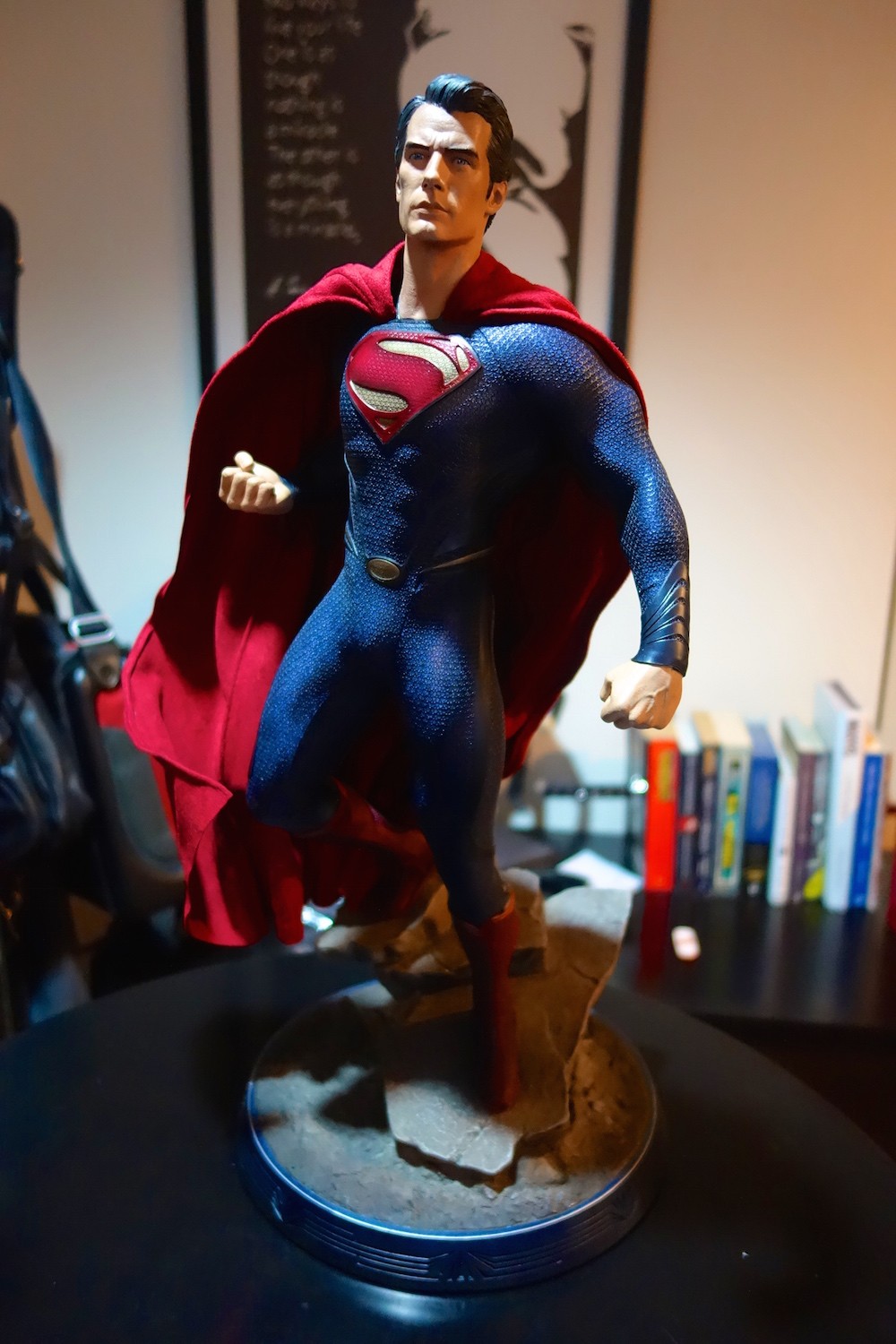 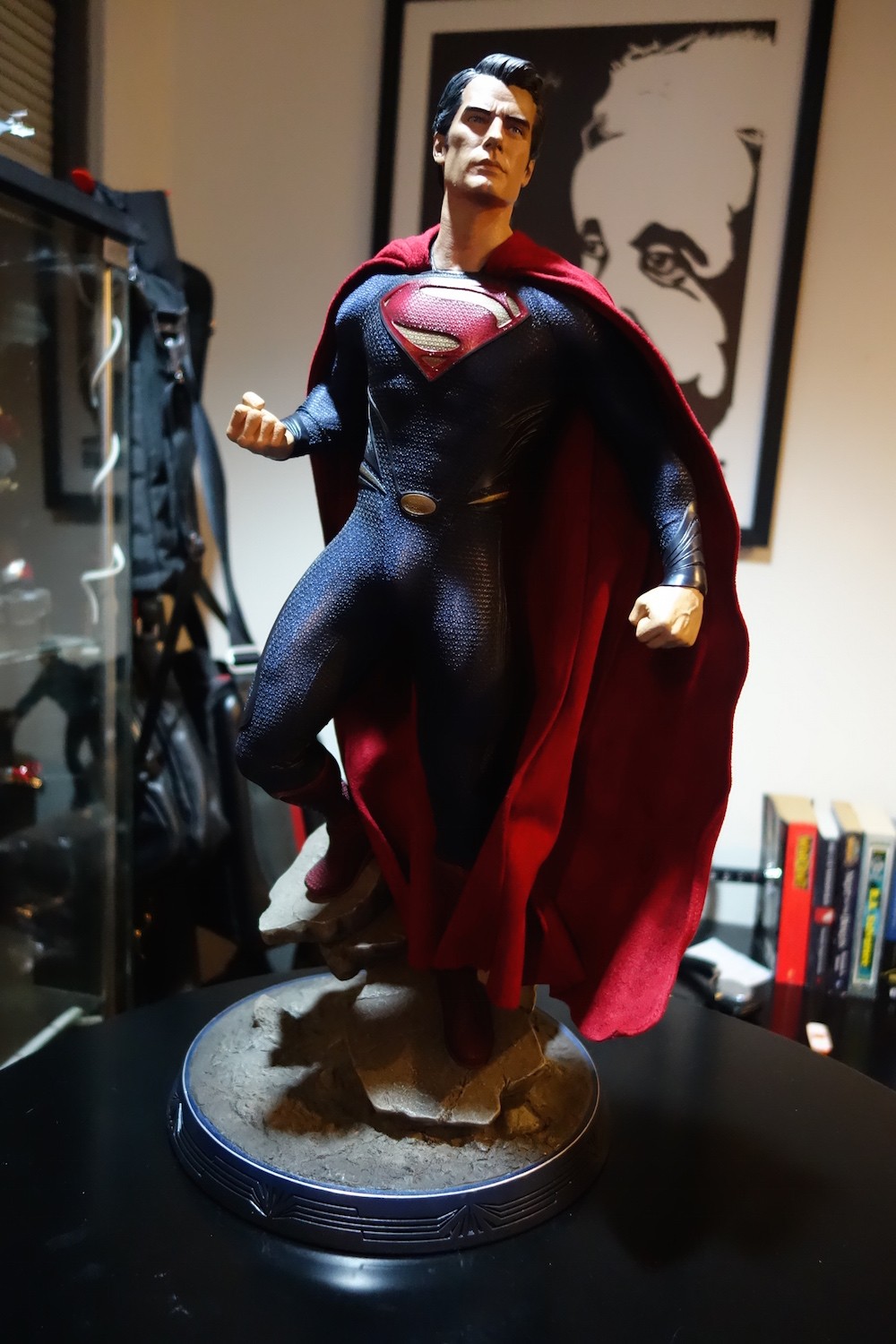 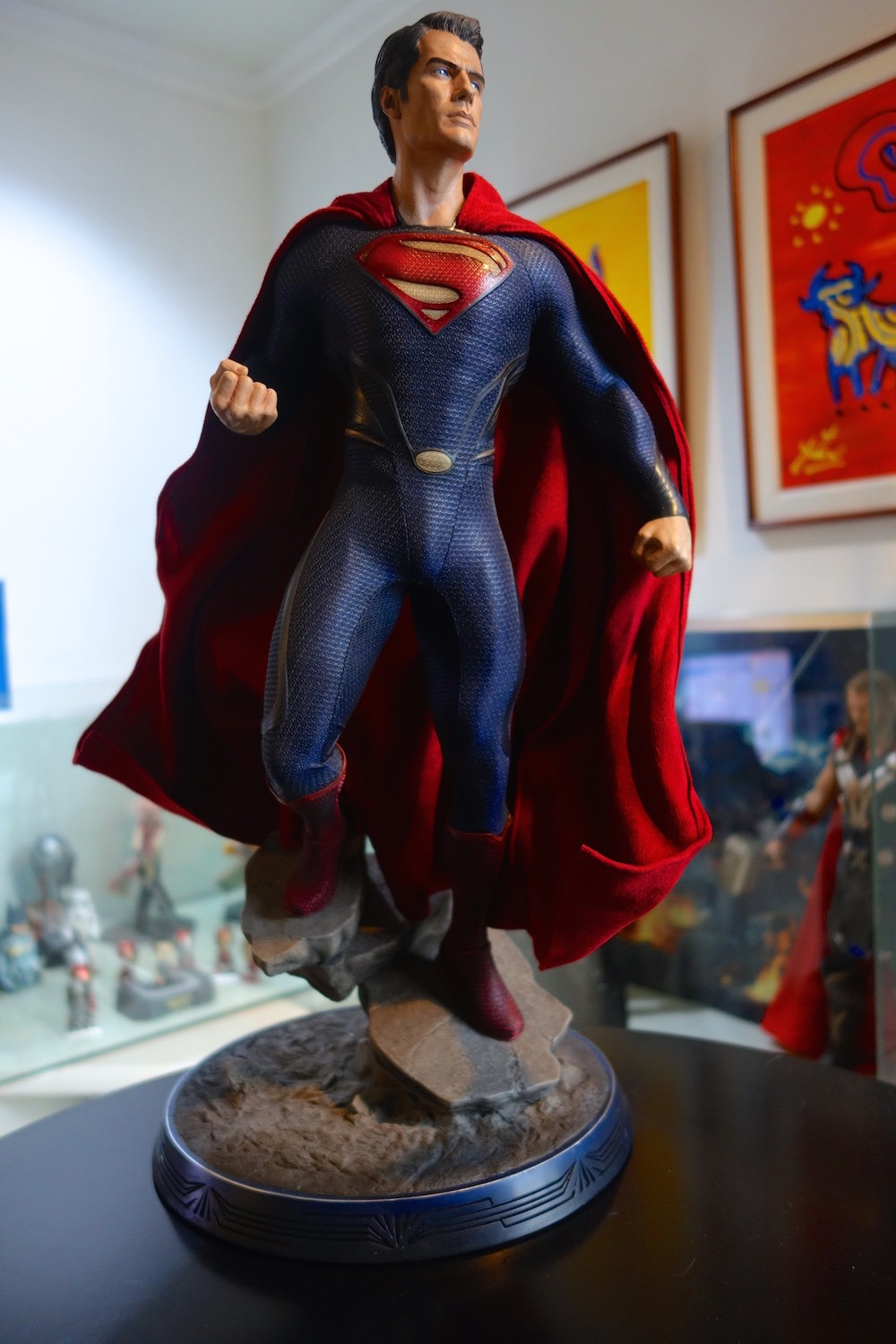 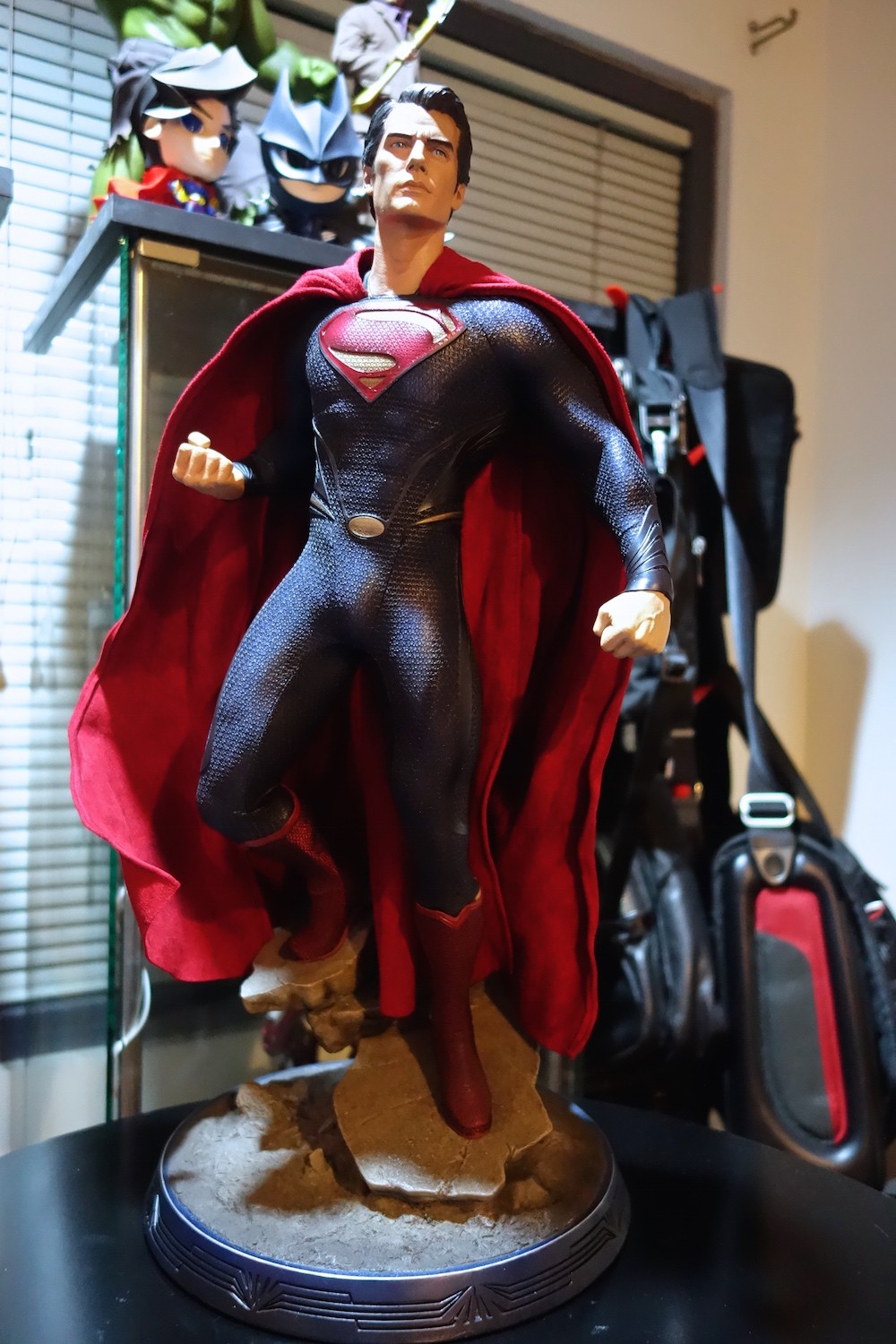 Right now Maxicollector is selling this figure for Php18,500. However they only have a few units available (3000 only made in the world). If you want one, better head over and get one asap. Maxicollector has branches in Greenhills Vmall (where we got ours), Bonifacio High Street, and Power Plant Mall.