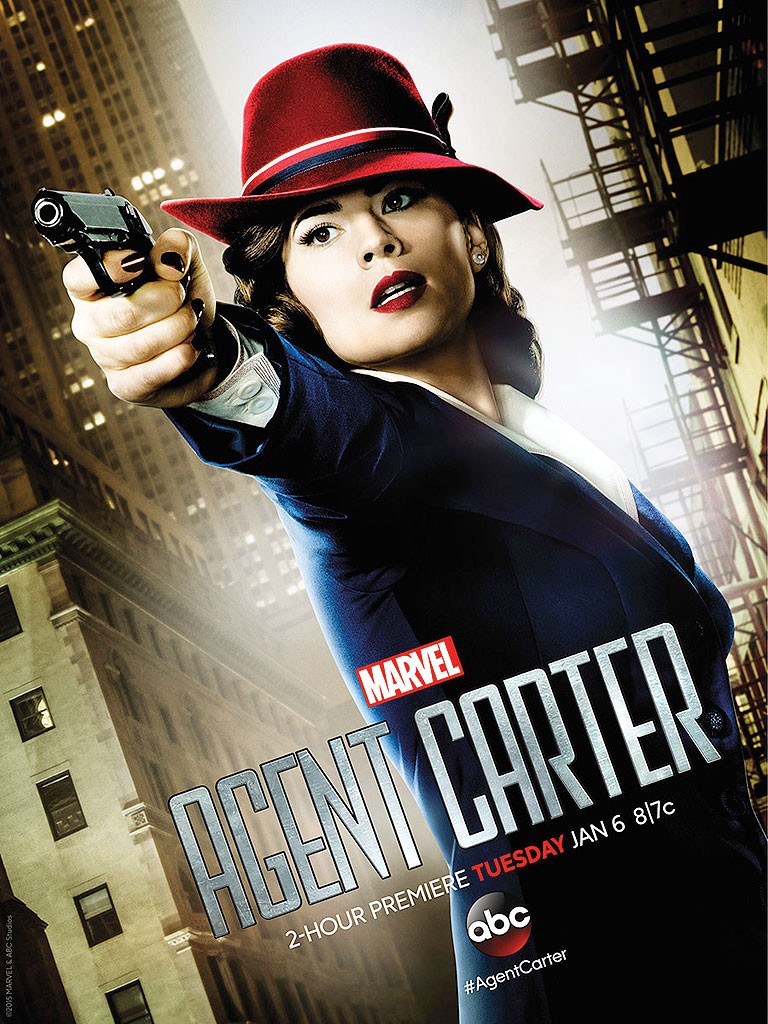 Getting ready to jump into TV sets on the first month on the new year, ABC and Marvel Studios have released a brand new one sheet via People.com showing Hayley Atwell back in action as Agent Peggy Carter, in the brand new Marvel TV Series that’s set in the past and taking over while Marvel’s Agents of S.H.I.E.L.D. goes on hiatus – “Agent Carter“.

As a spinoff following the events of “Captain America: The First Avenger” and still set in the ever expanding Marvel Cinematic Universe, Agent Carter follows Peggy as she reunites with her Strategic Scientific Reserve teammate Howard Stark (Dominic Cooper) and set off to create a peace keeping organization (the future S.H.I.E.L.D) that safeguards the world. Back on the field and ready to dish out some punishment against the forces of evil, Agent Carter is a woman on a mission… and won’t be intimidated so easily by anyone, be it any regular joe or a HYDRA agent.
- Advertisement -