As the build up to the movie’s release becomes closer than ever, more material promoting Marvel Studios’ Avengers: Age Of Ultron has surfaced online, showing some clear and exciting artwork of Earth’s Mightiest Heroes gathered together to fight their newest foe – the evil sentient A.I. known as Ultron!

Via Comic Book Movie and Facebook group page Tony Stark Sincero, a batch of nifty new promotional artwork arrives  -showcasing the team assembled and ready to fight their newest foe that is the accidental creation of an unwitting Tony Stark/ Iron Man. These images are even poster worthy, and include one of the newest members of the superhero group – the heroic android known as The Vision!

That’s not to say that the heroes alone get all the attention though, as there’s also promotional artwork of Ultron himself – standing victorious and taunting the remains of signature items belonging to Earth Mightiest Heroes, such as Iron Man’s helmet and Captain America’s Shield.

Then there’s concession stand and items you can pick up before watching the film, such as these tumblers.

Plus, the little nifty toys attached to it which includes Thor, Hulk, Ultron, and even Hulkbuster Iron Man. 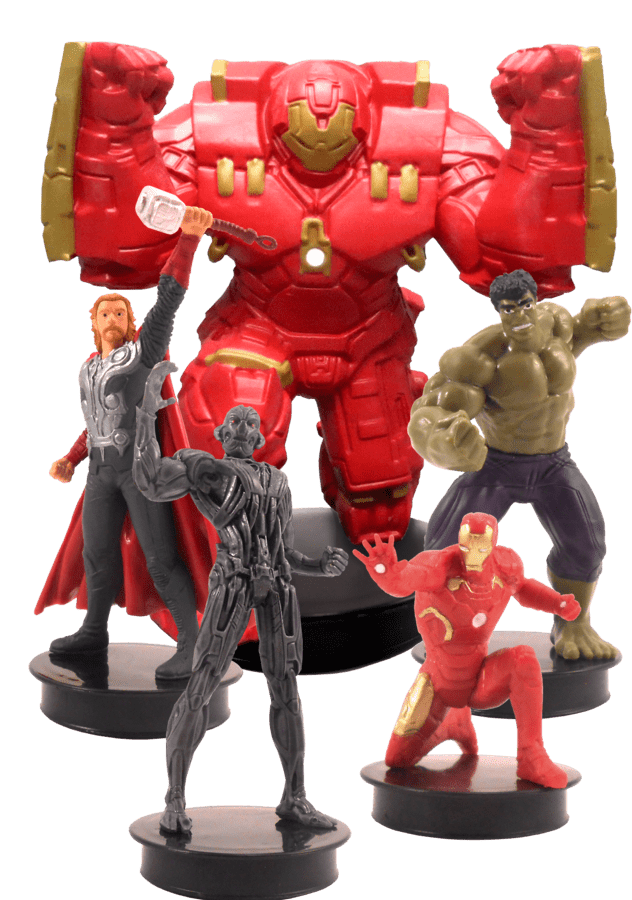