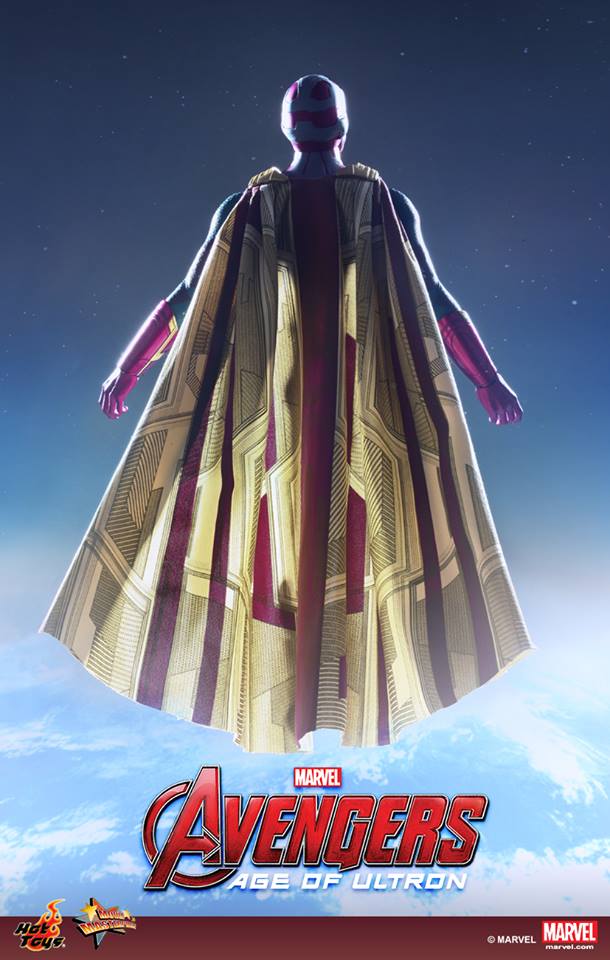 In case we needed any more reminders of how awesome their action figures are, Hong Kong based company Hot Toys is teasing fans and collectors of another upcoming release that is sure to tickle the fancy of fans looking forward to Marvel Studios and Disney’s upcoming superhero film that is “Avengers: Age Of Ultron“… And that’s the upcoming 1/6 scale action figure of the newest member of the team – The Vision!

In a new post in their official Facebook page, the 1/6 scale toy manufacturer posted a pretty awesome tease of the android  flying above the planet Earth. It’s no small secret either that this hero will be fighting alongside Earth’s Mightiest Heroes when the film hits later this month. Those looking to complete the team better watch out for this one!

Avengers: Age of Ultron hits theaters on April 22 in the Philippines!