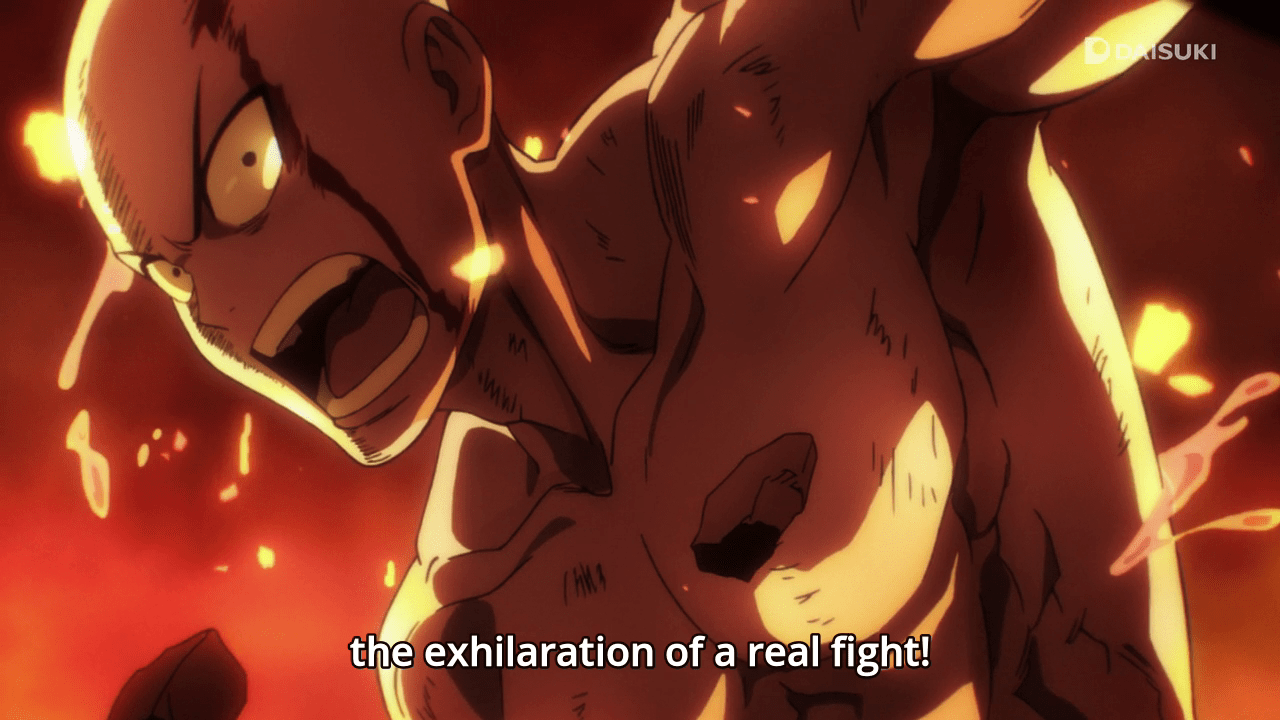 Warning: The following article contains spoilers. You have been warned.

We’ve been scouring the interwebs for the next anime to watch out for after binge watching all the Shokugeki no Soma episodes available and we think we’ve just found something special in an anime simply called, One-Punch Man.

The anime follows the life of an unemployed man whom, in his willingness to protect others, takes on the mantle of hero. He trains his body relentlessly to be able to protect the citizens of Tokyo and be the hero he knows he destined to be. Sounds like a pretty awesome anime, right?

But here’s where the series takes an interesting turn. He trains his body so well (he even goes bald in the process) and has become so strong that he is able to vanquish foes in a single punch. The pursuit of being a hero for fun has lost all its luster and he is now bored.

The series is completely over-the-top hilarious and is something you can bring on your mobile device without seeming like a complete perv (No fan service… yet). The series has just started and is on its first episode.

We are eager to see where they’re going to take it.