The Future Is Now – Happy Back To The Future Day!!! 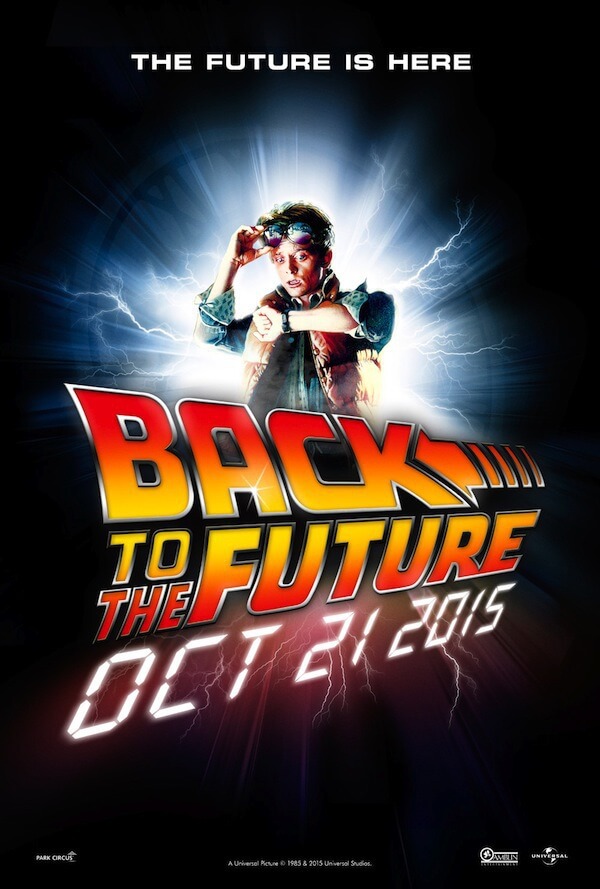 October 21, 2015 – In this day in film and popculture history, Doctor Emmett L. Brown (Christopher Lloyd) and Marty McFly (Michael J. Fox) successfully travelled to the future during the events of “Back To The Future Part II”, to prevent a catastrophe that would befall the future family of Marty and his girlfriend Jennifer. 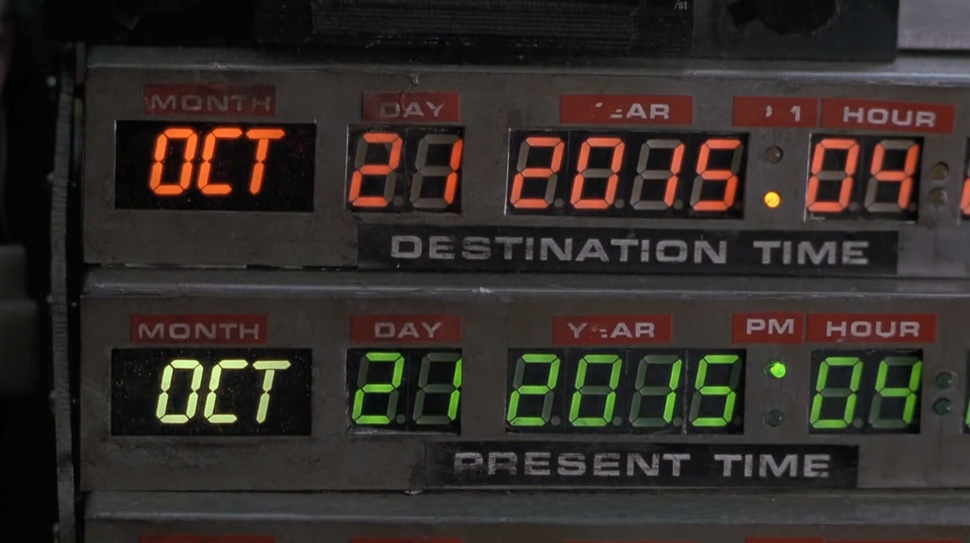 Who would have thought that this day would bring about quite a significance in the space-time continuum and fandom as we know it, as the whole world properly celebrates the arrival of the date that would be properly christened as “Back To The Future Day”! 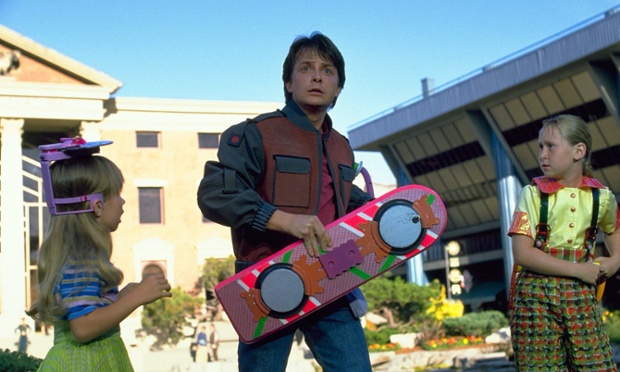 So “The Future Is Here”, and there’s certainly a lot of stuff from that film that haven’t made it to society as we know it today yet! Most telling is the “flying cars” and futuristic wear that would become significant items from that depiction of 2015, but there are some products that did make the cut as well as freaky coincidences predicted in the film that actually happened without anyone expecting it! Hover Boards haven’t been massed produced by Mattel like how it was featured in the film, though hopefully we’ll see that tech available someday for public consumption… We all could use it!

Pepsi actually made the “Pepsi Perfect” softdrink that Marty orders in the 80’s Cafe, and those limited edition Nike shoes he wears did see release, though without the self-lacing feature that made it so awesome to see at cinema during that time. The Chicago Cubs actually did make it to the World Series in 2015, but winning is another story that’ll soon unravel in time.

While Mr. Fusion hasn’t been invented the same way as the film showed Doc Brown using trash as fuel to power the Flux Capacitor (which makes Time Travel Possible), one man managed to do something similar and convert actual trash to fuel, which Michael J. Fox and Christopher Lloyd witness themselves in this video!

And of course it just wouldn’t be BTTF without The Doc celebrating and giving an important message on BTTF Day, so here’s Christopher Lloyd reprising his signature role as Emmett Brown and arriving on October 21, 2015! “Your future is whatever you make it… So make it a good one.”

Once again… Happy Back To The Future Day, everyone!

- Advertisement -
Previous articleWATCH: The new Star Wars: The Force Awakens Theatrical Trailer has been unleashed!
Next articleTELLTALE’S BACK TO THE FUTURE GAME MAKES FOR THE BEST SEQUEL TO THE BTTF TRILOGY