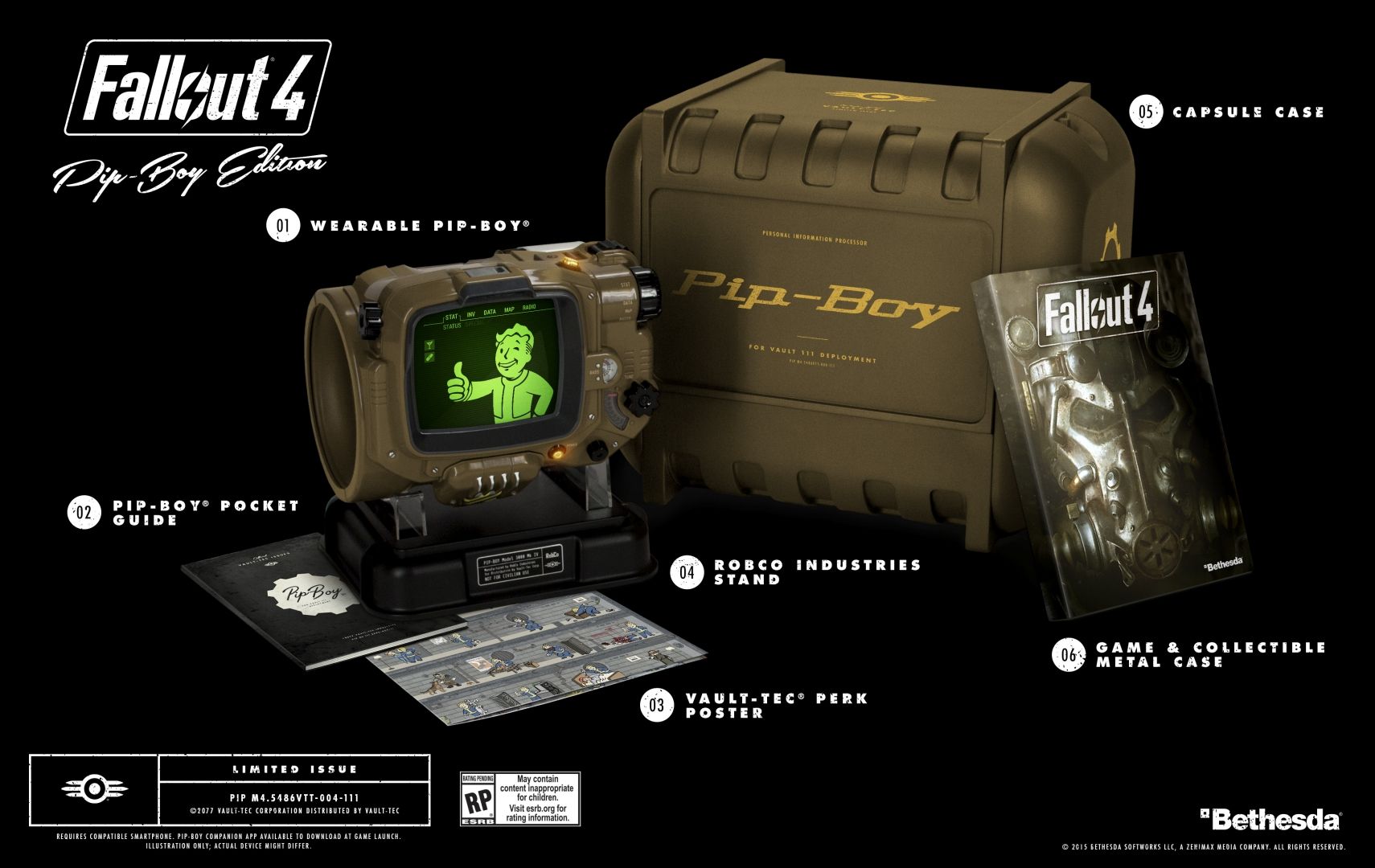 Welcome Vault-Dwellers and Wastelanders! In this article, we unbox the Fallout 4 Pip-Boy limited edition. The game was announced last June 3, 2015 and it was later said at E3 2015 that a collector’s edition will be available for pre-order. Fast-forward 5 months and, now, we have this wonderful plastic contraption in our hands (Or more specifically, in our arms!) So without further ado, let’s get on with the unboxing!

The box, or capsule-case, is made to look like a container that can withstand a nuclear apocalypse. The attention to detail is amazing on the front and back of the box. The material looks sturdy enough and I can imagine using this for other storage purposes.

Upon opening the box, I was expecting a de-pressurizing sound with smoke coming out. .. There was sadly none of those but I was greeted first by seeing the steelbook case on top of the actual Pip-Boy itself. Underneath the steelbook contained the instruction manuals for the Pip-Boy which I didn’t bother to read. (Because come on, who here reads manuals nowadays?)

Inside the game case contained a very cool poster of the perk chart used in the game. Previous Fallout players will find this quite handy in determining what character build they can min-max on. It’s a nice compliment to the Nuka-Cola poster that is included when you pre-order.

And now we move on to the pièce de résistance… The actual Pip-Boy 4000 itself! The attention to detail is amazing and the sculpt is really well made. At first glance, the plastic material they used, to be honest, looks like something they could’ve done better with but then I considered that maybe they made it as such so that it would feel light and easy to wear. It’s definitely screaming COSPLAY! Also, it comes with a stand that holds the device so you can put it in a glass container to be broken in case of a nuclear fallout. 😀

Upon closer inspection, the dials and knobs actually turn here. They don’t really do anything while playing the game but, still, it’s a nice touch and I’m glad they added it as an additional function. There is also a working light on both the top and bottom of the device. Again, very nice for cosplaying and taking pictures with.

Of course, it wouldn’t be complete without me wearing it! It didn’t take long to figure out how to place it in my small and scrawny arm (take that manual!). Overall, it feels quite comfortable and light, the Velcro supports well in securing the device from unnecessary movement and the foam padding inside is like the same soft material used in some of the naughty anime mouse-pads. Well, at least that’s what I think. I have yet to house a smartphone inside and use the app though. To those curious, it supports the Samsung Galaxy Note 3 and later devices as well as the iPhone 4 and above.

There you have it! What are your thoughts on the Pip-Boy and Fallout 4 in general? It’s really shaping up to be a contender for Game of the Year. I think it’s gonna give Phantom Pain, Witcher 3, and Bloodborne a run for their money! What are you guys waiting for? Get out of that vault and into the wasteland! Till next time!

“As far as stupid gimmicks go, this is the best f@#king one I’ve ever seen,” – Todd Howard, Fallout 4 Game Director

- Advertisement -
Previous article
MARVEL FUTURE FIGHT will give you that Superhero Action you’ve been craving for right on your mobile!
Next article
STAR WARS BATTLEFRONT LAUNCHES TODAY!