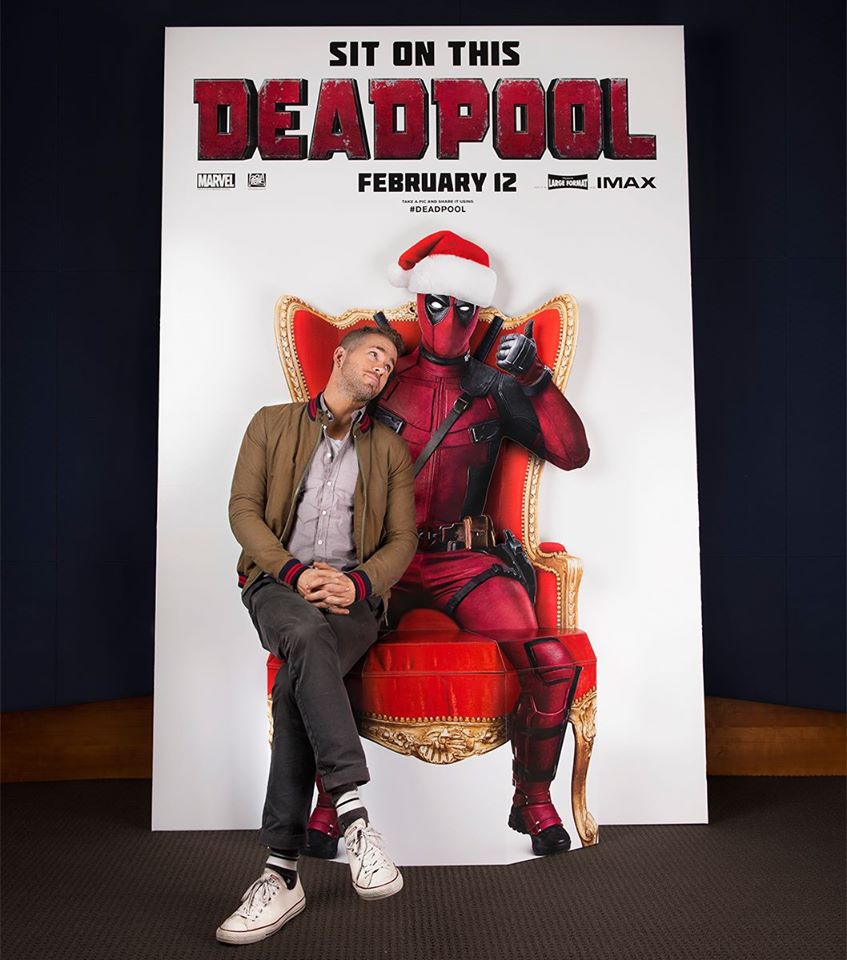 The holiday season is in the air, and so is the smell of awesome and chimichangas for a certain Merc with a Mouth who wants to let you know that there’s plenty to be excited about this season! In celebration of Christmas this year, 20th Century Fox, Marvel, and Ryan Reynolds have teamed up to celebrate the “12 Days of Deadpool” – which basically means that Wade Wilson will be greeting you with his usual madness and insane way while promoting the upcoming Deadpool movie at the same time!

One of those things that DP did in observation of the holidays is write up a letter that recaps his 2015 and wishing everyone the best for 2016… In his own warped sense of love and appreciation of course. 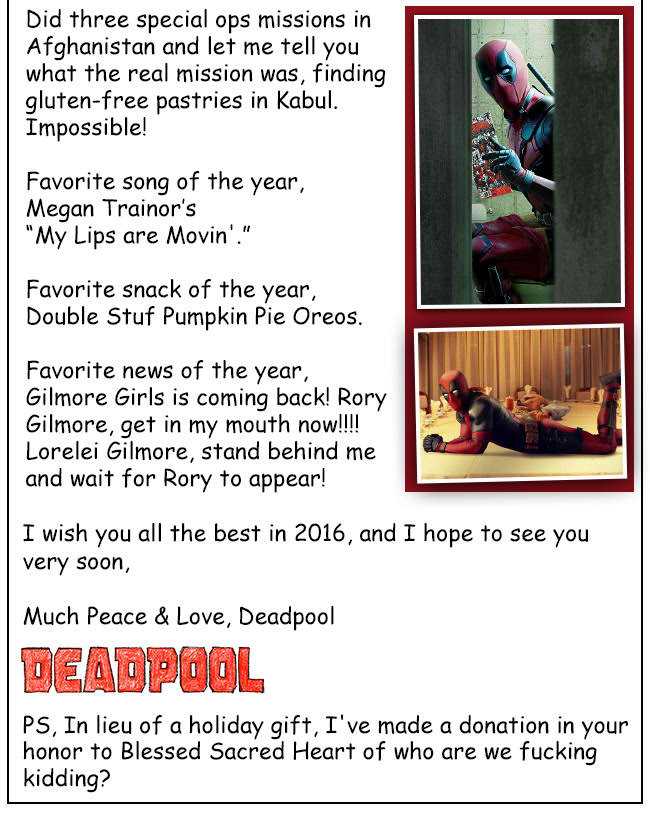 Then comes the most dreadful thing you’d least expect from the crazy mutant… An actual line of DEADPOOL EMOJIS has been released in the Apple Store and Google Play shops, and they look like THIS: 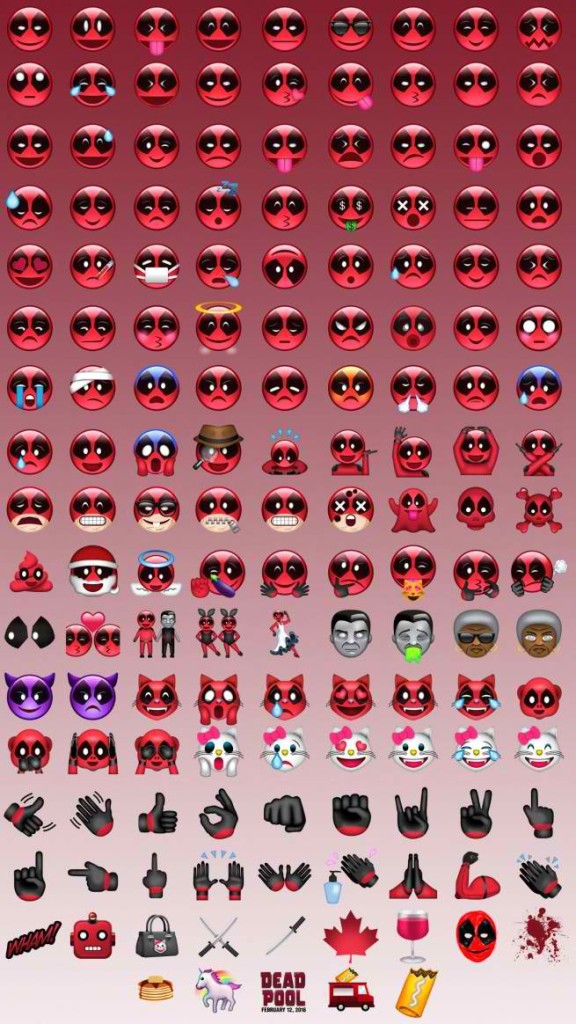 Yes, Deadpool has joined the MAINSTREAM, and if you want to find out more about the “12 Days of Deadpool”, visit the official Deadpool Movie Facebook page and prepare yourselves.

Deadpool will start shooting himself in theaters come February 2016!