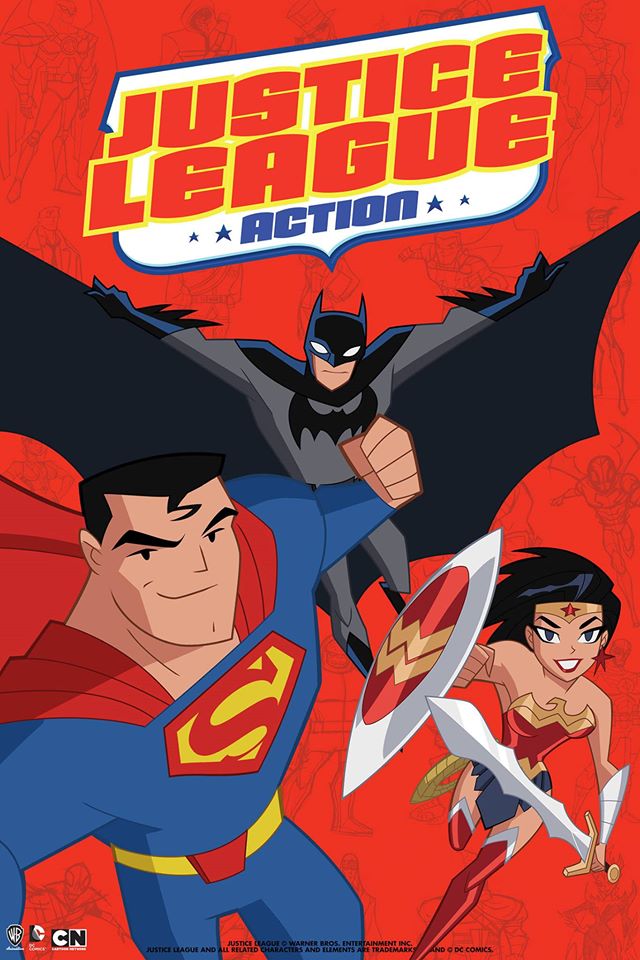 Those who remember the much beloved DC Animated Universe and its popular Justice League and Justice League Unlimited shows have long clamored for a new series featuring the world’s greatest heroes. Well Warner Bros., DC Entertainment, and Cartoon Network are going to answer that call and give fans something action-packed at the same time, as a brand new JL cartoon is making its way soon in the form of “Justice League Action”, a quarter hour series coming to CN that will be eleven minutes in length and feature the likes of Superman, Batman, Wonder Woman, and the rest of the league as they battle the forces of evil and invaders who would do harm to the innocent!

Looking closely at the poster, you’ll see other heroic DC Characters that will be making an appearance in the show, including Hawkman, Green Arrow, Zatanna, Plastic Man, and even Blue Beetle! Plus, WB and DC Comics have confirmed that legendary Batman voice actor Kevin Conroy as well as The Joker himself Mark Hamill will be reprising their epic roles for the show!

No air date has been announced for Justice League Action, but it joins Teen Titans Go! on Cartoon Network as the second ongoing DC Show on the channel! Stay tuned for more updates soon!

- Advertisement -
Previous articleNeed a Body Double? Call of Duty: Black Ops III has got ya covered!
Next articlePilot for the live-action Archie Comics’ series “Riverdale” coming to The CW