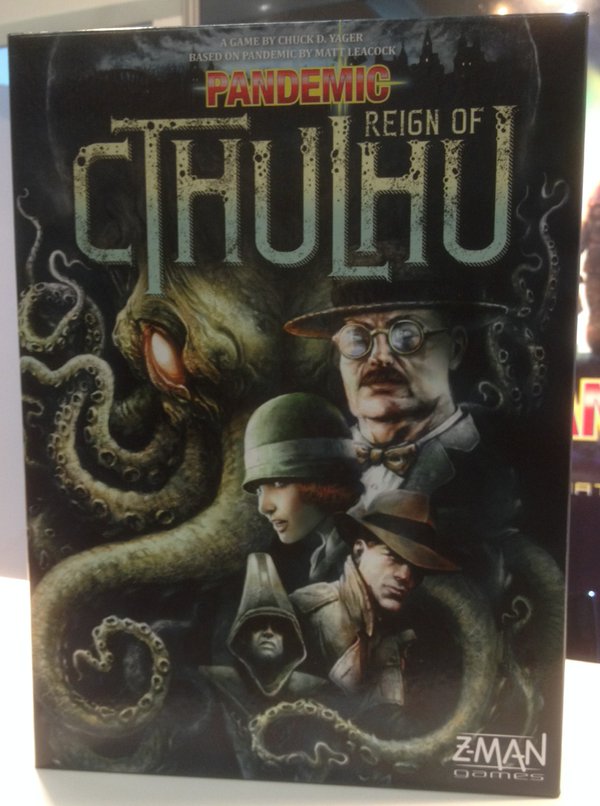 In a recent tweet by BoardGameGeek, publisher Z-Man Games teased an upcoming title based on Matt Leacock’s very popular Pandemic boardgame, this time (as if we didn’t have enough already) re-skinned with H.P. Lovecraft’s popular Cthulhu Mythos! 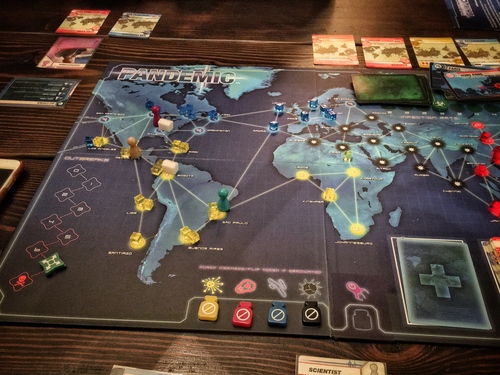 To those who haven’t tried Pandemic before, this is a cooperative board game where players take on unique roles as they try to stop the spread of virulent diseases across the world. Sounds easy? Trust me, it isn’t. As if the original Pandemic (and all of the versions) wasn’t hard enough, now we have Great Old Ones to deal with! 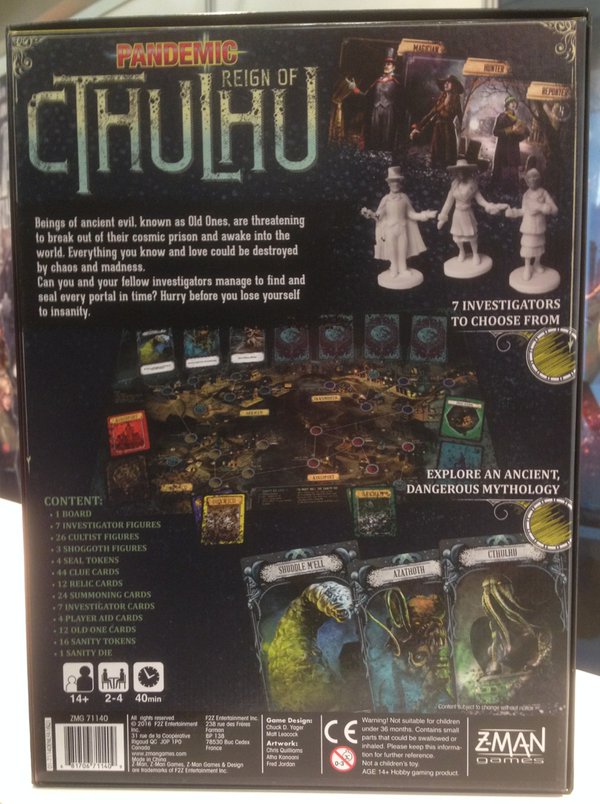 Based on the image, it seems that this version will be full of miniatures that are just begging to be painted. The Role pawns will be replaced by investigator figures. 3 Shoggoths and 26 cultist figures are also stated at the back of the box, replacing the virus tokens perhaps? Also, the base game features 12 Ancient Ones.

It’s safe to assume, like the original version, that this will be an ongoing title that will have multiple expansions. So after we got our mortal behinds devoured in the base game, expect an even greater helping of unimaginable stuff.

As a gamer who played almost every kind of Cthulhu game there is, for some reason, I am still looking forward to this game. Maybe I’m looking for something that could fill in that light-mechanic-gateway-coop void that has a Cthulhu theme. Since most of my Cthulhu games are quite heavy (both in size and in rules) that could be a repellent for newcomers, this could be something I can bust out at the table more frequent than the others.

This is definitely something I’m considering to get. Can’t Fthagn enough for this!

- Advertisement -
Previous article
Pilot for the live-action Archie Comics’ series “Riverdale” coming to The CW
Next article
Surprise! New Dominion expansion coming out in 2016! (Bet you didn’t see that coming!)