Secret Wars comes to an end! Relive it with Marvel Legendary the Deckbuilding Game! 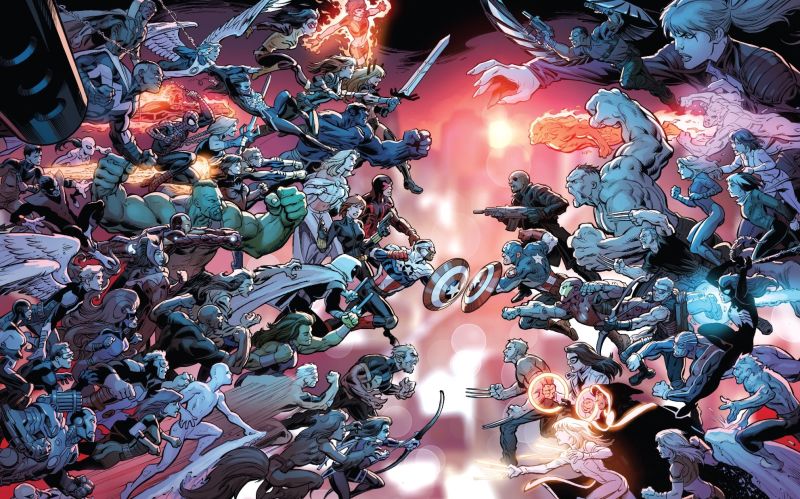 The 9-issue magnum opus that is the Marvel Comic’s Secret Wars event finally comes to a close this week. After several delays and a surprise extra issue, we’ll finally know how Battleworld, the universe of the self-proclaimed god Doctor Doom, came to be the new Marvel Universe! (Don’t worry we’re not spoiling Issue #9). HOWEVER, if you’re not quite ready to leave Battleworld yet. Or if you feel like there are plenty more stories to tell with these characters, then good news, because the boys at Upper Deck Entertainment have got you covered with the latest expansion to the LEGENDARY Deck Building Game: MARVEL SECRET WARS VOL. 1 and 2!

Released a couple of months apart, Upper Deck has released the Secret Wars expansions of its widely-popular Marvel Legendary Deckbuilding Game! If you’ve somehow never heard of this game, then today’s your lucky day, because this is the best comic book themed board game in the market today!

Marvel Legendary is a cooperative card game that lets you and up to three of your friends pick a group of Marvel’s heroes, and mash them together, to fight against an evil villain who is trying to ruin your day (Or remake the universe to his whim. I’m looking at you Doom). The villain is controlled entirely by the board game so that means you and your friends are working together to beat the game! The best part? The game allows you to mash together any of the 50+ heroes currently available for the game and pit them against the 20+ or so villains available!

And with the release of the Secret Wars expansions, the possibilities have now grown EXPONENTIALLY! In fact, the designers of the game wanted to include as much content from Secret Wars as possible that they opted to split the expansions into two volumes!! That’s crazy! It’s like Pokemon Red and Blue all over again! How ever can you choose?! (Simple. Get them both!)

Secret Wars: Volume 1 for instance has Miles Morales, Superior Iron Man, Lady Thor and Thanos himself (!!!) as they battle against the Wasteland Hulk and Zombie Green Goblin!! 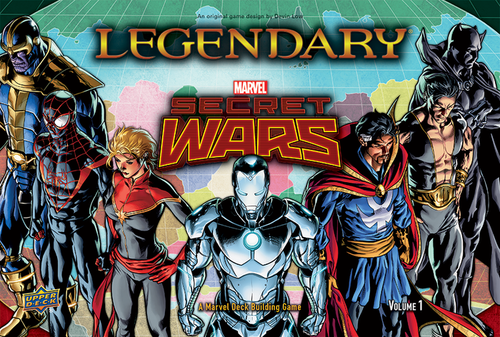 Secret Wars: Volume 2 has Spider-Gwen, Phoenix Force Cyclops, Agent Venom and Soulsword Colossus going against against King Hyperion and Immortal Emperor Zheng Zhu among others!! It seems that with Volume 2, they wanted to go to the sidebooks for their source material. Which is fine by me, considering some characters didn’t stick long enough to show their mojo. 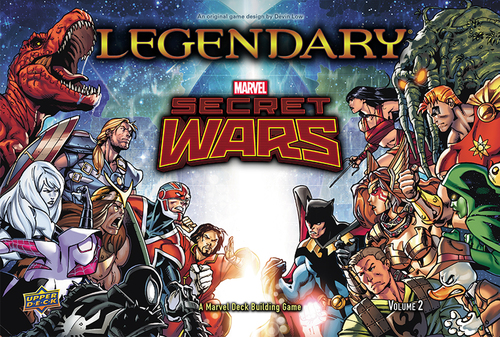 But the real fun in Legendary is once you start combining it with the previous sets. How about a Lady Thor and Thor team-up against Galactus, who is leading the Thors of Doom? Or maybe bring together the unlikely partnership of Phoenix Force Cyclops and Professor-X against 90s mega villain Apocalypse? Feel like Soulsword Colossus and Magik should take a stab (snicker) against Mephisto for a demonic showdown? You can do that too! 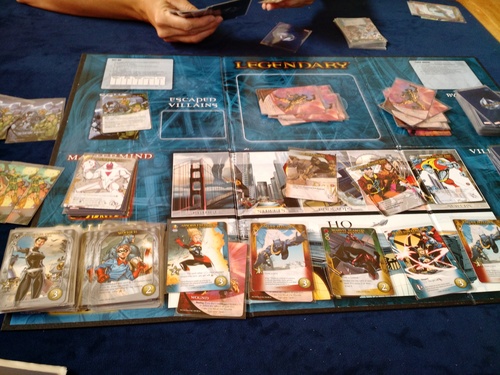 Us folks at UnGeek cannot stop singing praises towards Legendary: A Marvel Deck Building Game! Highly recommended. If you’d like to get more information for the game, visit their game page on Boardgamegeek.com. And make sure to support our local retailers to help keep the Philippine board game community growing.

Finally, watch out for bigger coverage from UnGeek this year on upcoming expansions and product reviews, specially with the anniversary of a certain shield carrying Avenger around the corner (*cough* Civil War 2 *cough*).