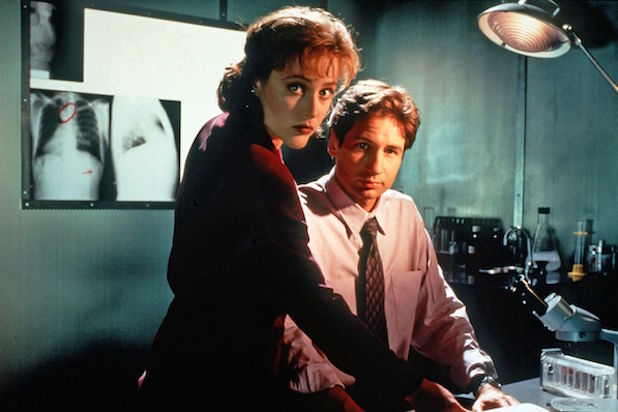 Ahh the 90’s… when the world had its fair share of conflicts like the Congo Wars, The Gulf War, two Chechen Wars, & the infamous Monday Night Wars. The World Wide Web was born. People had pagers instead of cell phones. The Titanic sunk, the smell of teen spirits filled the air, the Bulls were winning back to back to back, the world celebrated Independence Day with the blood & tears of their extraterrestrial visitors, and much more. NOW, HOWEVER, we enter the era of revivals! The dinosaurs have returned, the force has awakened and, now the 90’s cult classic, The X-files, is BACK as a six-part miniseries to finally give the long time fans what they’ve wanted this whole time!

You tell em Jimmy! Let’s get it ON!

The Truth is out there! And here it is.

The X-Files aired from 1993 to 2002 on Fox. It followed the many investigations of Agent Fox Mulder & Agent Dana Scully into crimes that have links to the paranormal & extraterrestrial.

The show is well known for its “monster-of-the-week” formats. Their episodes, however, features the odd couple relationship between the supernatural believer Agent Mulder & paranormal debunker Agent Scully and has always been the heart of the series. The dangers are greater and the stakes are higher as they continue their quest to uncover the truth.