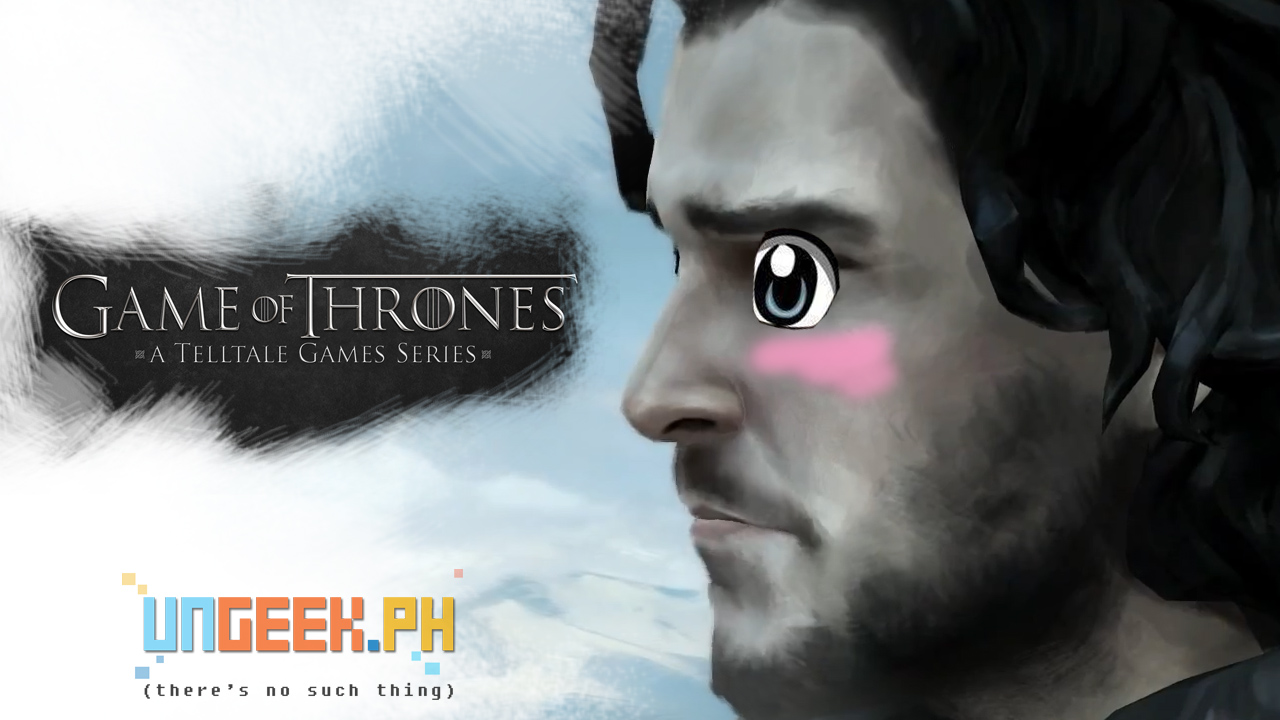 For you Game of Thrones fans out there like me, you’ve probably been waiting on the newest season of the series and have been wishing that it just GETS HERE already. For now though, if you need a GOT fix, Telltale’s Game of Thrones is a game that shows a different side to the story we’ve seen on TV.

Game of Thrones has an Untold Story worth Telling

Game of Thrones has an Untold Story worth telling and, in preparation for the upcoming Season of Game of Thrones, we invite you to see it. #MeetHouseForrester #UnGeek #GameOfThronesWATCH THE FULL VIDEO HERE: https://www.youtube.com/watch?v=GnVxguR5zI4

This game starts right at the RED WEDDING and focuses on House Forrester, a house once loyal to the Starks. The game makes you play as various Forrester Family members trying to deal with the aftermath of the disaster at The Twins. Being a northern house and with Roose Bolton being declared as the new Warden of the North, your house is now faces grave danger and you must do all you can to keep everyone safe… which is not usually the easiest thing to do in the world of Westeros.

True to other Telltale Games, Game of Thrones also features their typical point-and-click / QTE gameplay. The one thing you’ll notice though is that the concept of consequence seems MUCH more real and waaay heavier in this series as compared to the others. Some have called this game a “Will you Survive in Westeros” Simulator. The story itself is amazingly interesting and it’s highly accentuated by the fact that you encounter several main characters from the TV Series in the game like Jon Snow, Daenerys Targaryen, Margaery Tyrell, Cersei Lannister, Tyrion Lannister and more… voiced by the ORIGINAL CAST. Join us in our newest Let’s Play video and let’s take on this little journey together 🙂

If you want to play the game for yourself, the game is a five-part game available on PlayStation 4, Xbox One, Android, Xbox 360, PlayStation 3, iOS, Microsoft Windows, Mac OS. For Android and iOS, the 1st episode is FREE.