WATCH: The espionage thriller, COLONY, is the next TV Series you’ll want to have on your TO-WATCH List 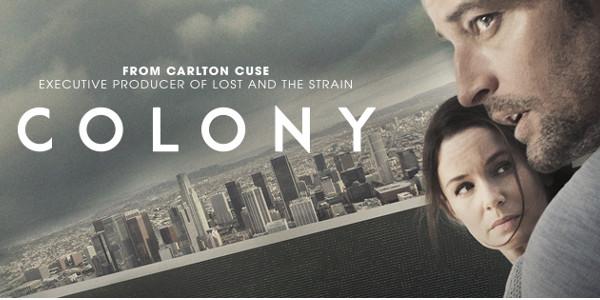 Colony is a US science fiction / drama TV series set in a near-future dystopian version of Los Angeles, California. It is the aftermath of an extraterrestrial invasion where their human collaborators, an organization called Colony Transitional Authority (CTA), has placed everyone under military rule. The alien invaders are referred to as “Hosts” and no one ever sees them. They’ve erected enormous walls that isolate and separate various locations into “Blocs”.

The story revolves around the Bowman family as they are being used by two opposing forces, the collaborators and the resistance. They must walk a dangerous tightrope of hard choices & difficult decisions as they try to stay together while surviving life inside the wall.

Starring Josh Holloway and Sarah Wayne Callies, this espionage thriller will focus on life in the wake of this occupation and is set to have a very interesting premise. This is definitely a show worth checking out! The series is slated for its broadcast premiere on the USA Network – January 14, 2016 at 10 p.m. ET.