EXCLUSIVE! A Closer Look at Pandemic: Reign of Cthulhu 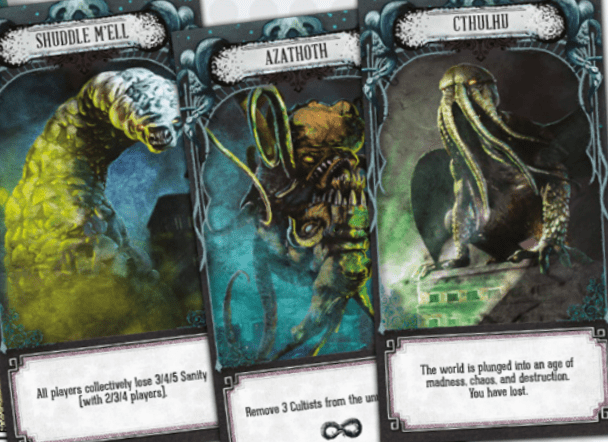 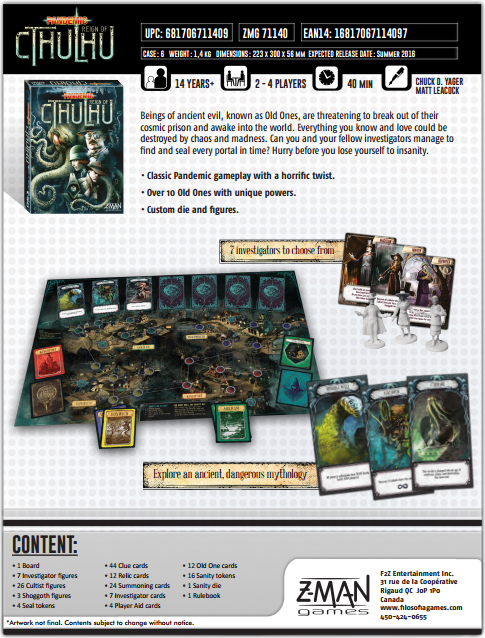 Following up to last week’s news about Pandemic: Reign of Cthulhu, our friends at Gaming Library, the exclusive distributor of Z-Man and Pandemic in the Philippines, sent us an awesome image that provides interesting details about Z-Man Games’ upcoming title.
Here are some of the facts we noticed based on the screenshots. Keep in mind that the artwork and components are not final, and that contents may change in the final version of the product. So here it goes: 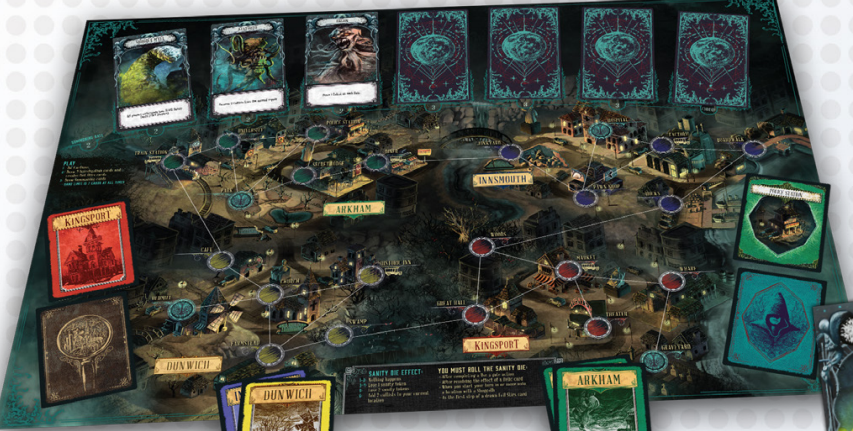 The board (unlike the previous Pandemic board) depicts key locations – Arkham, Dunwich, Innsmouth and Kingsport divided into 4 regions represented by color (Green, Yellow, Blue, and Red respectively). 3 Ancient ones (Shuddle Mell, Azatoth and 1 other) can be seen above the board, are places for cards which could possibly mean that multiple Great Old Ones can be present during the game. There also seems to be placeholders for cards on the side of the board for the locations and other elements in the game. Lastly, at the bottom of the board we see a guide for the “sanity” mechanic in the game, determined by a die.

Here are the components list and some thoughts on it:

Speaking of the Ancient Ones, 3 (out of the 12 mentioned) before are shown here: 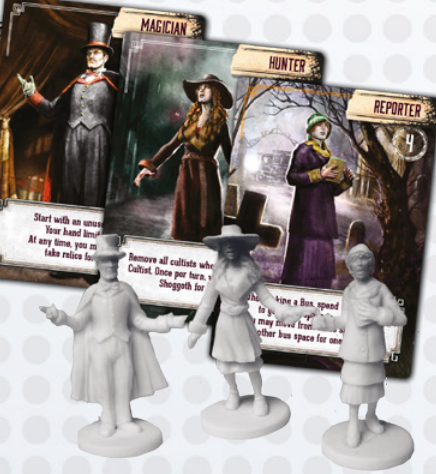 On the investigators side, 3 out of the 7 characters are teased:

So that’s what we know so far about the game. Its plays 2-4 with an estimate 40-minute time in finishing and is slated for a SUMMER 2016 release. What do you guys think of the game? Did you find anything else that we might have missed? Hit us up in the comments! Thanks for reading and keep on playing!