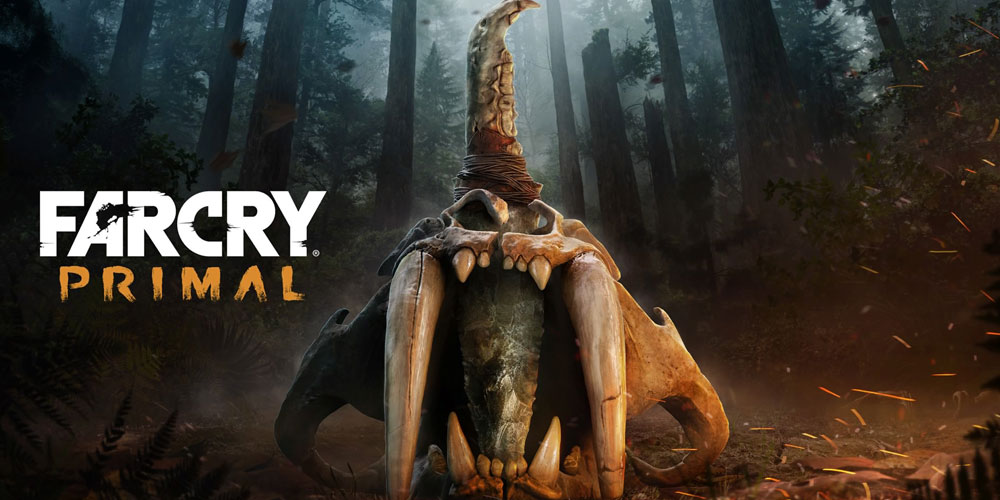 Back in October, the folks over at Ubisoft teased the world by posting a video of a fire-lit cave painting on loop for a couple of hours. It was picked up by all the regular sites that we follow, but the surprise was soon spoiled by someone on the team that didn’t get the memo by posting that Far Cry Primal would soon be available on Twitter. FAIL! 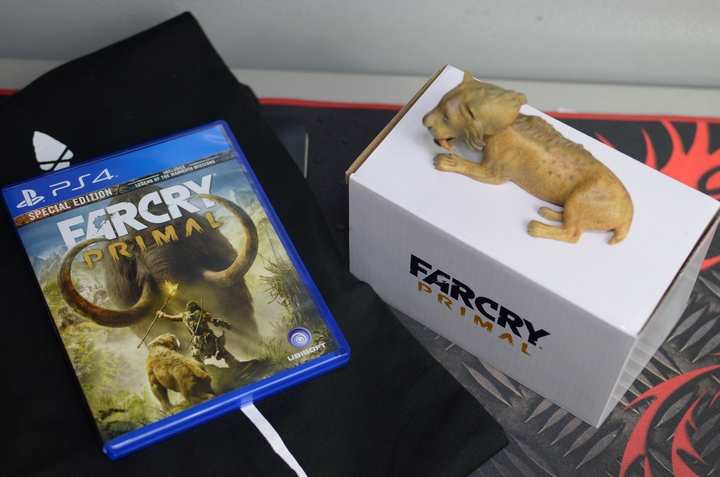 The wait is finally over and Far Cry Primal is now available at your favorite local game shop. We reserved our copy pretty late, but was pleasantly surprised to still be given the freebies had we reserved earlier (And, no, we didn’t pull any strings). Before we get into the game, here’s what comes with your copy of Far Cry Primal if you were able to pre-order:

In Far Cry Primal, you play Takkar – a Wedja Hunter who has set off with his party to find lost members of their tribe. After going days without food, they hunt a Mammoth but are ambushed by a Sabertooth Tiger; leaving Takkar the sole survivor of the attack. After this brief opening scene, you are immediately thrust into familiar territory of gathering materials to help survive the Lands of Oros, where you will have to find your tribesmen by capturing outposts, claiming bonfires, and hunting animals to upgrade your gear.

We know, it sounds awfully familiar to the games predecessors. That’s not really a bad thing though. It’s what we have all come to know and love about Far Cry games. The setting also makes a huge difference. No guns and ammo means you constantly have to make sure you have enough materials in your pack to make more arrows, clubs, and spears should run out mid-battle. Besides, it’s extremely satisfying to have your spear sail through the air and impale a member of an opposing tribe. Primal, indeed!

As always, the team at Ubisoft Montreal did a great job with the environment. It really helps pull you in when everything looks this beautiful and mind you, we’re playing this on Playstation 4 – PC Master Race gamers should have it even better. Character details look amazing as well.

We do, however, have some complaints. While, everything generally looks good, some elements downright SUCK! I mean, look at the waterfall in the screenshot below. BLECH! WHAT IS THAT?!

Ready to Sink in More Hours

We’ve sunk in an hour or two in Far Car Primal and we are eager to explore the Lands of Oros even more. While the game does fall into the usual Far Cry setup, we’re hoping that the setting makes up for that and, hey, don’t fix what ain’t broke, right? We’re a little worried that the lack of a signature antagonist like, Far Cry 4’s Pagan Min or Far Cry 3’s Vaas, might make for a weak story though.

Stay tuned to UnGeek for some Gameplay Footage soon.