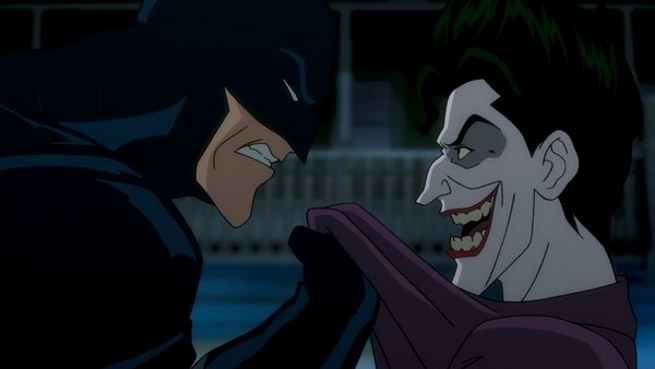 After months of silent teases and just that confirmation that the two legendary actors would lend their voice talents to the characters once more, Mark Hamill took to Twitter and officially released the first still from the upcoming “Batman: The Killing Joke” animated movie, which is based on the critically acclaimed graphic novel of the same name penned by Alan Moore and illustrated by Brian Bolland and will feature Hamill reprising the role of The Joker and Kevin Conroy as Batman! 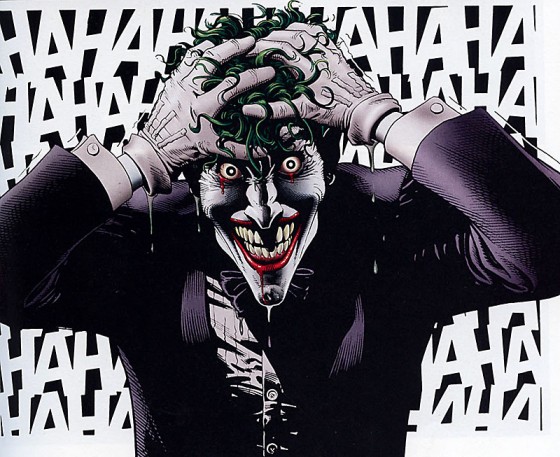 From his official Twitter feed and via Comic Book Resources, Hamill started belting out quotes from the fan favorite story, while spelling out “THE KILLING JOKE” along with the first image from the new DC Universe Animated Original Movie, which shows Batman confronting and gripping The Joker by his collar.

THE “All it takes is one bad day to reduce the sanest man alive to lunacy…Just one bad day.” pic.twitter.com/bqzBQPIhOw

JOKE “If I have to have a past, then I prefer it to be multiple choice” pic.twitter.com/o1ZybkvTwa

Having worked together as Bats and Joker since Batman: The Animated Series and then reprising the roles for the Batman Arkham video games, Kevin Conroy and Mark Hamill are seen as the definitive voices of Batman and The Joker respectively. In fact, Mark Hamill “retired” from the role of The Clown Prince of Crime, and only returned because The Killing Joke was finally adapted AND he’d be working with his friend Kevin Conroy once more!