The path to becoming HOKAGE begins here! Japanime Games brings to us Naruto Shippuden: The Board Game! 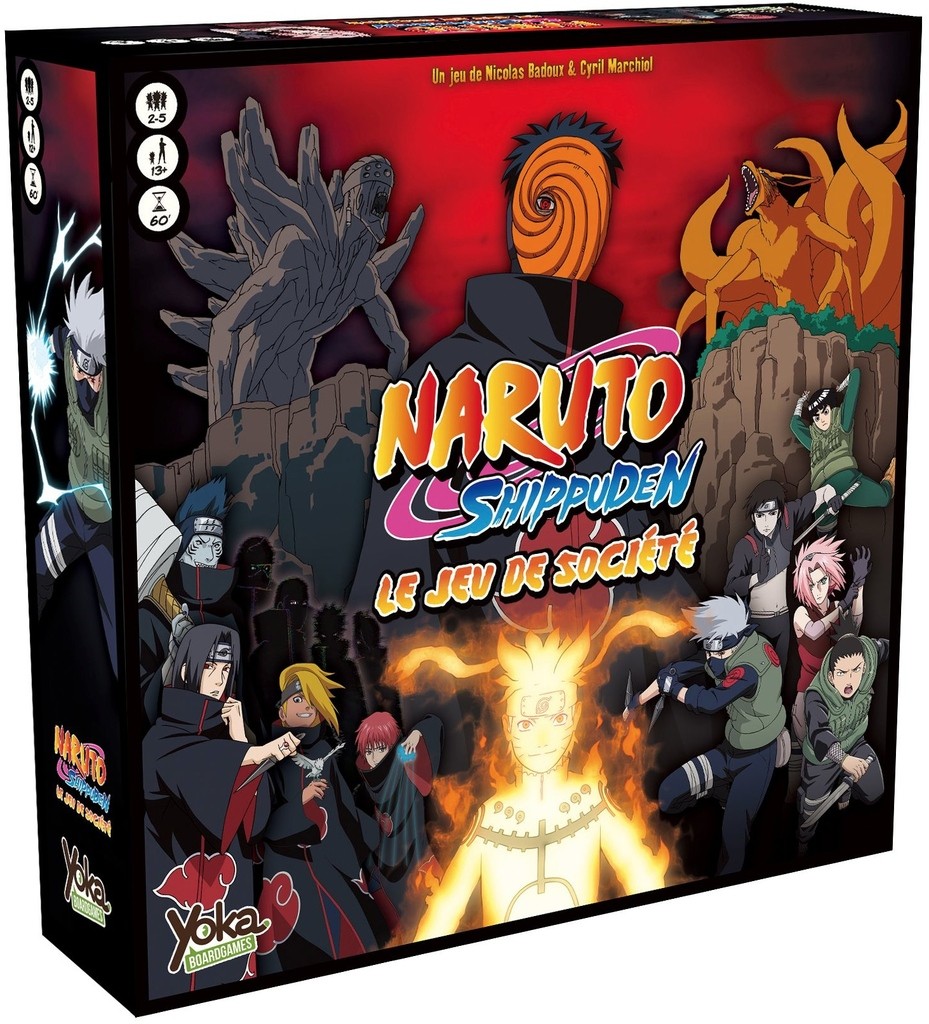 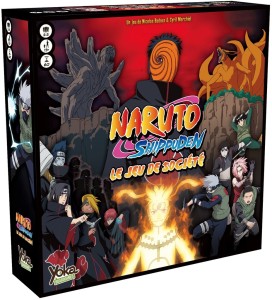 From publisher Japanime Games, makers of popular anime-inspired board games such as Tanto Coure and Krosmaster Arena comes a game based on the popular manga and anime series by Masashi Kishimoto – Naruto Shippuden: The Board Game!

For those not familiar with the fluff, it tells the story of Uzumaki Naruto, a ninja in the Hidden Leaf Village of Konoha who aims to one day become an Hokage* – the top ninja for their clan.

According to the publisher, this game will feature a very specific story starting in the very first part of the Shippuuden arc where Naruto came back to the village (all grown up but still a bit immature) from training. The heroes find themselves face-to-face with a secret organization known as the Akatsuki who, again following the story arc, aim to extract the bearers of the tailed beasts and use it as a weapon to wipe out the other ninja clans.

In this game, players play cooperatively and can choose among 6 different characters with variable powers – Naruto, Sakura, Kakashi, Rock Lee, Sai, and Shikamaru from the Hidden Leaf Village. Here is a brief description of the game from the publisher. 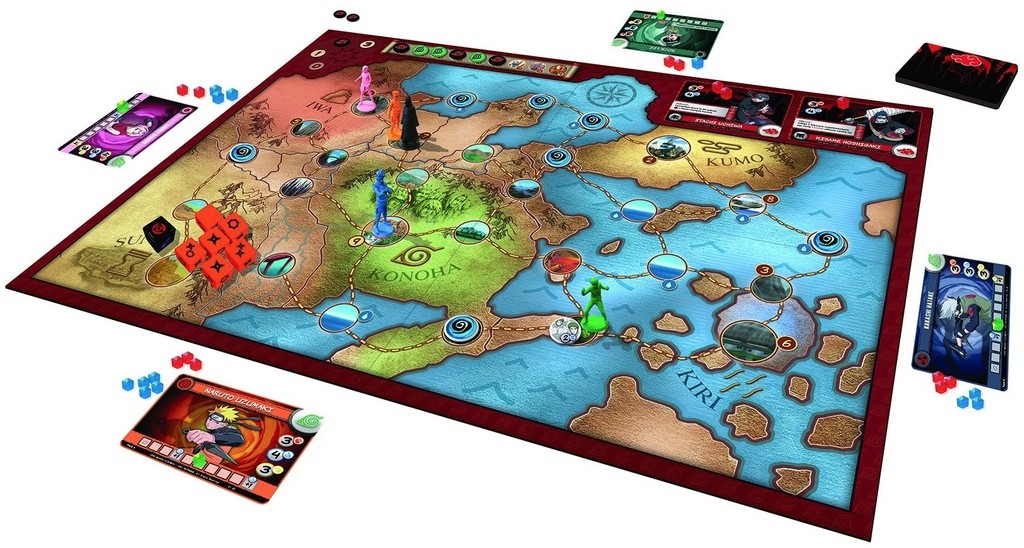 In more detail, the Akatsuki start at one of the nine villages on the game board, spend, at most, three turns in that village, then (if they’re not defeated there) move to the next village. Each Akatsuki character has its own strengths and weaknesses. The villages are distant from one another, so players can’t race from one village to another after them, but must divide their forces to prepare for conflict, encountering unexpected events along the way.

Each player has a character card showing Combat Ability, Chakra Reserve, and Strategy Value, as well as an experience track that allows them to power up over time. Each character also has a deck of fourteen ability cards, some common to each deck but most unique to that character.

Each turn, a character takes two actions – move, meditate, or fight. When you fight, you roll dice, hoping for shuriken. You can play cards to increase the number of dice you roll but you must spend Chakra to play them and both cards and Chakra are limited. The enemy fights back if you don’t deal enough damage to it, possibly triggering special powers and additional effects in the process.” 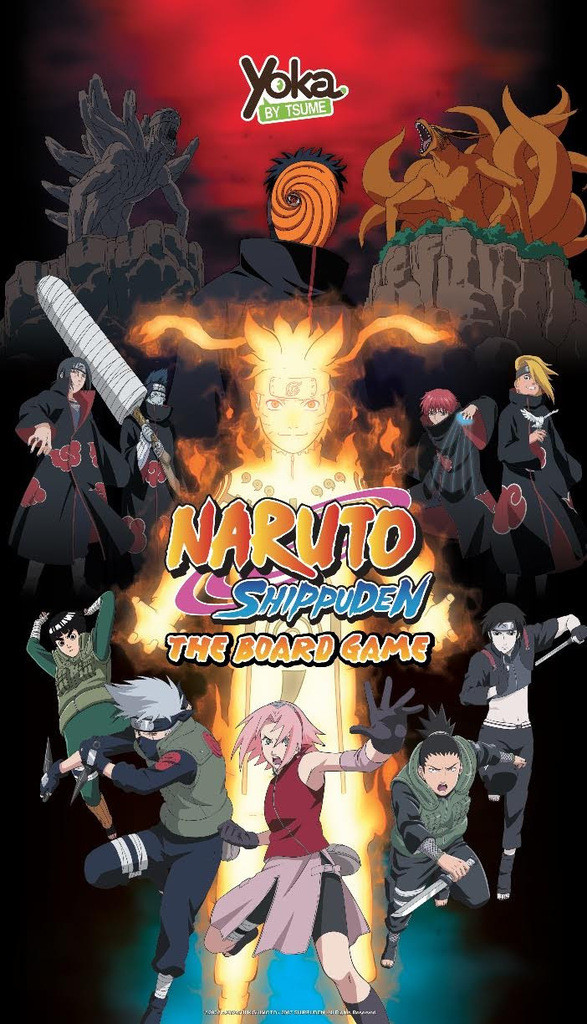 So what do you guys think? I’m sure the fans of this franchise will want to dive in on this! The game is designed by Nicolas Badoux and Cyril Marchiol and is scheduled for an English-translated release in the 2nd quarter of 2016. Keep it here at UnGeek for all the best and freshest news and till next time! Keep on gaming!

*(Fun fact: Here in the Philippines, the term “Hokage” became a whole new meaning related to becoming fast and breezy at the opposite sex, to which I will not divulge entirely because it is very unrelated to the topic).