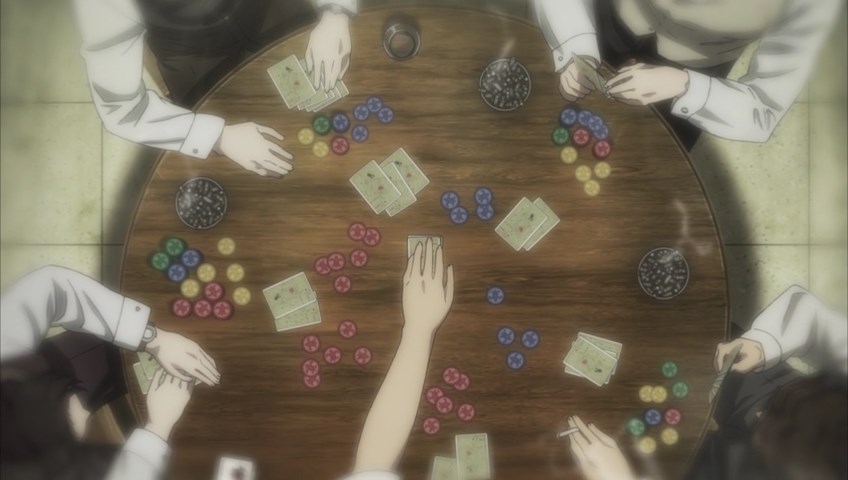 Whatever pre-concocted ideas you may have from watching all those James Bond or Jason Bourne movies you’ve seen , please throw it out the window.

Now that that’s out of the way…

Joker Game is one of Japan’s anime titles for their Spring line-up. It is an adaptation of Koji Yanagi’s 2008 eponymous anthology book that centers around a group of individuals that came from a military spy training institute called “D Agency“. The book challenges conventional military ideologies and wisdom as well as highlights the operatives who battle with brains not with brawn. It was also adapted as a live action movie. A sequel book was published in 2009 entitled Double Joker. 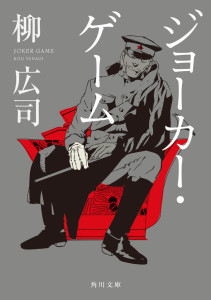 So what is the “Joker Game”?

The “Joker Game”, in the anime is an activity where the main goal is to sway the people involved to join your side. 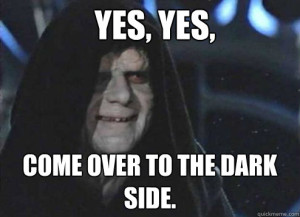 It’s done thru a game of cards where no one is entirely sure who’s on whose side. There are those who’re playing cards on the table and those who are just minding their own business, however everyone is involved either peeking at another players hand, or stealthily sending information to another person in the room, or trying to crack the others code of relaying  information. It’s a social game of cunning and wit. And, if I may suggest a game that has a similar feel to it, it would be The Resistance.

As for the anime, it takes place in Pre-World War II, 1937 where eight individuals recently completed their training in “D  Agency” under the tutelage of Lt. Colonel Yuki and it seems like they are about to betray their quixotic babysitter who is still kinda green… or is this just a ploy in a much grander scheme? As far as the story goes, I’ll leave it to your own devices to find out.

With that, I recommend this chasm of political intrigue with moral gray areas of a spy show. Try checking it out!

- Advertisement -
Previous articleWATCH: Rogue One: A Star Wars Story FINALLY gets its first trailer!
Next articleWATCH: New Prelude trailer and Featurettes set up the stakes for Captain America: Civil War