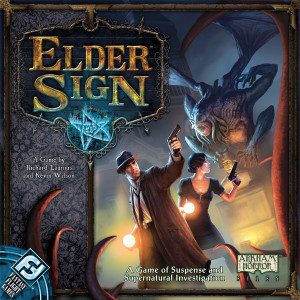 To those who haven’t tried the game yet, Elder Sign is a fully cooperative game set in the world of H.P. Lovecraft’s Cthulhu Mythos. You and a group investigators encounter an ancient horror that’s trying to awaken within the walls of the museum. The game features a Yahtzee mechanic, where you try to match symbols depending on the task. One can say that is a lighter version of its meatier brothers Arkham Horror and Eldritch Horror, but after releasing some innovative new expansions that add a lot of variety into the game, “lighter” might not be the case anymore.

As a group you try to face unspeakable horrors that lurk between every corners of the place, trying to collect Elder Signs – a powerful symbol that can drive away and seal the great old ones, as long as you don’t get killed in the process or worse, lose your sanity and sink into madness! (Priorities, I know.)

This is the 4th expansion for this game (Unseen Forces, Gates of Arkham, Omens of Ice respectively) and can be considered a small expansion since the games only includes 50 cards, split into 3 decks. These decks are very modular and can be incorporated into the base game as well as with any previous expansion, adding another level of drama and challenge for the brave investigators to immerse themselves on.

Let’s have a brief overview on the new cards in the game (Taken from their Official Website): 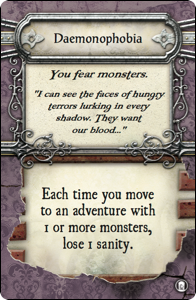 Phobia cards give new meaning to the sanity-draining challenges of Elder Sign, eating away at your mental health every time their triggers are met. To the external challenges presented by monsters, cultists, and otherworldly terrors, Phobias add a compelling, new internal dimension. 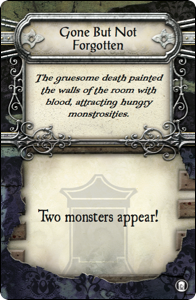 Epitaph cards ensure that your fallen investigator’s contributions will be remembered—whether for good or for ill. Marked by the tombstone on their backs, these cards introduce random effects whenever an investigator is devoured. Your Epitaph may heal the investigators’ sanity and stamina, or it may lead monsters onto their trail. 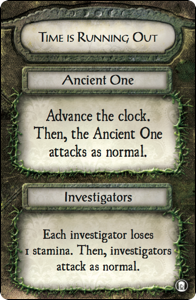 Epic Battle cards greatly amplify the difficulty and danger of your battles with any of the game’s Ancient Ones. Each round, they exert the Ancient One’s chaotic influence over the battle, warping your reality and altering the rules, changing the order in which you attack, and adding new measures of surprise and horror.

For those who want a bit more challenge in their game or want to add some flavor and fluff, you might want to include this expansion in your next game session. There you have it! For those interested, you can check out the game now at your friendly local game store. Thanks for reading!