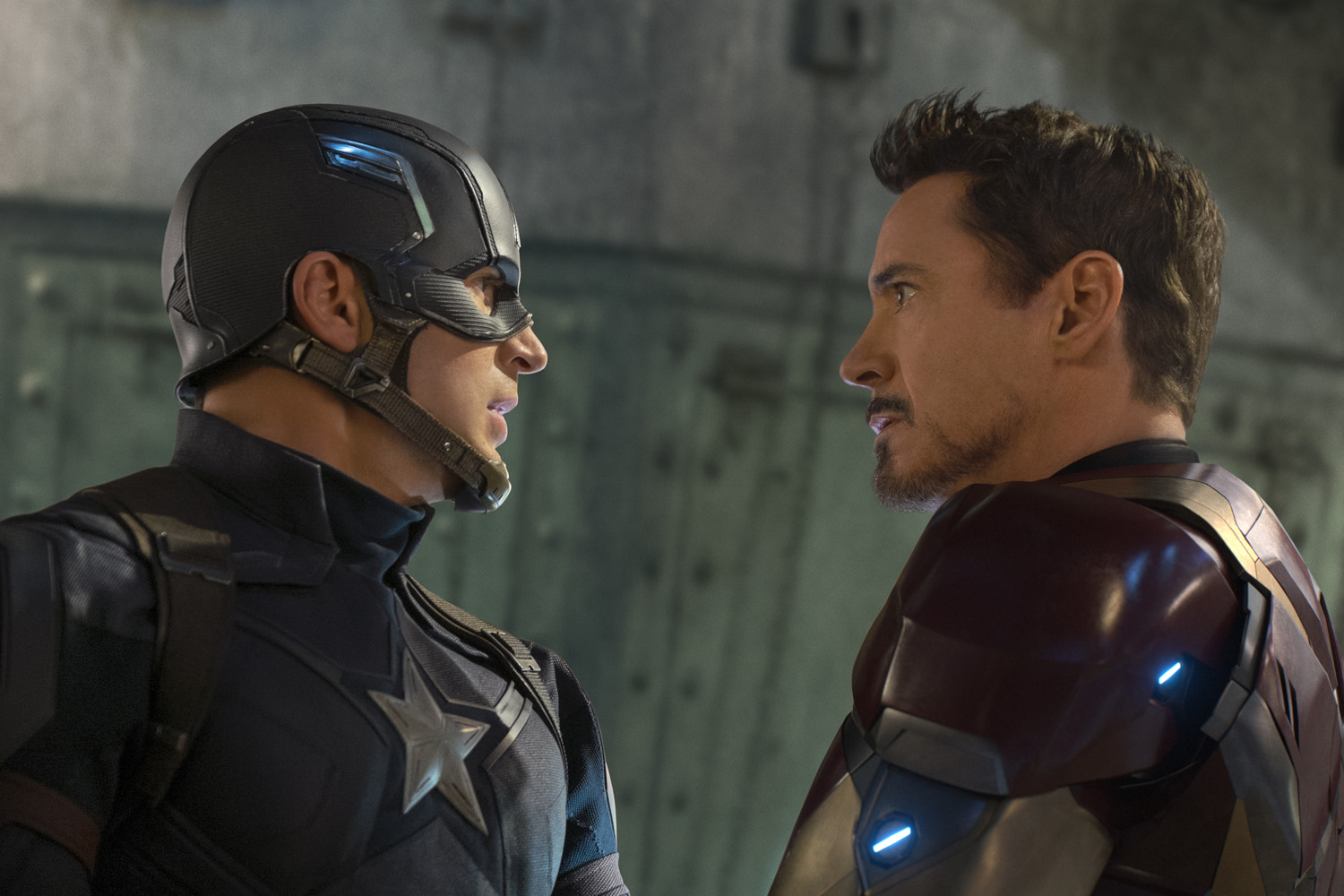 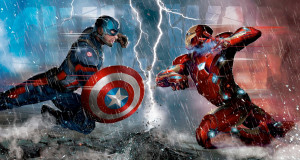 You know that song “War” by Edwin Starr and its lyrics “War! Huh, yeah. What is it good for? Absolutely NOTHING”? In many ways that rings true whenever forces clash over different ideologies and fight for reasons, personal or otherwise, that conflict with one another… Yet in the Marvel Cinematic Universe, everything comes to a head and the Avengers become divided as a result of accountability  and working under government supervision with the newest chapter to the saga in “Captain America: Civil War” – which pits the titular character and Sentinel of Liberty against his teammate and ally Tony Stark, aka the Invincible Iron Man. 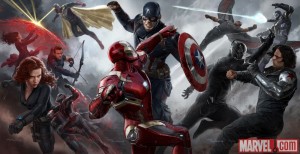 Now that it’s FINALLY HERE and open in theaters around the Philippines… The big question is – is it worth seeing? Well a simple answer of “HELL YEAH” may not suffice, so here’s a little review for those who need a background check and some information. SPOILER WARNING though, so read at your own risk! 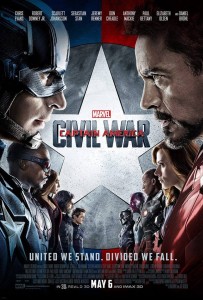 - Advertisement -
After stumbling upon the consequences of his actions in the wake of Ultron’s creation, Tony Stark/ Iron Man decides to accept the accords and work with the system. Steve Rogers/ Captain America thinks otherwise however and feels by doing so it will take away the freedom of the Avengers and chain them to a body that may have hidden agendas like S.H.I.E.L.D. and H.Y.D.R.A. The growing friction and disagreement between the two different heroes is aggravated even further by a terrorist attack that kills more people and is linked to Cap’s missing friend turned brainwashed assassin Bucky Barnes, aka The Winter Soldier. As a result, Cap goes renegade with his allies and fights to seek an unknown enemy manipulating the situation, while Iron Man and his supporters go on the hunt to bring their former allies in for breaking the law. 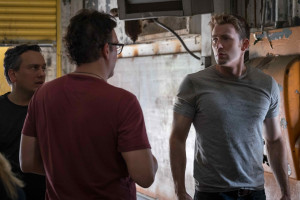 While certainly featuring a number of heroes that team-up and fight against one another, Captain America: Civil War is still inherently a Captain America film – dealing with Steve Rogers’ continuing journey to acclimate to the modern world and fight the good fight based on his unwavering beliefs and principles to do the right thing. Chris Evans embodies that courageous soldier boy personality so perfectly that it’s a walk in the park for him to return as Cap… Though now all the stakes are bigger and he’s backed into a corner with the law forcing him to clash with it and former allies aligning themselves with government supervision. 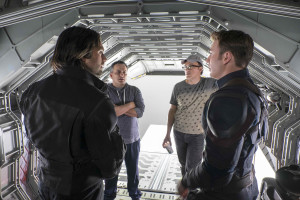 Steve’s past also comes back to haunt him with the return of his missing best friend turned assassin Bucky Barnes, aka The Winter Soldier. Sebastian Stan once again returns to this role and brings a new layer of tension and familiarity in his portrayal of the conflicted soldier – whose secrets and life under the influence of HYDRA get even more exposed, leading to a conclusion that will not only give fans mixed feeling but utterly change the way the Marvel Universe perceives the character forever. 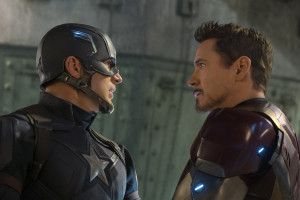 In what may certainly be one of the actor’s greatest outings as the character since he appeared in the first Iron Man film in 2008, Robert Downey Jr. adds a new kind of dynamic to his portrayal of Tony Stark that will get people either rooting or hating on the genius and billionaire playboy turned armored avenger even more. Tony’s decision to side with the Sokovia Accords wasn’t done in a whim, and after all the mistakes and actions he’s done since becoming a hero and joining the Avengers, he’s turned his attention to working with the system… But things get a lot more messy with his conflict with Cap, which turns both men against each other and ultimately leads down to a path that changes them when all is said and done. 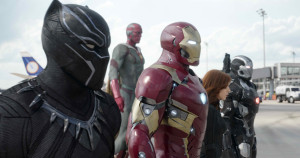 While the story is certainly important and centers primarily around Cap, Iron Man, and the Winter Soldier, the rest of the gang do have their time to shine and “Team Cap” and “Team Iron Man” have their moments and beat the crap out of each other in more ways than one. Siding with Iron Man is none other than War Machine, Vision, The Black Widow, and the newly introduced Black Panther (as played by Chadwick Boseman). The latter in particular has his own personal reasons to fight alongside the armored avenger’s team and go against Team Cap… That you’ll have to see the film to find out what that’s about and how that ends up.

Team Cap on the other hand is no pushover either – Steve’s got friends on his side besides Bucky, and that includes Falcon, Scarlet Witch, Hawkeye, and amusingly enough the newly introduced Ant-Man, who shows off more stuff here than what was seen in the character’s own solo film last year. 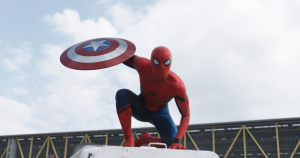 And yes… SPIDER-MAN IS INTRODUCED and he’s fighting with Team Iron Man in this movie! Tom Holland makes his first appearance as the character in the film, and this version of Peter Parker is still in High School and learning the ropes, to which RDJ’s Tony Stark/ Iron Man willingly goes out of his way to build a relationship with and train the boy in becoming a true superhero. It’s absolutely spectacular, and easily one of the best things to come out of the Sony and Marvel Studios deal that brought the web head home! 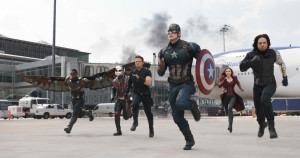 So all things considered and after saying a lot about this movie that’s nothing short of epic and praise, Captain America: Civil War is one for the books and will go down as one of the best superhero movies to come out of the Marvel Cinematic Universe and this generation of films. The Russo Brothers step up their game from 2014’s “Captain America: The Winter Soldier” and pull the stops in making sure the audience is equally entertained, thrilled, and surprised by the events to come out of this movie. While it is inspired by the Civil War miniseries Marvel published a decade ago, this film is its own beast and should be taken as an indicator that the MCU is its own thing. Now that it’s said and done, go see this film in theaters and imagine what lies next when the Russos return to helm Avengers: Infinity War! Don’t forget to see the extra scenes during the middle of the credits and after they finish! Easily FIVE STARS OF AWESOME for this flick!

Captain America: Civil War is now playing in theaters in the Philippines and will open in the US on May 6!

- Advertisement -
Previous article
Warner Bros. officially releases the first “Batman: The Killing Joke” animated movie trailer!
Next article
This pleasant dream might be a nightmare in this new film, Koma