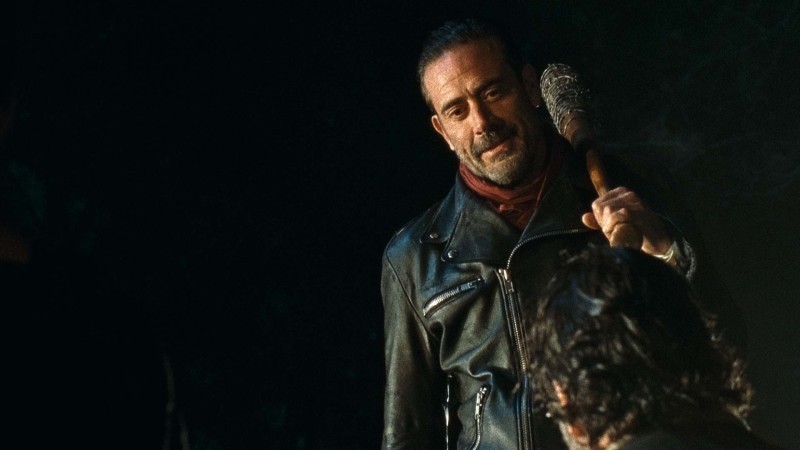 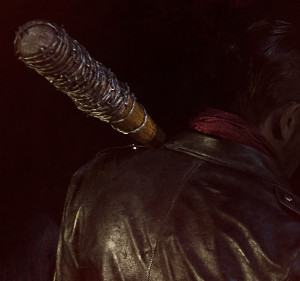 It’s finally happened… Rick Grimes and his band of survivors have met their greatest adversary yet in AMC’s world of “The Walking Dead”, and it’s a familiar sight for those who follow the long running comic book series written by Robert Kirkman and following the events of a changing world ravaged by the undead. Who exactly are we talking about? Well, it’s a certain maniac and leader of a group of sadistic survivors known only as the “Saviors”… And his name is “Negan” – who is played by Hollywood star and actor Jeffrey Dean Morgan – better known as “The Comedian” from “Watchmen” and “Thomas Wayne” in “Batman v Superman: Dawn of Justice”. 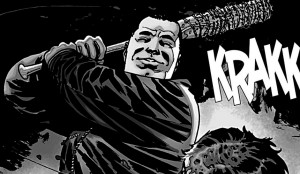 So what makes this FINAL EPISODE of Season 6 so horrible? Well, it’s directly adapted from The Walking Dead #100, where Negan made his first appearance and killed a certain fan favorite character. I don’t need to tell you that there are SPOILERS in this post, so jump on ahead if you want to avoid who bought the big one if you didn’t know it already.

Don’t say I didn’t warn you. 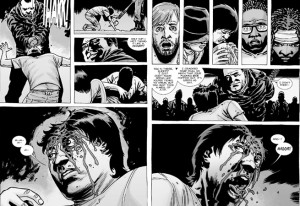 And yeah, the one who died (at least in the comics) is Glenn Rhee – the Asian boy who is a long trusted member of Rick’s group. He got his brains batted out with a baseball bat laced with barb wire – a weapon Negan calls affectionately as “Lucille”. 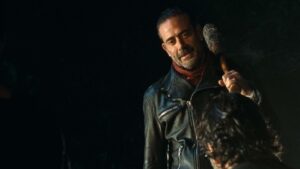 Now as for the TV Series… It didn’t go down exactly that way. Negan was introduced and Jeffrey Dean Morgan played him in an EXCEPTIONALLY AWESOME MANNER… But the result was intentionally left AMBIGUOUS.

You can check out the scene below. *SPOILER WARNING AGAIN*

Who exactly dies? We won’t know until October of this year, when The Walking Dead returns with Season 7. The wait is killing us all, we know.
- Advertisement -
Previous articleNew Teaser for Outcast TV Series Released
Next articleElectra Woman & Dyna Girl joins the Superhero Movie Line-Up this Year