Widow’s Walk – New Expansion for Betrayal at House on the Hill Announced! 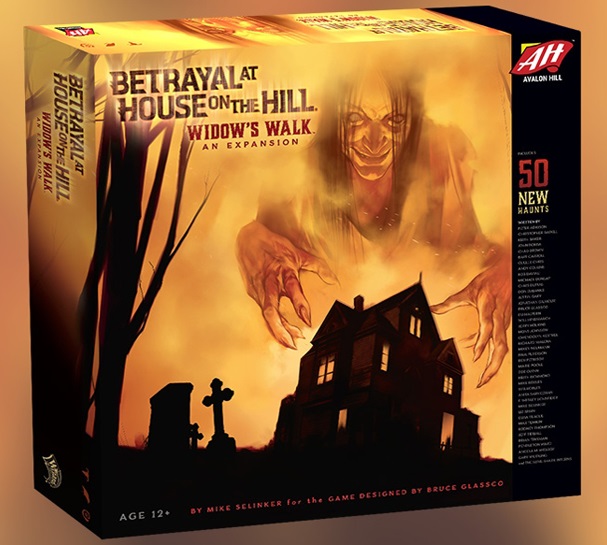 “Enter if you dare. Exit if you can.”

Now, this came out of nowhere. Avalon Hill just announced Widow’s Walk (Designed by Mike Slinker), a brand new expansion for one of their most well-loved games – Betrayal at House on the Hill!

The base game has been around for quite some time now, with the first print run made back in 2004 and an updated second edition released in 2010. To those who haven’t tried it yet, Betrayal at House on the Hill is a semi-cooperative game in which you and up to 5 players are a group friends who happen to randomly stumble across an old house/mansion (much like in a B-Horror movie). Of course, due to curiosity, (and because it is said in the script) you naturally go and check out what’s inside… Because you know that nothing bad could possibly happen, right?

During the course of the game, you explore the house as you go from area to area; flipping from a stack of “room tiles” that lets you build the layout on-the-fly. What’s neat about it is that it offers a ton of replay value because the structure of the mansion changes each and every session and, as the game changes, so does the story!

Midway thorough your playthrough, due to some random event (based on “Omen” cards), a “Haunt” happens where a traitor/betrayer/defector (I personally like to call them “Betraitor”) is determined amongst your group. This is where the game drastically changes as each group now has a “secret goal” that they need to accomplish in order to win the game! The betraitor’s objective could be simply killing off the other players, or trying to complete a ritual by entering specific rooms… The other players on the other hand are trying to figure out the secret objective of the traitor in the hope to stop it, or they simply just need to survive! The base game’s 50 scenarios offer a lot of story and diversity each and every game!

Now back to the expansion. Widow’s Walk adds a lot of stuff to the base game. Let’s take a look at the components included:

I’m particularly excited for the 50 new haunts! Because some notable contributors from all walks of geekdom are mentioned like Pendleton Ward (of Adventure Time fame), Max Temkin and Eli Halpern (Cards Against Humanity), even the games original designers Rob Daviau and Bruce Glassco lends a hand in creating some of the stories in the game. Here’s the full list of contributors: 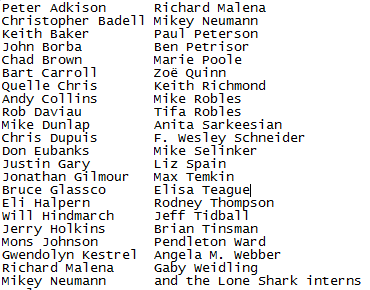 The game will be released on October 14, 2016. Time to plan that awesome Halloween boardgame night when this expansion finally hits the table!

You can also check Tabletop’s episode by our friends at Geek and Sundry for those who haven’t played the base game but want to have an overall feel of the game. Trust me, the Wheton Effect has gotten to me a bit more than I expected!

Excited? We sure are! If you’re just as hyped as we are (and you live in the Philippines), you can visit Gaming Library and you can pre-order the game right now by clicking HERE!

For more news on this expansion, keep it here at Ungeek! We’ll keep you posted as new developments come by.