Arkham Horror: The Card Game to come from FFG? 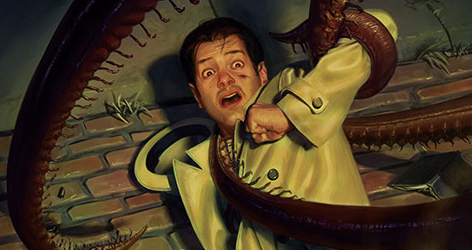 Fresh from the rumor mill, an anonymously sourced image has been making the rounds on social media: 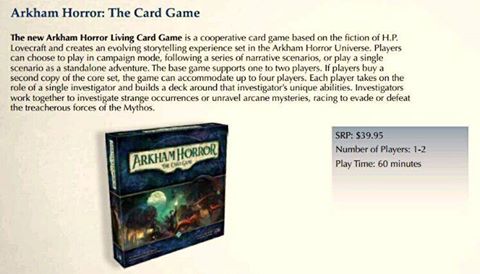 I’ll let you catch your breath for a moment.

The Call of Cthulhu universe and the Arkham Horror line of games have been very popular for Fantasy Flight Games and have spawned multiple products and expansions. But in the past few years these releases have waned as these product lines reached the end of their cycle. The mega publisher opted to retire the Call of Cthluhu LCG in 2015 and has not released an Arkham Horror expansion since 2011’s Miskatonic Horror. The cudgels of these games have been somewhat continued by Eldritch Horror and Elder Sign, but there continues to be a massive void for a Cthulhu-based card game. It would be strange if this persists considering that FFG’s LCGs have so far been great and popular products.

But if the rumors are true, Arkham Horror: The Card Game signals the return of the Elder Gods in the LCG format even if there appears to be substantial changes. This newest iteration will be a cooperative card game instead of a competitive one. This brings immediate comparison with FFG’s other cooperative LCG, Lord of the Rings: The Card Game, which details the heroes of Middle Earth going against scenario based quests controlled by the game AI.

There seems to be plenty similar going on here, as the RPG roots of Call of Cthulhu leads to a natural progression to a narrative style card game. Investigators can take the same role as heroes in the Lord of the Rings: The Card Game. And one can expect that mechanisms based on madness and the Elder Gods can be natural replacements on the latter’s “threat” mechanism. 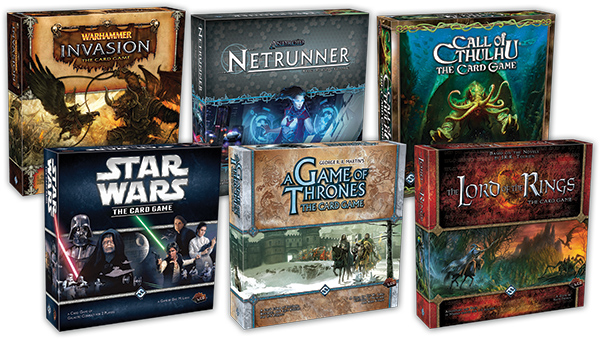 But knowing FFG, this will not be a simple reskin of the Lord of the Rings version of the game as they have continued to reinvent and refine the gameplay of their board and card games over the years. That’s why we really hope that this rumor is true. We can’t wait to see what surprises FFG has in store for us in this latest potential romp with the Elder Gods. For now we wait and see.