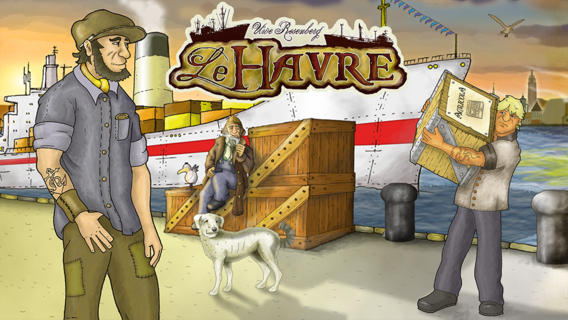 I’ve always been a fan of Euro games… Something about collecting and managing resources to achieve the most victory points always fascinates me, regardless whether the theme is dry or not. I really get a kick out of placing workers, deciding one thing over the other, starting from nothing then ending up with the best-looking board/farm/cave/port in the land… It’s really one of the most elegant mechanics out there. 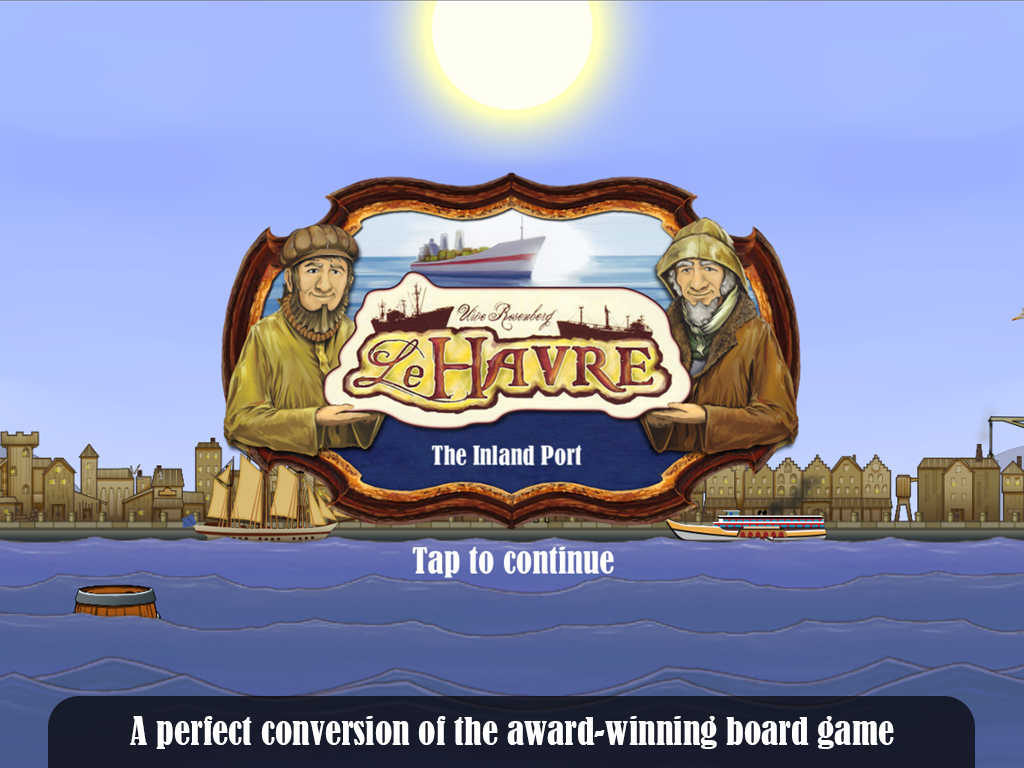 Fans of the genre have got it good recently in terms of portable gaming. A lot of great games like Agricola and Lords of Waterdeep have gotten that on-the-go treatment to great acclaim. Now, from Digidiced, the same makers who brought Patchwork to the digital realm, UnGeek reviews Le Havre: The Inland Port.

Le Havre: The Inland Port is basically a distillation of its younger brother Le Havre, designed by Uwe Rosenberg. They share the same harbor theme in which 2 players compete to become the best harbor master out there. It features a neat Rondel mechanic similar to Glass Road and Ora et Labora but, in this game, the wheel mechanic signifies game turn and an dictates the power generated by the buildings. I won’t go into much detail but, to simplify things, the game only lets you choose 1 of 2 possible actions: 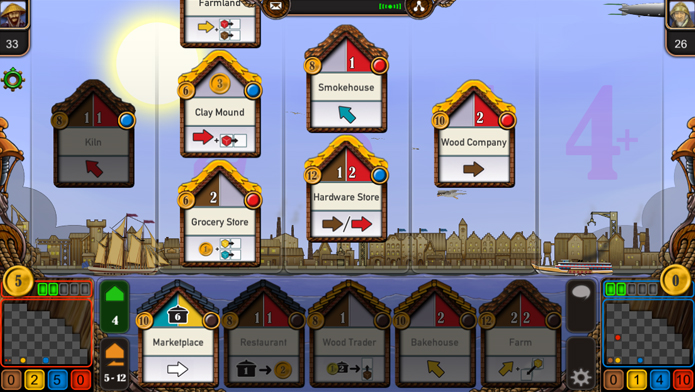 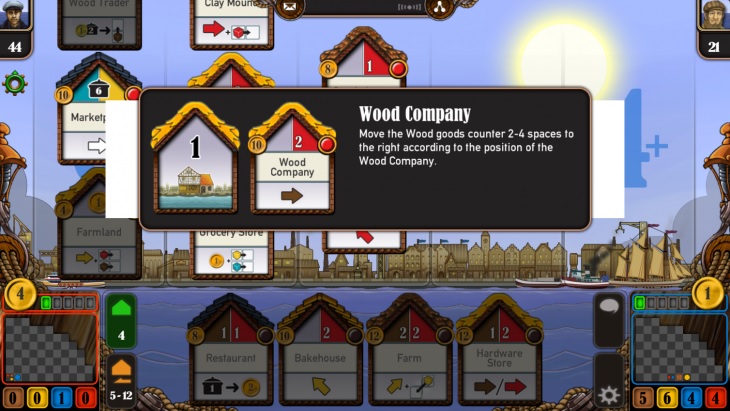 2. Activate a building – To do this, choose a building on any player board and get its benefit, moving it to the zero space after. When you activate an opponent’s building you have to pay them 1 dollar.

Every round, new and better buildings can possibly be built. After 12 rounds, the player with the most victory points (VP) on buildings and accumulated money wins! 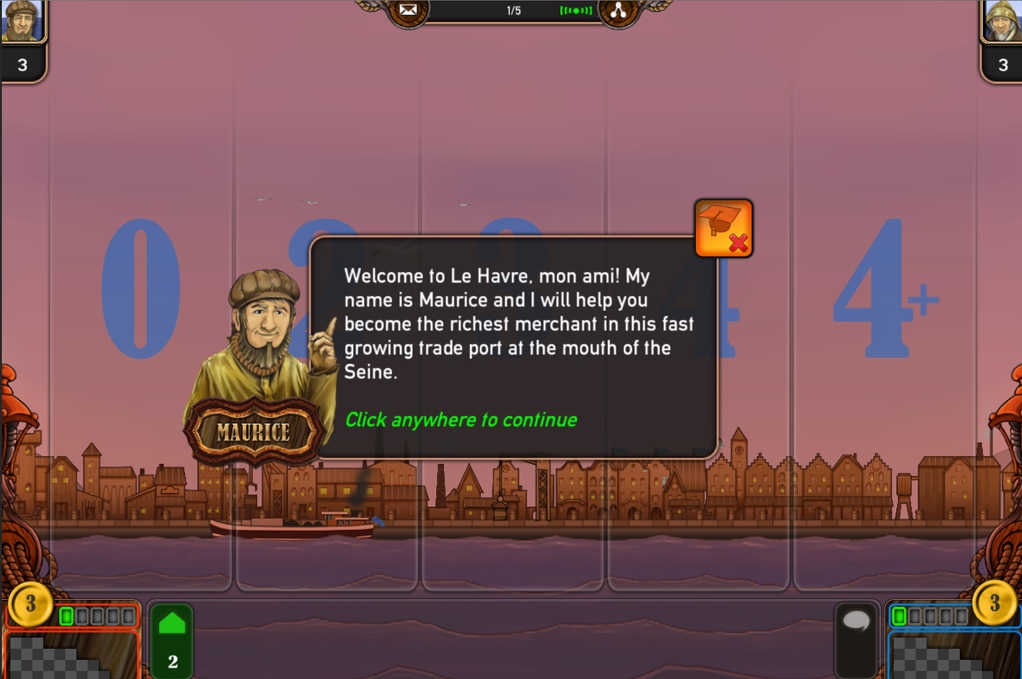 Having played a few games on my iPad (a few meaning around 10 in one sitting), I find the game to be really well-presented both in form and function. The interface is really smooth and intuitive. The tutorial does what it should in terms of giving you a good grasp of the game. The art and additional bells and whistles adds a nice touch to an already impressive implementation. The interface is essentially divided into 2 parts, where one shows your “warehouse” where you can see your available goods (resources),  while the other shows the “buildings” that have already been purchased (and who built it) and the available buildings that can be acquired. Players must be mindful of when to properly utilize their available resources, because once a particular good reaches the end of the row, it doesn’t accumulate until you manage to move it to a higher row. As with most digital boardgame adaptations, the app does all the bookkeeping and calculations for you, which let you focus more on the game. 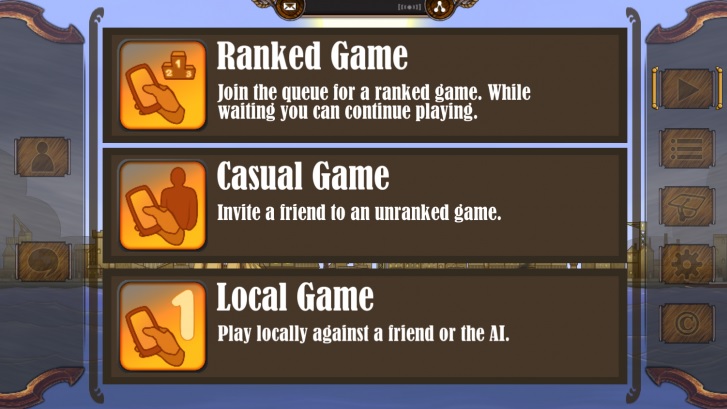 You can play this game solo against the A.I. with 4 difficulty levels or casually with a friend (pass-and-play). There’s also online ranked play for those confident enough to try their skills against other seasoned players… For some reason though I’m having trouble finding opponents online.

I’m always on the fence with “little brother” games, often sacrificing some elements that the original brought, degrading the overall feel. But I think this is one of the rare exceptions. Like “Le Havre,” I managed to feel the same tension and anxiety of choosing the right action at the right time, picking one over the other. It still holds true in this game… Do I build now or take the already huge pile of resource, with the fear that the other player might think of the same thing.  It’s really frustrating when your opponent grabs the stuff you most desperately needed first, or getting that building that you were eyeing on… The stress is all here and it’s all great!

Fans of the Euro genre should definitely pick this up! Those who are still hemming and hawing can get the digital implementation first to see if the game fits their style. It’s really a faithful representation of its cardboard counterpart. Try it out, you might get hooked! (“Sea” what I did there?)

- Advertisement -
Previous article
Agent Carter has been cancelled by ABC
Next article
Unboxing the Latest T.I.M.E. Stories Expansion – Under The Mask