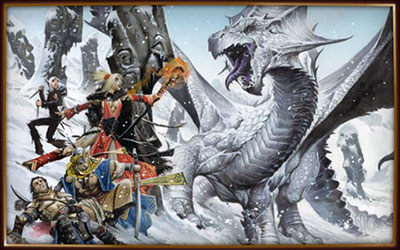 Brought to us by Obsidian Entertainment and Paizo, Pathfinder Adventures is the digital translation of the best-selling Pathfinder Adventure Card Game, initially available for tablets. The app is FREE for download with in-app purchases. More than just adapting from the source, this app transforms the game into something more, providing additional contents as well as one of the best benefits that fans of the game would agree upon… No more card-sorting. No more clumsy shuffles. No more miscounted blessings deck! All of these are done by your personal butler… errr, I mean the app! Huzzah!

Pathfinder Adventures currently features the Rise of the Runelords adventure, well… part of it for now as developments are currently ongoing to complete the whole adventure. But I’m willing to bet that it won’t end in just 1 adventure!

As we were trying out this awesome app, here are some special features that we’ve noted thus far:

And to answer some of those rumors floating around… Yes, the app has some bugs. BUT the community is actively on the lookout for them, providing quick solutions and workarounds. Hopefully, these get resolved in future updates and patches, so we’re not too worried.

So what are you waiting for? Download the app now and go on those Pathfinder Adventures!

- Advertisement -
Previous articleArkham Horror: The Card Game to come from FFG?
Next articlePhilippines to represent Southeast Asia in Heroes of the Storm Summer Global Championship