Unboxing the Latest T.I.M.E. Stories Expansion – Under The Mask 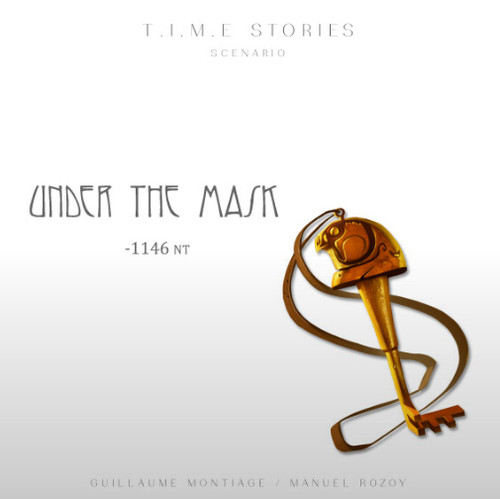 It was just last March when T.I.M.E. Stories released “A Prophecy of Dragons” and what a great ride it was. Fast forward to about two months and we now have the next great temporal adventure. In today’s unboxing, we’re going to take a peek at what underneath T.I.M.E. Stories: Under The Mask! 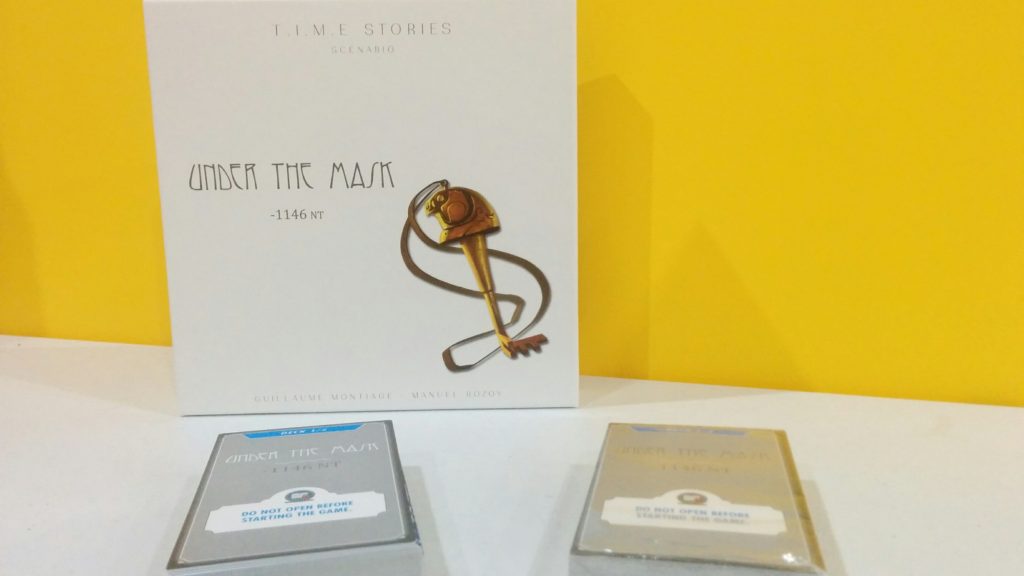 The expansion comes with 2 decks worth of cards. Upon checking, they seem to be all incorporated immediately into the game (unlike Prophecy of Dragons where the MYSTERY DECK was introduced – a set of cards that served as the game’s Part 2).

For the purposes of this unboxing, we’re not going to do any spoilers aside from the initial set-up of the game. If you truly want to go into the game without knowing even THAT, let this serve as your Light Spoiler Warning. With that said, let’s dive in. 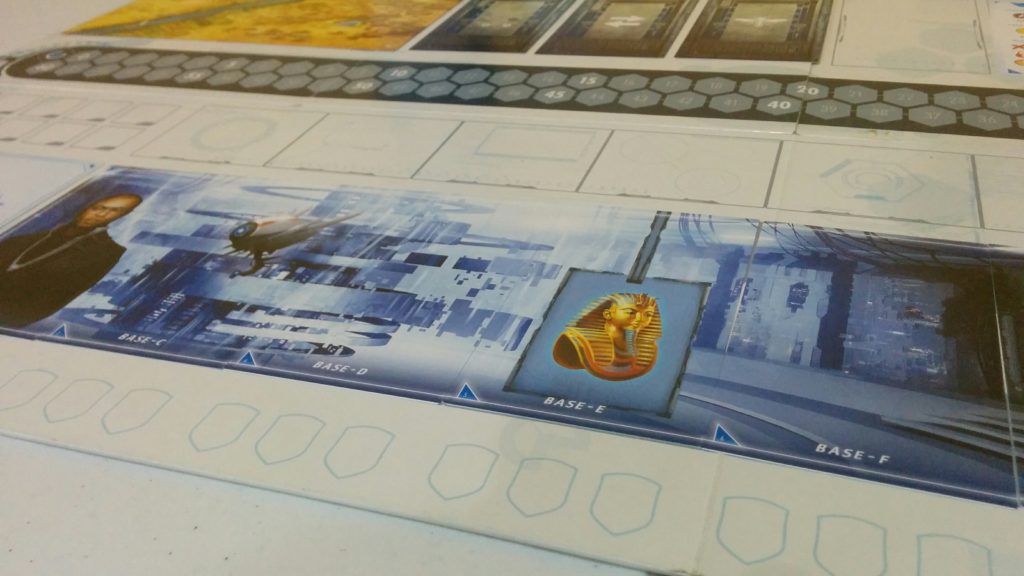 As always, the game starts off with a briefing. Looks like we’re off to Ancient Egypt! The Syaans are at it once more and have now stolen the Mask of the Pharaoh and it’s up to us to bring it back. I think it’s worth mentioning that the briefing room looks slightly different this time. 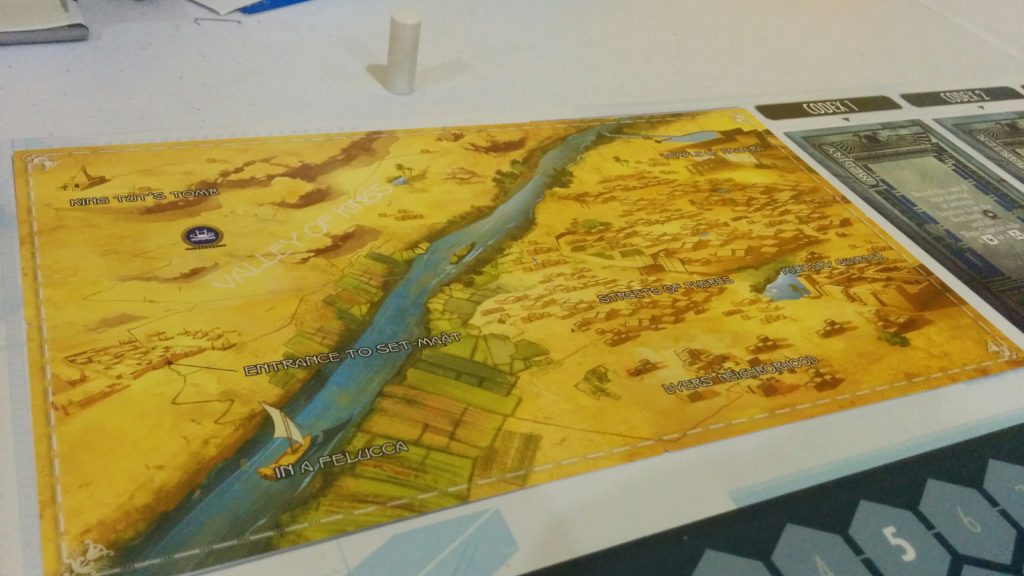 First, let’s take a look at the map which is split into 2 territories by the Nile. Hmm… there seems to be a weird symbol on the Western Side of the map. What could it be? 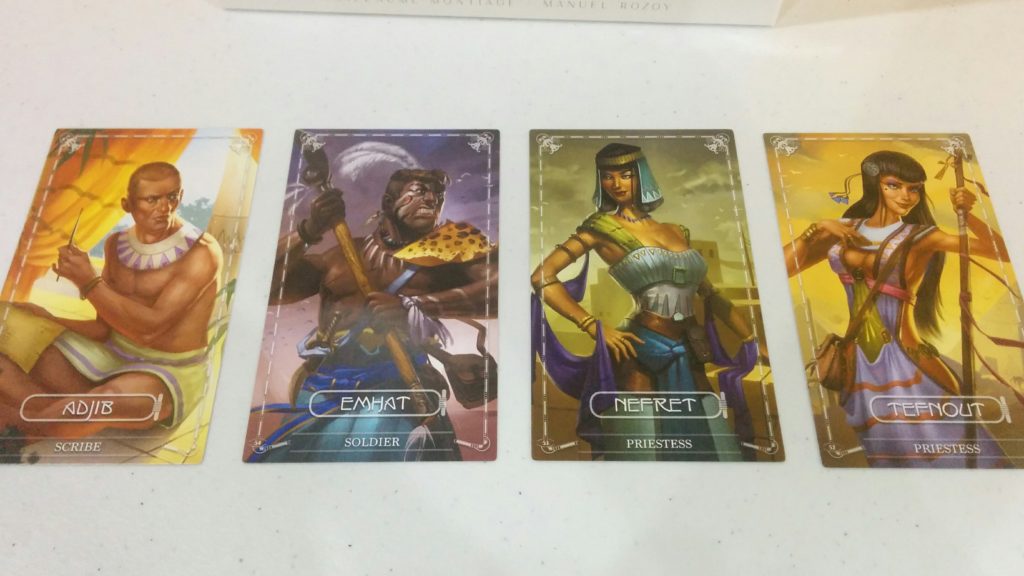 Next up, we have our Receptacles aka the Characters we’re choosing from. Interestingly enough, we only have 4 characters. The only other expansion of T.I.M.E. Stories that had few characters was The Marcy Case. Here’s a breakdown of the 4 characters : 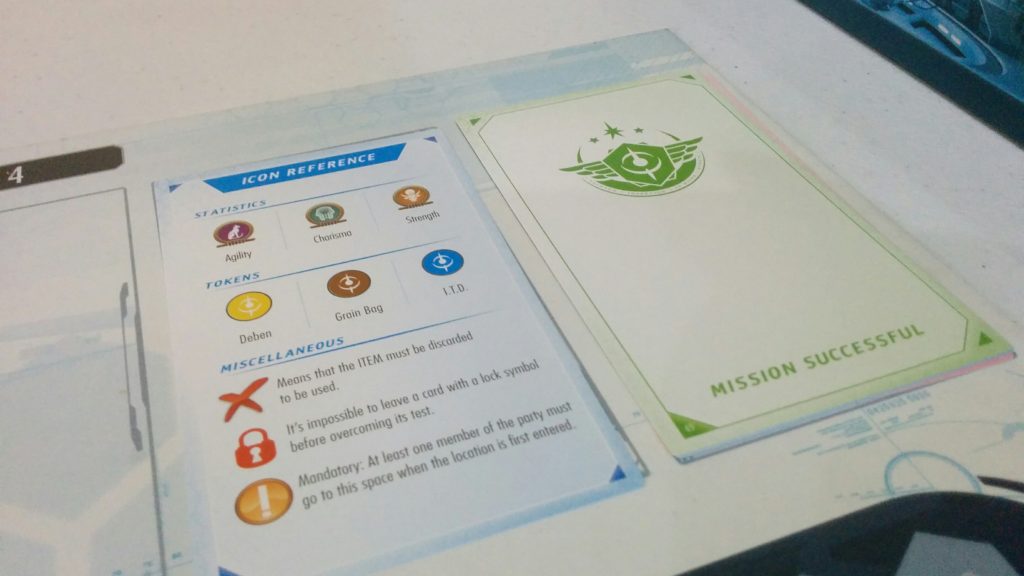 Now, let’s check out the Icon Reference card. So as you can see, these are the 3 main stats for this expansion: Agility, Charisma, and Strength. The yellow and brown tokens represent currency with 1 Deben being worth 5 Grain Bags. What’s the Blue I.T.D. Token you ask? Well, I’ll let you discover that one on your own 😉 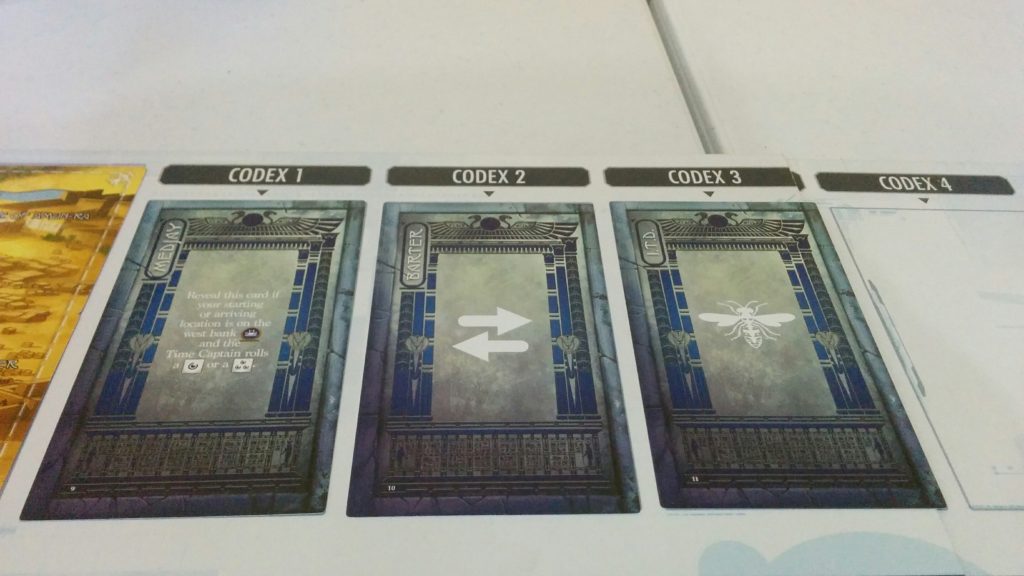 These are the 3 special codices that comes with the set-up. In Codex 1, we have the Medjay. We also finally understand what that weird symbol was on the map. Apparently, if you’re on that side of the map and your Time Captain rolls a 1 or 3, this card is triggered. For Codex 2 (Barter) and Codex 3 (I.T.D.), I’ll let you discover those on your own as well. 🙂

And that’s it! I will tell you, though, that that this expansion features a very interesting new mechanic. It was very interesting for me and my group to work with it. Tell us what you think about the expansion if you’ve already played UNDER THE MASK.

If you haven’t tried the expansion and you want to buy it (and you’re from the Philippines), you can contact Gaming Library, official distributor of Space Cowboys, who’ve taken it upon themselves to be the first in the country to bring in this expansion! They have a limited stocks available RIGHT NOW that you can purchase by CLICKING HERE!

Till next time, everybody! Keep on Gaming!