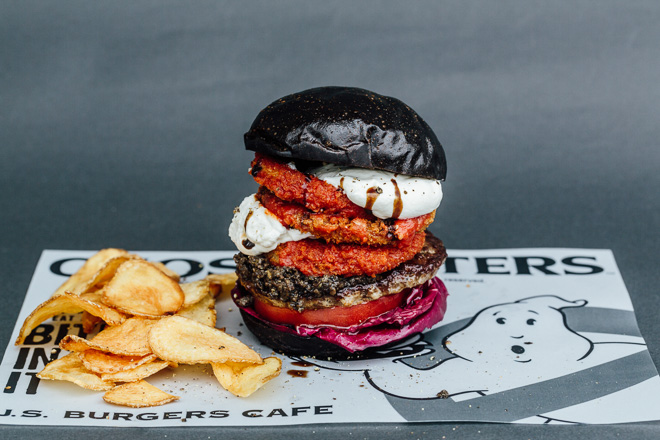 In the Japan, the land of “What the heck JAPAN?!” and  “I don’t know what it is but I like it” just to name a few, there’s a cafe there that’s feeling the spirit of the ghostbusting season. From “Jeiesu burger’s Cafe (J.S. BURGERS CAFE)” comes another black bun creation in collaboration with the up and coming paranormal comedy film Ghostbusters, presents the “GB Burger”!

A black olive and anchovy paste patty with purple cabbage, a slice of tomato, with what looks to be white cream cheese and what are those red-ish things?! All of which are  sandwiched between a black bun.

But that’s not all! Also joining the menu is the Stay Puft Marshmallow Man inspired  dessert “Marshmallow Mad burger”! 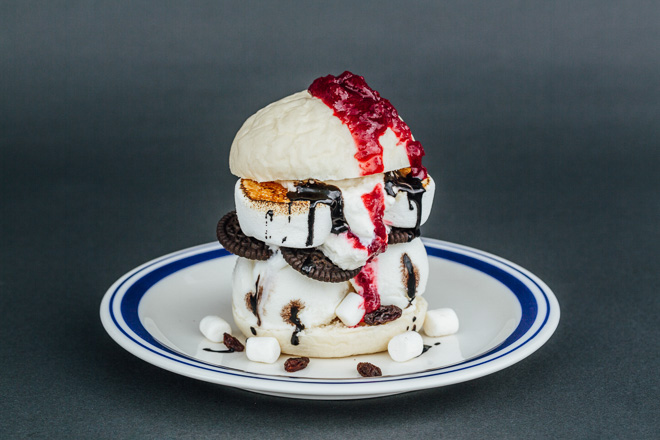 For sides, there’s the Black Chili Chips and to water is all down, there’ a Slimer smoothie with chunks of kiwi and, for some reason, tiny burgers  on top. 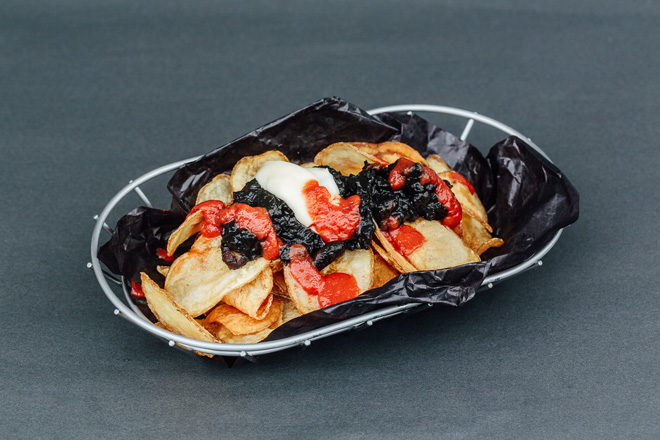 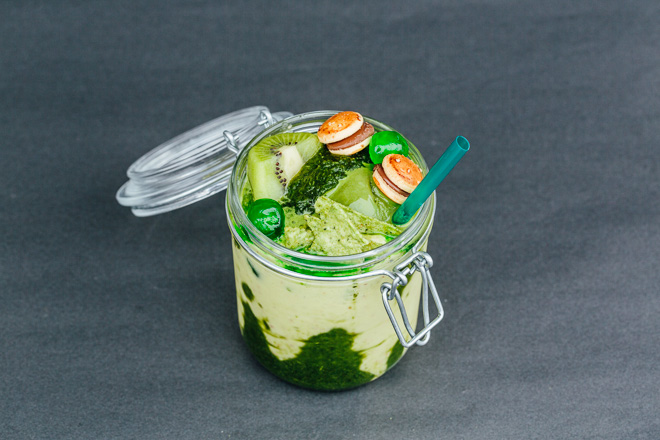 The stores will also be selling exclusive licensed merchandise such as T-shirts and eco-bag. 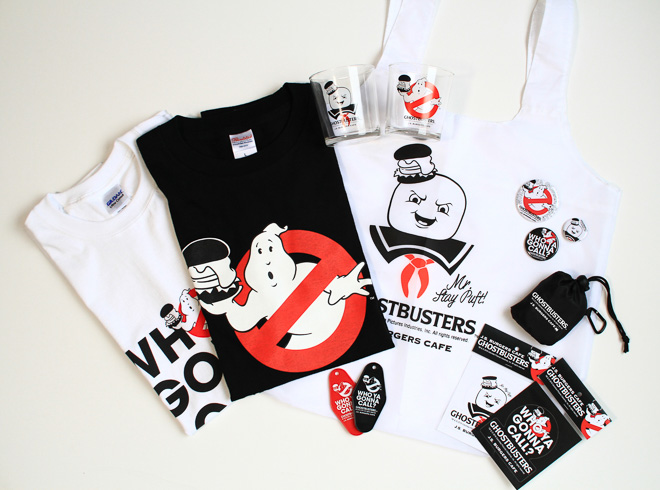 The food will be served at all J.S. Burger Cafe locations throughout Japan from July 1st until September 30th. I can only hope that this awesomeness happens in other countries as well!

- Advertisement -
Previous articleMighty No. 9 has 67,226 Mighty Backers… And an almost 4-Hour Long End Credits Scene!
Next articleTake a Look at the First Berserk Musou Trailer