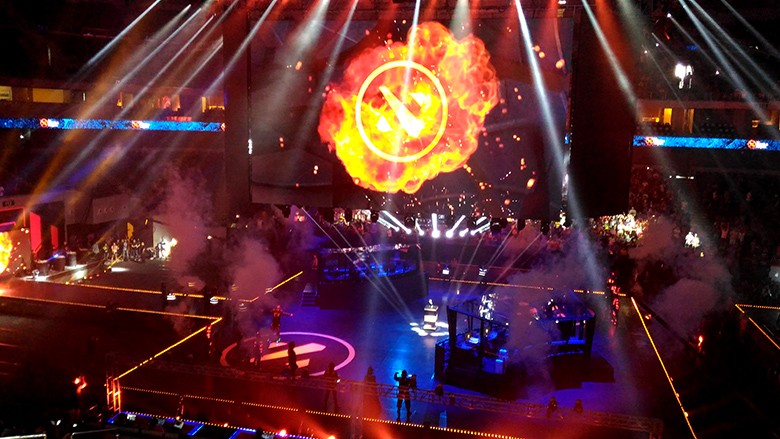 Here we are ladies and gentlemen, the main event for the Manila Majors, the biggest eSports tournament in Manila to date.

The Manila Major is the third and last Major before the International and we have 16 teams hungry to show that they have what it takes to conquer Manila!

Team Ungeek walks you through the Manila Majors, offering day to day coverage from start to finish. We’ll be providing you with Match schedules and our thoughts as to how the matches will play out as we inch closer to crowning the champion for the Major. See our day 1 analysis and predictions below!

Liquid has been placing second on multiple tournaments and at the recently concluded Epicenter tournament in Moscow, they’ve finally broken through and claimed first place. With the genius of Kuroky at the helm, their consistent performance has led them to take the #1 team ranking in the world as of today. MVP will look to provide some sort of challenge as trademarked by their very aggressive style of play and they’ll be looking to take Liquid by surprise and take a game or two away from the favorites of the tournament.

Prediction – Liquid takes the series 2-1 against MVP. Liquid has shown that they can perform at all stages of the game and if they can survive the initial surge by MVP, they’ll have no problem taking this series.

Na’Vi is facing some sort of resurgence to glory and although their recent play has vastly improved, only time can tell how well they can sustain their performance at this level. They immediately face a previous Major Winner, OG, and will look to take the fight to N0tail and the rest of the crew.

Prediction – OG’s superior play will take this series 2-1 against Na’Vi. But Na’Vi beat Secret and DC 2-0? Yeeeeeah, but I’m still not quite convinced as to how much higher their team ceiling is. I’d love for them to prove me wrong and I believe everyone would like that as well but I’m seeing this series go the way for OG with Na’Vi taking at least one game.

Wings Gaming have proven to step up when the occasion arises and their performance at the recently concluded ESL One Manila has shown just that. They perform best when being aggressive and will look to jump out of the gate early and take the fight to Complexity. Although Complexity has not shown top form as of late, they are a team that can easily take one game away from anybody in this tournament and with the first round being a best of 1, they will look to do just that.

Prediction – Wings Gaming will look to overwhelm Complexity with superior team fight and laning. We’ll call this as it is and have Wings Gaming take this 1-0 as we see Wings being a potential dark horse in the lower bracket.

When Alliance wins, they win big. When they lose, they can lose big as well, evident in their game 3 drubbing against Fnatic during the groups. Mineski on the other hand has shown they can stand with the big boys and have taken a game against EG and MVP so they will look to carry that confidence boost against the well decorated Swedes in front of their home crowd.

Prediction – This is the Manila Major but unfortunately, we believe this is not the time for Mineski yet. S4 will be out for blood and will look to advance through the lower brackets at the expense of Mineski and their relative inexperience compared to Alliance. We’ll give this series to Alliance 1-0.

EG have performed very inconsistently as of late but being the TI5 champs, we can never discount the fact that their core team is still intact with PPD and Fear at the helm. Vici Gaming have yet to prove their salt against the tier 1 teams in the scene and this will be a good shot to prove that FY and the gang has what it takes.

Prediction – It’s too early for EG to bow out of the tournament and I believe PPD has some magic strategies up his sleeve to move on through the lower brackets and stave off elimination for the time being. EG takes the series 1-0.

With a very disappointing showing at the groups, Puppey and the crew look to bounce back as they face the young guns of Team Empire. Empire have shown that they have what it takes to knock Secret out silly, beating them 4-1 recently at ESL One Manila. This is the Majors though and if anyone has a deep enough repertoire to dig into, you can count on Puppey to turn us into believers once more.

Prediction – Secret has a reputation to live up to and they know full well what is at stake here. Experience will prove to be the difference maker in the series and chalk the victory up to EE-sama and the rest of Team Secret, 1-0.

Think things will go otherwise or will our predictions hold true? Let us know! Only time (with skill and luck) will tell. It’s an exciting first day for Manila Major guys and we will be here all week bringing you predictions and match schedules for the rest of the tournament!