The Up and Coming: Bruno Faidutti and Eric Lang Sail to our shores on the H.M.S Dolores The Card Game 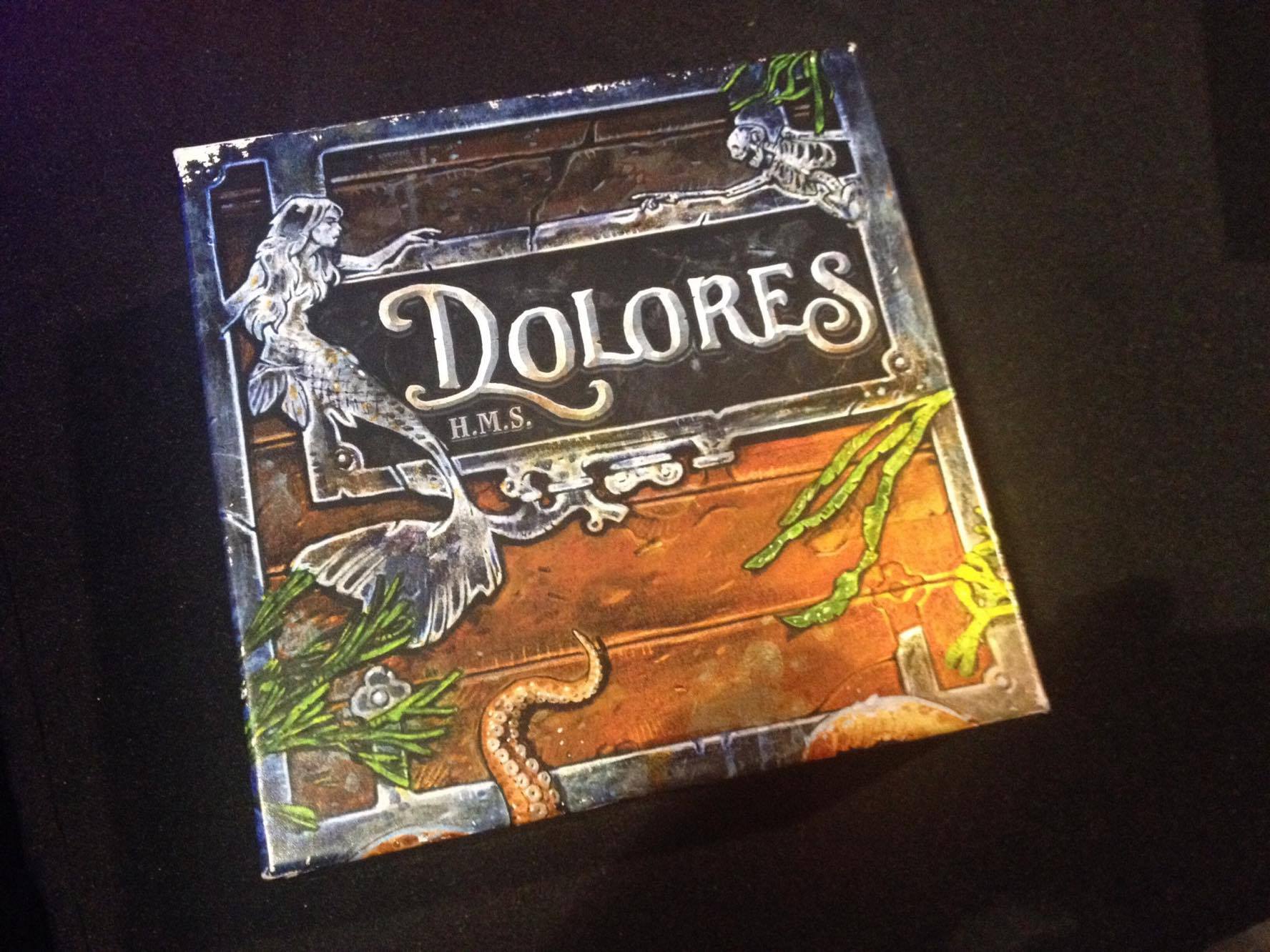 During ToyCon Philippines 2016, we were honored by the presence of Board Game Designer Savant Eric Lang and with him came his knowledge, expertise, and wisdom in his craft AND his up and coming games for demo and play testing. Woot!

Based on the model of the “prisoner’s dilemma“, board game designers Bruno Faidutti and Eric Lang have collaborated to bring a tale of two prisoners (well more like Pirates or Shipwreckers or Treasure Hunters/Looters) right into your table top with Dolores The Card Game. 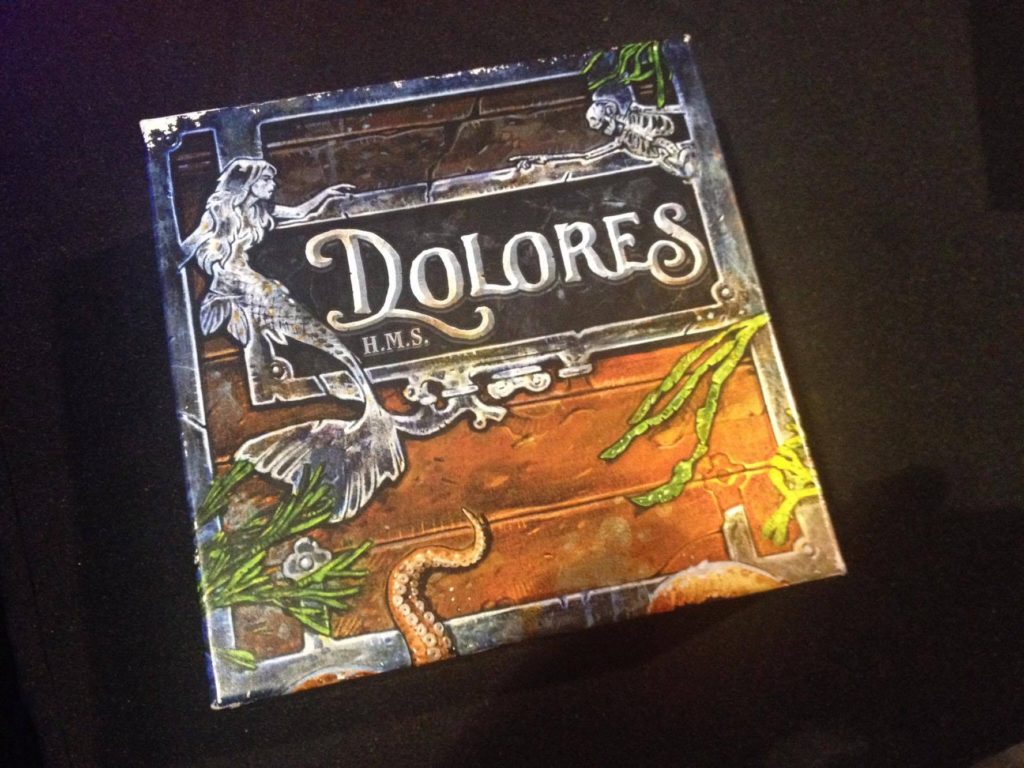 Now what is this so-called “prisoner’s dilemma“? It is a game theory where two rational individuals might not cooperate, even if it appears that it is in their best interests to do so. It is model of cooperation and conflict by Merrill Flood and Melvin Dresher in 1950 but it was Albert W. Tucker who formalized its name as “prisoner’s dilemma”.

The game project began around 2013 in Essen. The game has a specific scoring system, where every player scores the item cards of varied points categorized by color group of which he has the most and the fewest only. If more than one of your color groups is tied for the highest you score them, as well those tied for the lowest. 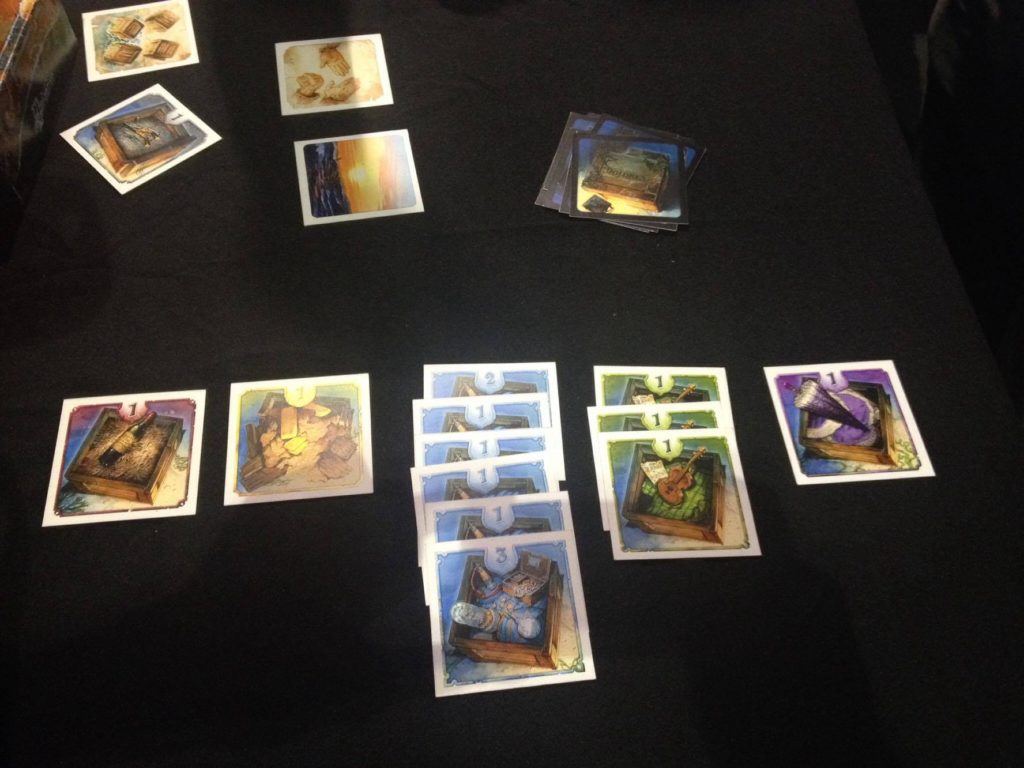 Now how does it play? Each turn from a deck of cards, four new item cards are dealt, two in front of you and two in front of the player to your left and both of you will simultaneously decide how to split them. How you ask? By the game’s variation of “Rock-Paper-Scissors”.

Here are the three options:

If both players choose peace, split the items evenly.

If both choose war, they don’t get any items.

If both choose first pick, they don’t get any items.

If one chooses war and the other peace, the one who chose war gets everything.

The game continues until the Dawn Card is drawn.

There are also “message in a bottle” ability cards that when played allows you to do things that will gain you an advantage like taking all the item cards dealt for the turn before the rock-paper-scissors step or wash away all the items dealt for the turn so nobody gets it or you decide how the two players will decide on how they will split the items dealt. This is a great short filler game where you try to out-psych your friends and there are layers of strategy to this game because of its scoring system playing the long game can be rewarding as well as denying your opponent cards at the cost of not getting any for you to maintain that edge.

Dolores the 1st first game co-designed by Bruno Faidutti and Eric Lang, but it will not be their last. This is one of five up and coming board games that Eric brought with him. You guys want to know what the other four are? Stay tuned on Ungeek.ph 🙂

- Advertisement -
Previous articleEat all you can and not gain a pound! Shokugeki Souma season 2 will be served this July
Next articleSPOILER: Captain America: Steve Rogers #2 reveals the reason behind Cap’s turn