WATCH: Zaschitniki/Guardians Behind the Scenes Featurette 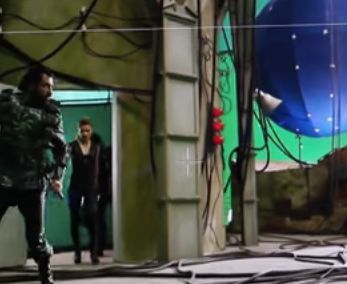 Alot of creativity, resources, and heart have been put in this project and, just to show you this, here’s a short look at the behind the scenes footage of Director Sarik Andreasyan‘s comicbook superhero inspired film Zaschitniki aka Guardians. Check it out.

Looks like DC and Marvel cinematic studio has a new competitor!

As Sarik said, this is the 1st Russian film about super heroes and they went all out on this one. The comic industry is a niche market currently in Russia so there was a lot of open ground for creative thinking to go about, despite the lack of materials as to how to tell a story unlike in other foreign countries whose movies are inspired by many different storylines from a vast variety of comic titles and graphic novels.

One key factor about the film is, even though CGI is widely used nowadays as well as in this film extensively, the production crew still prefers to use real objects to give the film a realistic look. Just look at all that military hardware! And of course the fight choreography looks tight like a tiger.

Zaschitniki/Guardians comes out Feb 2017. The wait is killing me!