A Force to be Reckoned With | LEGO Star Wars: The Force Awakens Review 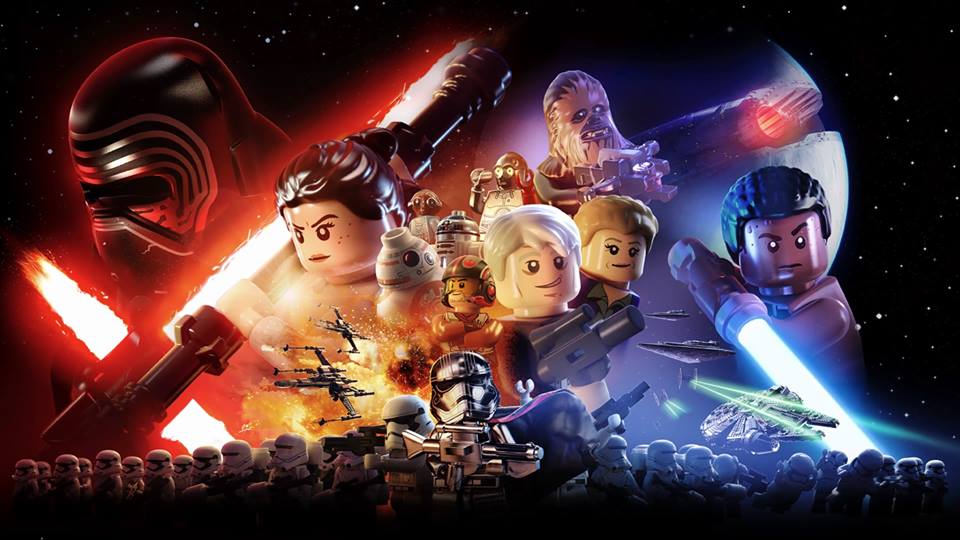 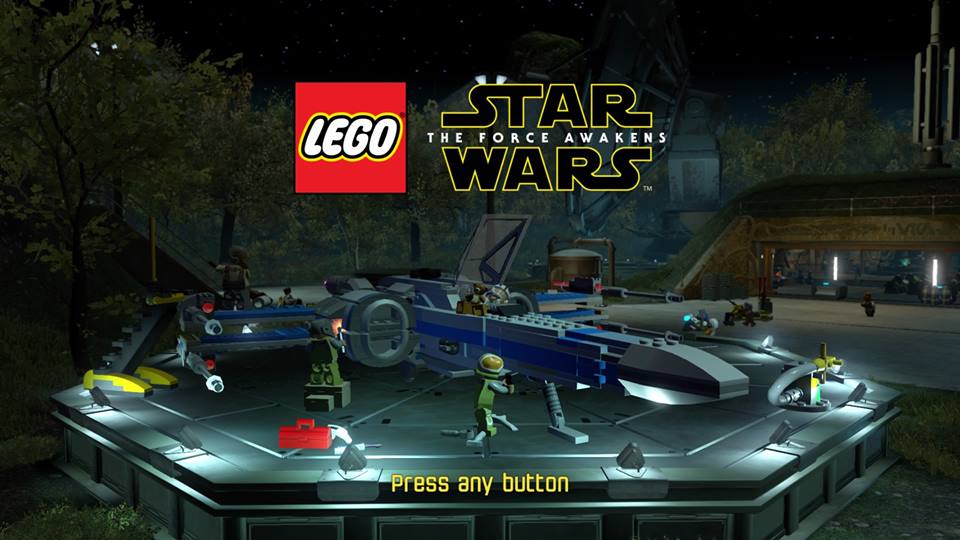 Traveller’s Tales brings to us its latest entry into the LEGO videogame franchise with Star Wars: The Force Awakens. This time, it’s not part of a trilogy like the first two games previously released. Much like the latest movie, does this give new life to the already tried-and-true LEGO formula? Or did the game, not waiting for the sequels (or prequel), take you out of pace to a galaxy far, far away? Read on and find out! 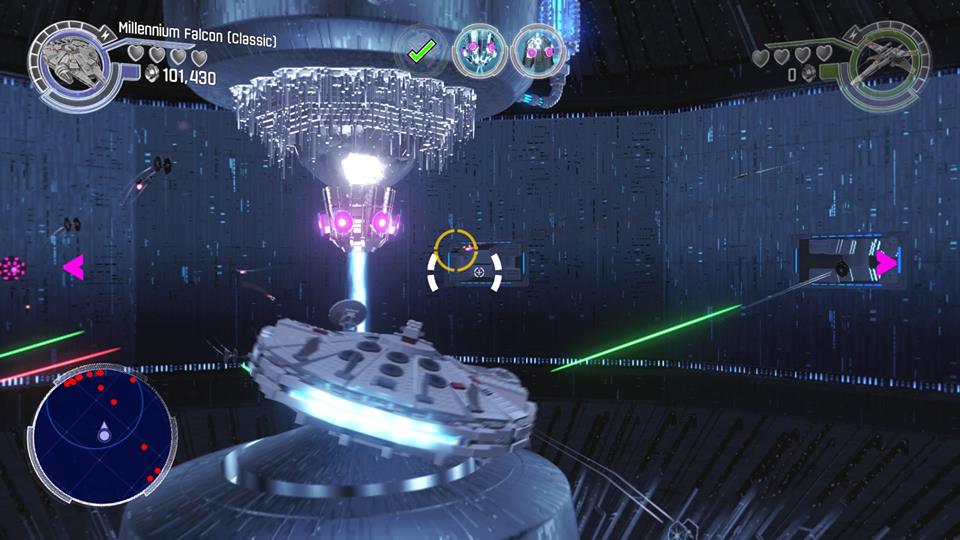 Surprisingly, when I was waiting for the entire game to download, I was first treated to a playable 30-minute prologue of the climactic events of Return of the Jedi. From the Battle at the forest moon Endor, the Death Star dogfights. Even the final Jedi battle is here! This is Traveller’s Tales (TT) own version of a director’s cut, since the prologue is basically the same mold from their previous game ten years ago (with a lot more bells and whistles this time of course), but still a nice addition to set up then pace for episode 7… As well as a pretty good excuse for TT to include the original characters into the game’s already robust roster. 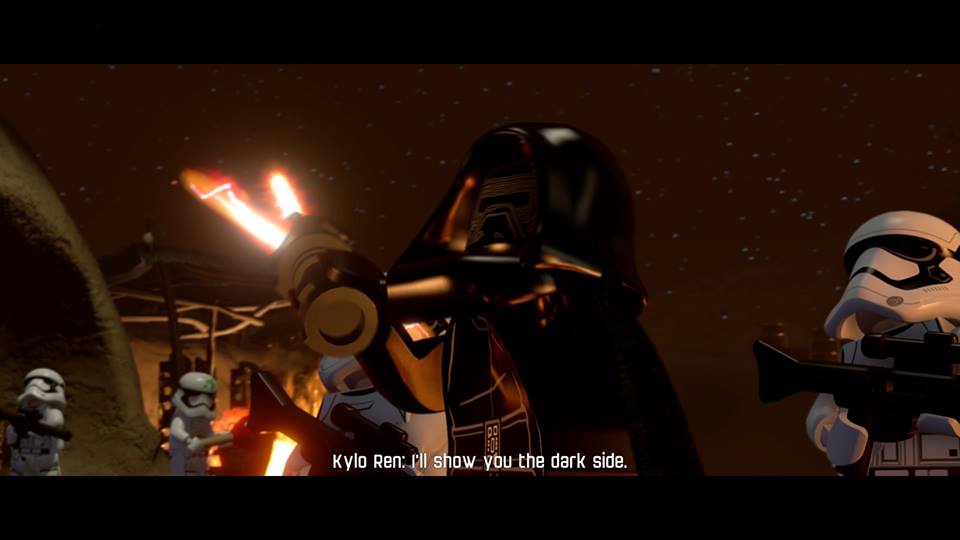 At its heart, LEGO Star Wars: The Force Awakens follows the sequences of the movie – so spoilers if you still haven’t watched it! You will tread through the many memorable locations found in the film – from the desert planet of Jakku at the start, to the forests of Takodana, to the very exciting battles at Starkiller Base, it’s all here and it’s awesome. Add to it the very irresistible Lego charm, which in my opinion, will never ever fade. Everything is eye candy in here.

In the game’s story mode, you’ll take control of key characters from the 7th flick. All the main players are here such as Rey, Finn, the lovable BB-8, Han Solo, Chewbacca, and Poe Dameron. There are literally dozens of other characters from ye old and new Star Wars lore (with various abilities to be discovered within the game), but for the main part they are the ones you will use throughout. 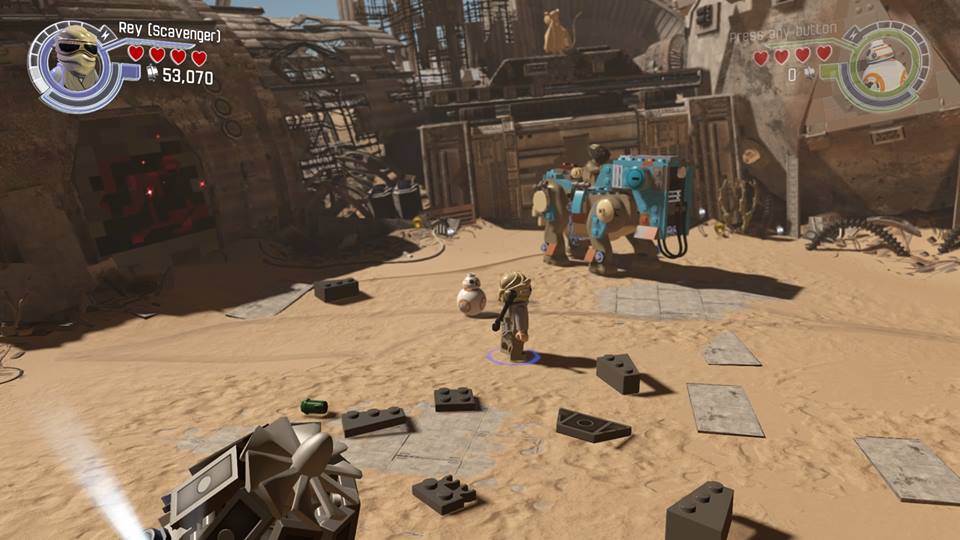 Most of the LEGO mechanics, like from their previous installment remains faithfully true in this game. You still smash environmental objects and rebuild them into something else, but this time, to mix things up a bit, you can now choose from multiple builds. Before, when tackling puzzles where you can only build one object and use it, now via the use of the directional analog, you can “effectively pick” what to build first in a certain area, this gives a nice and clever depth in approaching the puzzle elements of the game, which at times can be dull and repetitive. 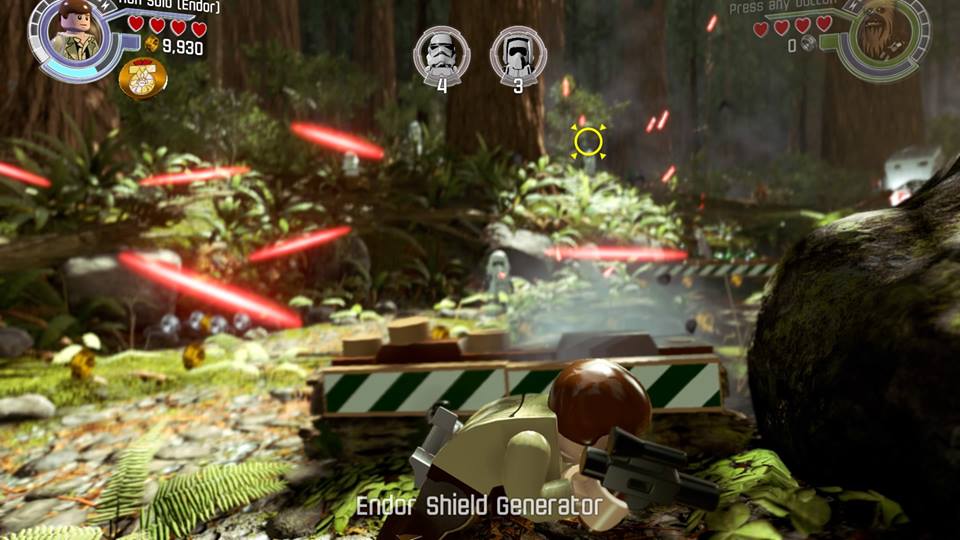 The fighting is very much the same as in previous games – Poe blasts, BB-8 can electrocute a short distance, Rey combos with her staff, Han shoots (first!)… It’s mostly the same “mash-the-attack-button” style with a new addition that is found on most of the levels – Now you can effectively duck and cover in blaster fight sequences, placing you in an “over the shoulder” perspective where you can cherry-pick at firing your enemies, then dropping at the right moment when shots are returned. It’s a fresh break from the usual battles you are normally accustomed to in the game. 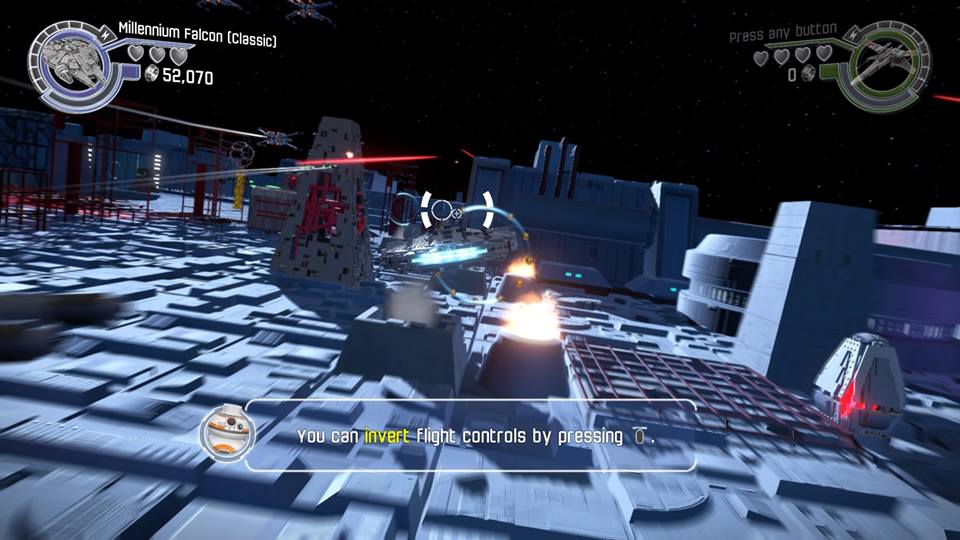 Perhaps the most interesting feature here is the aerial dogfights, where I got most of my enjoyment. There are 2 modes on this – On some missions, the flying sequences here follow an “on rails” type of flying where you only control your crosshair and shot, which is nice… But the “open flying” mode is where it’s at! It’s really satisfying to fully control Poe Dameron’s X-Wing  over Star Killer base and fighting waves upon waves of tie fighters… Or to maneuver the Millenium Falcon outside (and inside) the Death Star!  The battles here are really immersive and downright impressive. 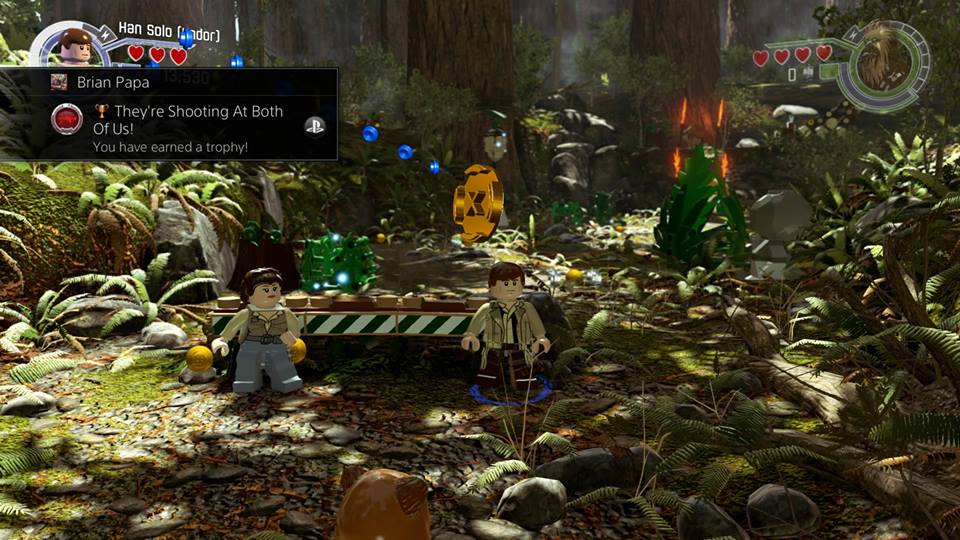 The cooperative aspect, unlike the previous game LEGO Avengers is much more enjoyable this time around. You really need to rely on your partner’s variable power that you don’t naturally have, which leads to some truly fun interactions between players, as well as covering more ground for the games more hidden gems. 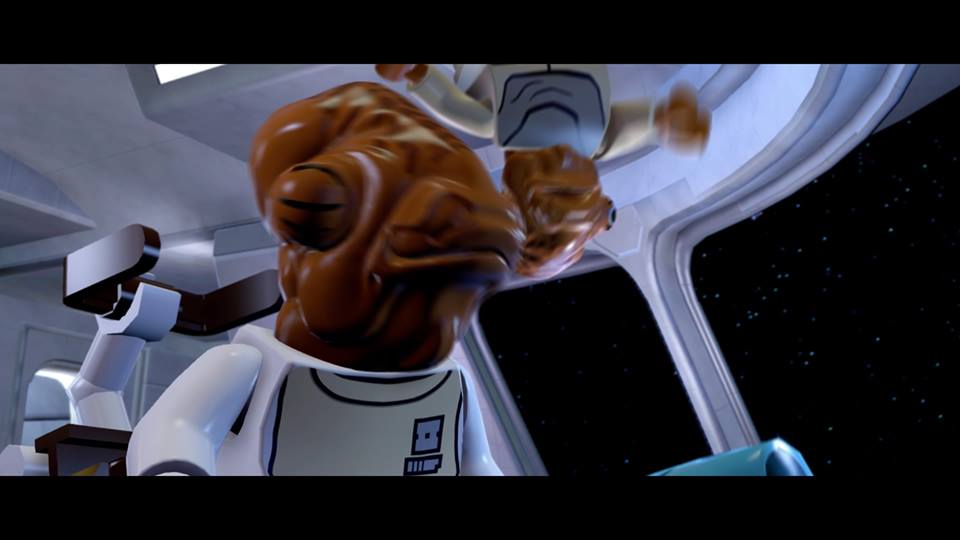 Speaking of hidden gems, aside from unlocking the original trilogy characters, which are amusing in its own right, the more-rewarding stuff in the game are unlocking the special missions (via gold bricks) that expand what the new movie gives you. A great example of this would be a pre-TFA event where Poe rescues Admiral Ackbar from a First Order Star Destroyer. That scenario, though somewhat simple in nature, adds a lot of backstory to the popular pilot; giving him a lot of fluff on how he got to be a hero of the resistance. To experience the extra fluff though, one must play the game a good while after the initial 8-hour story mode to get the additional stories, which adds to the replay value. 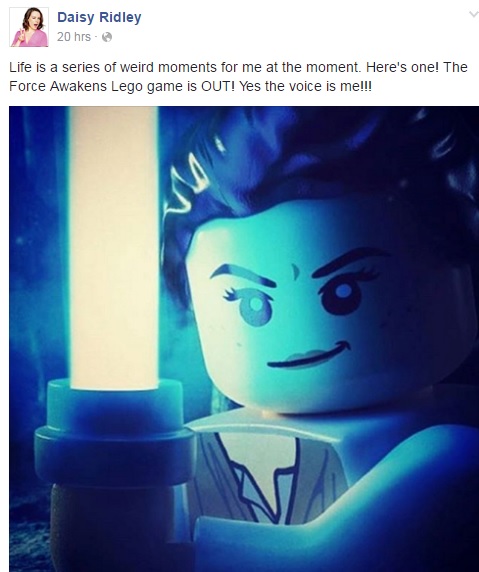 For the die-hard Star Wars fans, they can take all those unlockable missions as canon… Adding to further the overall experience; did I mention that the voice-overs were done by the entire cast? 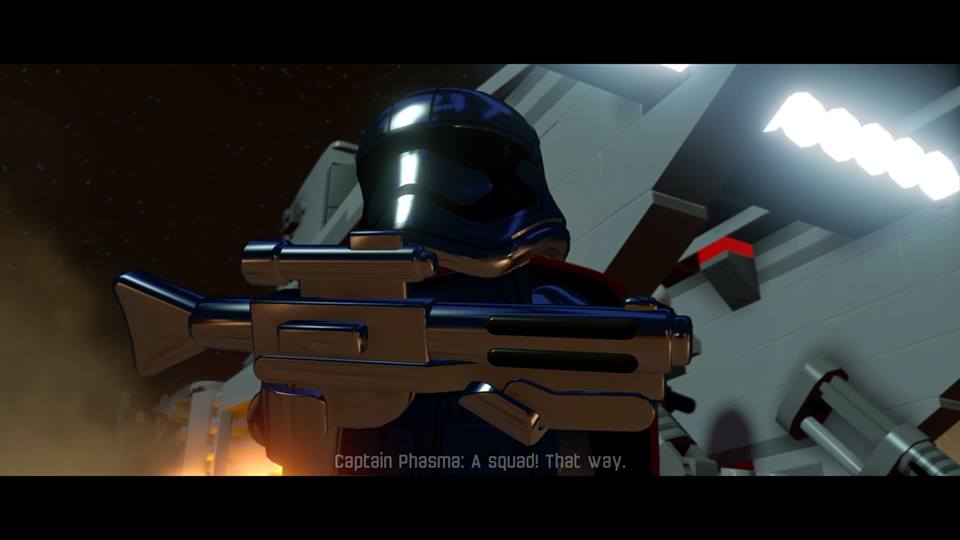 Even Captain Phasma (portrayed by Gwendoline Christie) – who I think is seriously underplayed in the film, is given additional lines for the game, to which I think she rightfully deserves. 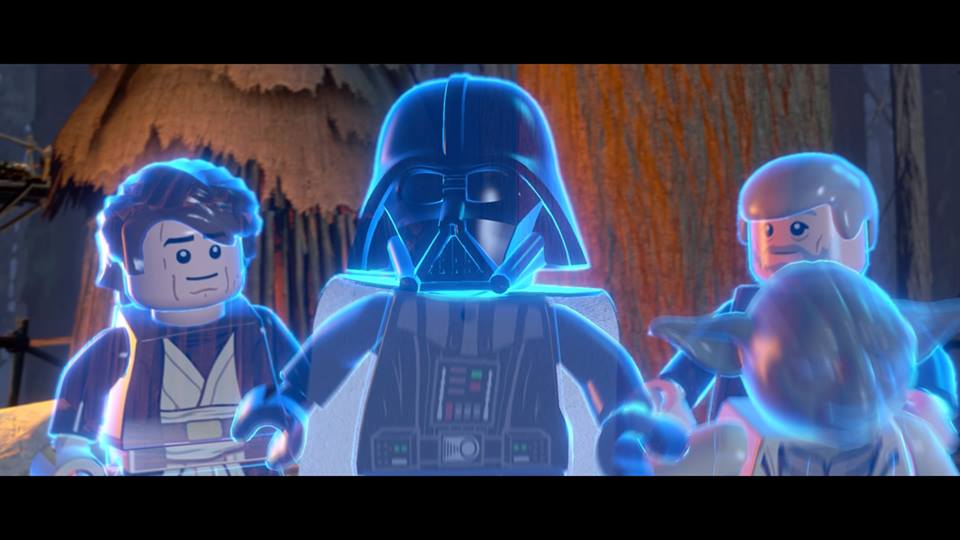 Add to the alright undeniable LEGO magic and the light and fun humor the game brings. Its elements like those that make the game appeal to both The Force Awakens newcomers and old-school trilogy veterans; there is absolutely something for everyone here. While all the new features don’t actually prove ground-breaking, especially to those who played the original games a few years back… It has copious amounts of that LEGO bling I keep mentioning that really does justice to the source material, that doesn’t feel like a cash-in to the hype. The game is definitely worth your time. 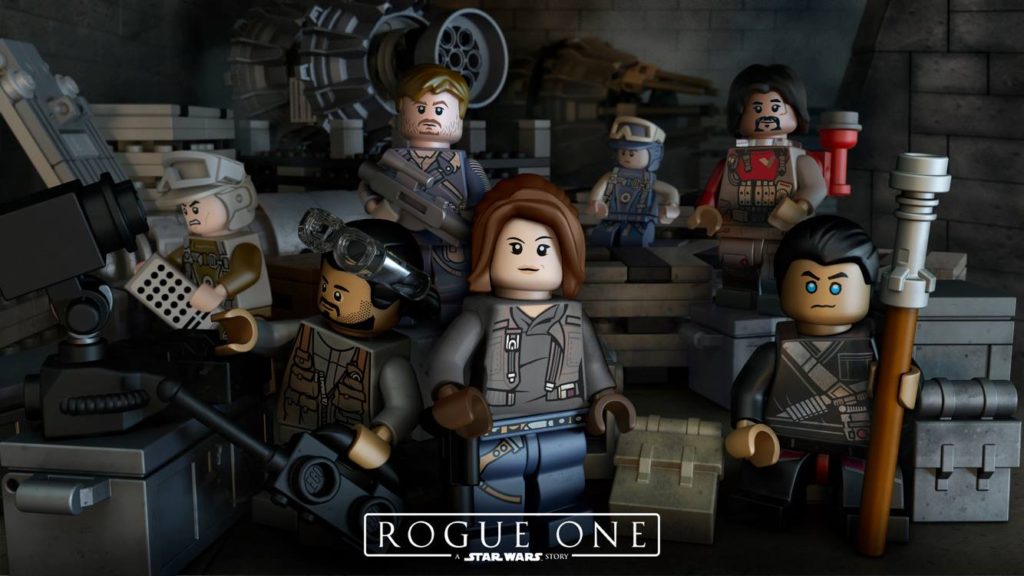 Now I wonder how awesome it would be if the game waited a bit for Star Wars: Rogue One… 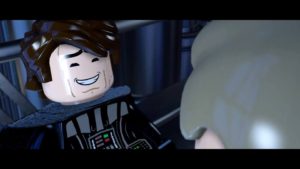