CMON teases their next Boardgame Kickstarter: The World of Smog: Rise of Moloch! 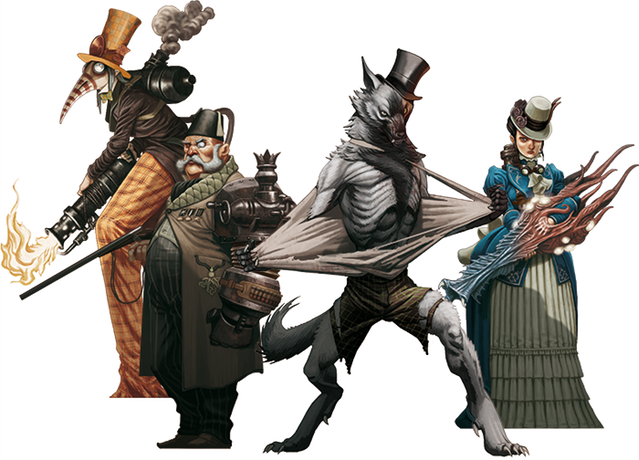 During the very last update of the Massive Darkness Kickstarter campaign, CMON announced the next Kickstarter project they’ll be doing in a couple of months:

“The World of Smog: Rise of Moloch is a Victorian adventure board game, for 2 to 5 players, set in an alternate England, where magic and technology have taken an extraordinary turn. Playable as a campaign or solo adventures, Rise of Moloch puts one player in the position of the Nemesis, against the intrepid Gentlemen controlled by the other players trying to save the Crown. Secretly activate the order of your characters through different scenarios, enjoy your steam power weapons, and save your special actions for the most opportune moments – you surely don’t want to make your opponent stronger!” 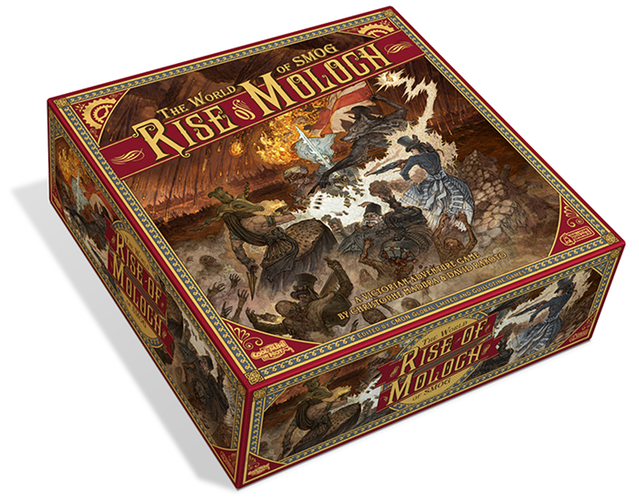 While that’s all the details we have for now, the description is equal parts intriguing and wait-and-see. We all know what CMON can do on the miniatures front, but with Zombicide, Arcadia Quest, The Others: 7 Sins and now Massive Darkness as part of their dungeon crawl game lineup, what else will The World of Smog: RoM possibly bring to the table? It also seems to be another take on the Overlord vs Heroes mechanic, which Fantasy Flight Games’ Descent series has already done to death (and is actually trying to move away from with the Road to Legend app).

Color us intrigued on the “adventure” aspect of the game though. Adventure games have been a mixed bag, ranging from the arduous (Runebound) to the abstract (Talisman). No boardgame has quite captured the right mix of RPG and exploration elements that have made adventure games on the PC and console formats quite so good. Will this be the kind of game The World of Smog: RoM be? It also promises a solo mode, which can fill a niche that is currently dominated by Vlaada Chvatil’s Mage Knight.

It also has excellent source material to begin with, as it will likely be based on the IP of the same name from Panache Animation. CMON already did a (less heralded) boardgame based on The World of Smog IP in 2014 titled, The World of Smog: On Her Majesty’s Service, which got funded for a comparatively meager $101,000 by CMON standards. The less than enthusiastic support from the community was likely due to the extremely short funding period (10 days!), and the fact that the game was more german-style boardgame, than ameritrash. With CMON going back to their strengths with The Rise of Moloch, we can expect an equal return to form for the popular publisher.

Right now it is wait and see. CMON is currently mired with a backlog of Kickstarter projects, of which Massive Darkness has now been added to that list. Hype for this game will likely start again in August-September, once they’re able to fulfill the delivery of pending Kickstarter games The Others: 7 Sins and Arcadia Quest: Inferno.

- Advertisement -
Previous articleWill your Device get banned for Downloading the Pokémon GO APK?
Next articleAll of the Upcoming Videogames Coming Out for the 2nd Half of 2016!