Final leg of Netrunner “Battle of the Beanstalk” happens this Sunday! 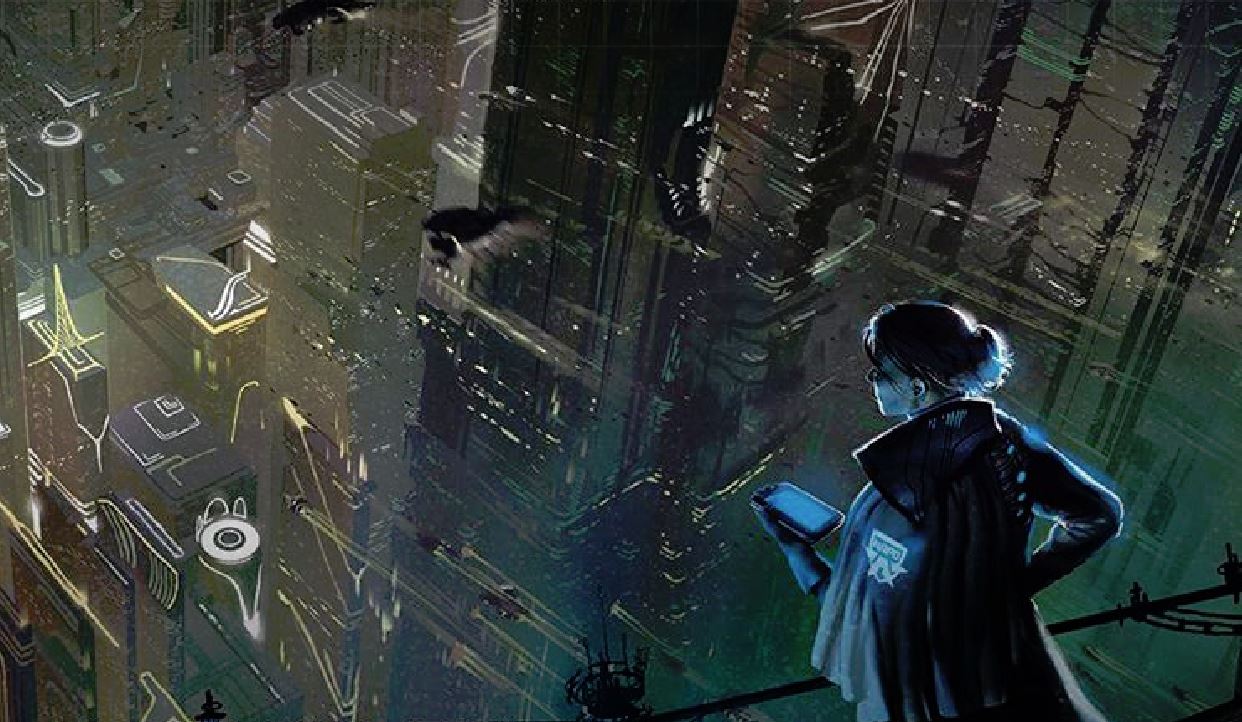 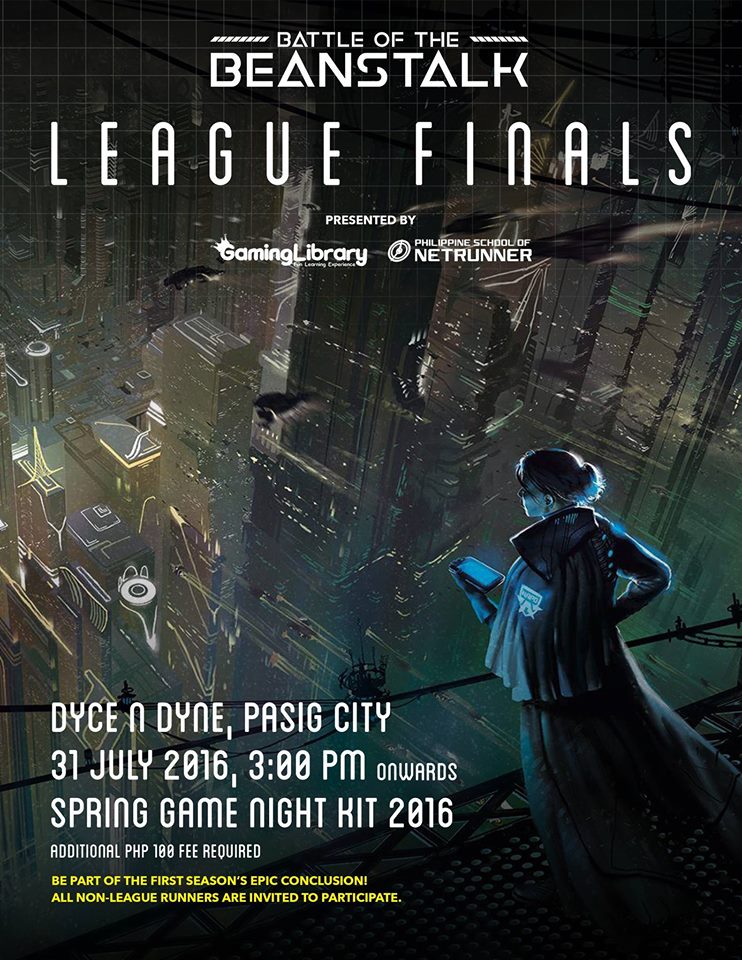 Launched a couple months ago (May 26th), The Battle of the Beanstalk encourages creative and engaging gameplay in its current player base as well as an influx of newer players via Bootcamp sessions and demos.

Spearheaded by the Philippine School of Netrunner – a group of individuals dedicated to teaching, advocating, and spreading the Netrunner hobby – in partnership with Gaming Library, this 8-week long initiative features League day tournaments and achievements / point systems that encourage competition amongst the players. The event also encourages players to get creative in their play and deckbuilding as well as promotes interaction with each other and potential new members of the community. 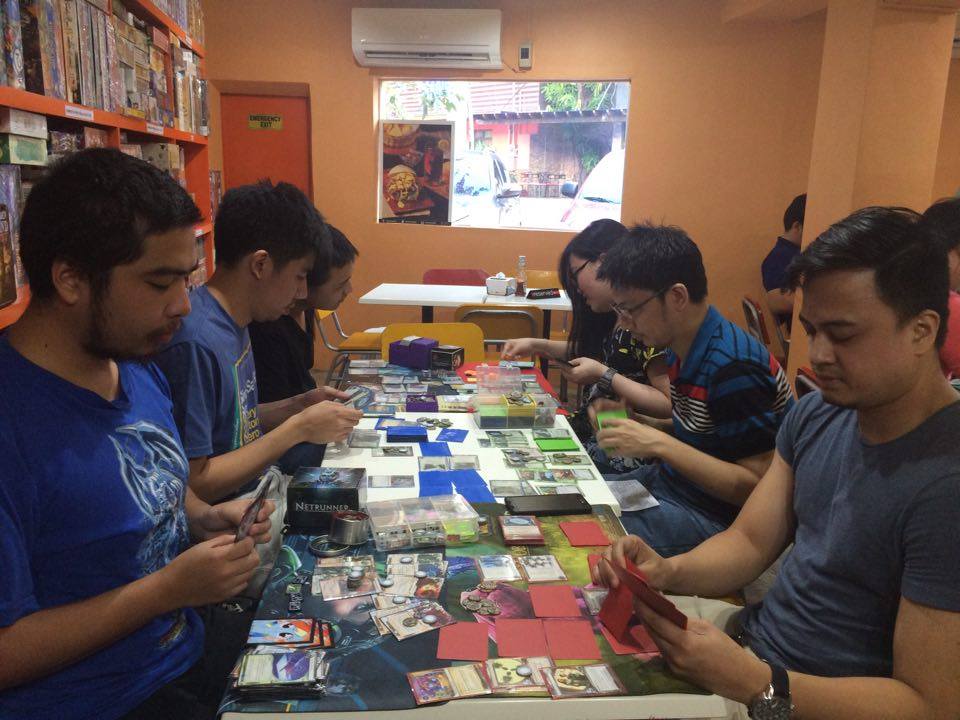 Bootcamp sessions for newer players and interested onlookers are interspersed between competitions to bring in new blood into the cyberpunk fold.

With achievements counting several in-game conditions like winning with a certain number of “Tags” or building and using decks with different IDs, long-time players and newbies alike have something new to try and play for. 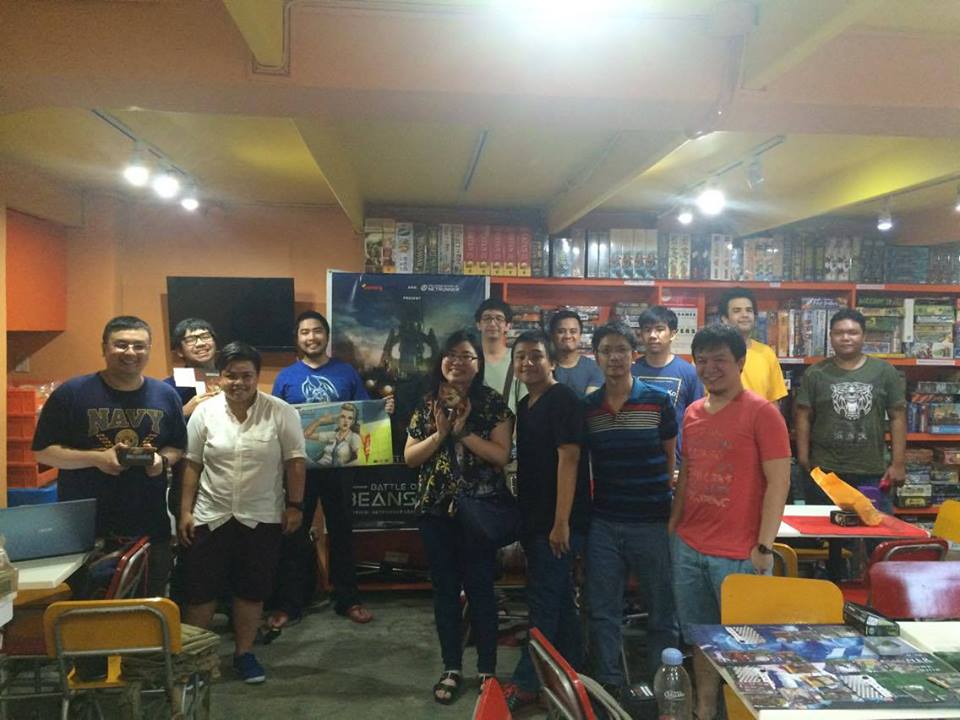 Catch the National Netrunner Champion – Dale Quimpo, and other members of the Philippine Netrunner community at the final leg of the league to be held at Dyce N Dyne. See new faces, find out who unlocked the most achievements, and who ultimately walks away with the most league points to ultimately win the Battle of the Beanstalk! Game days for the league have been set across the metro every Sunday at Burger Company PH in Quezon City, Dyce N Dyne in Pasig, and in BnB Makati.