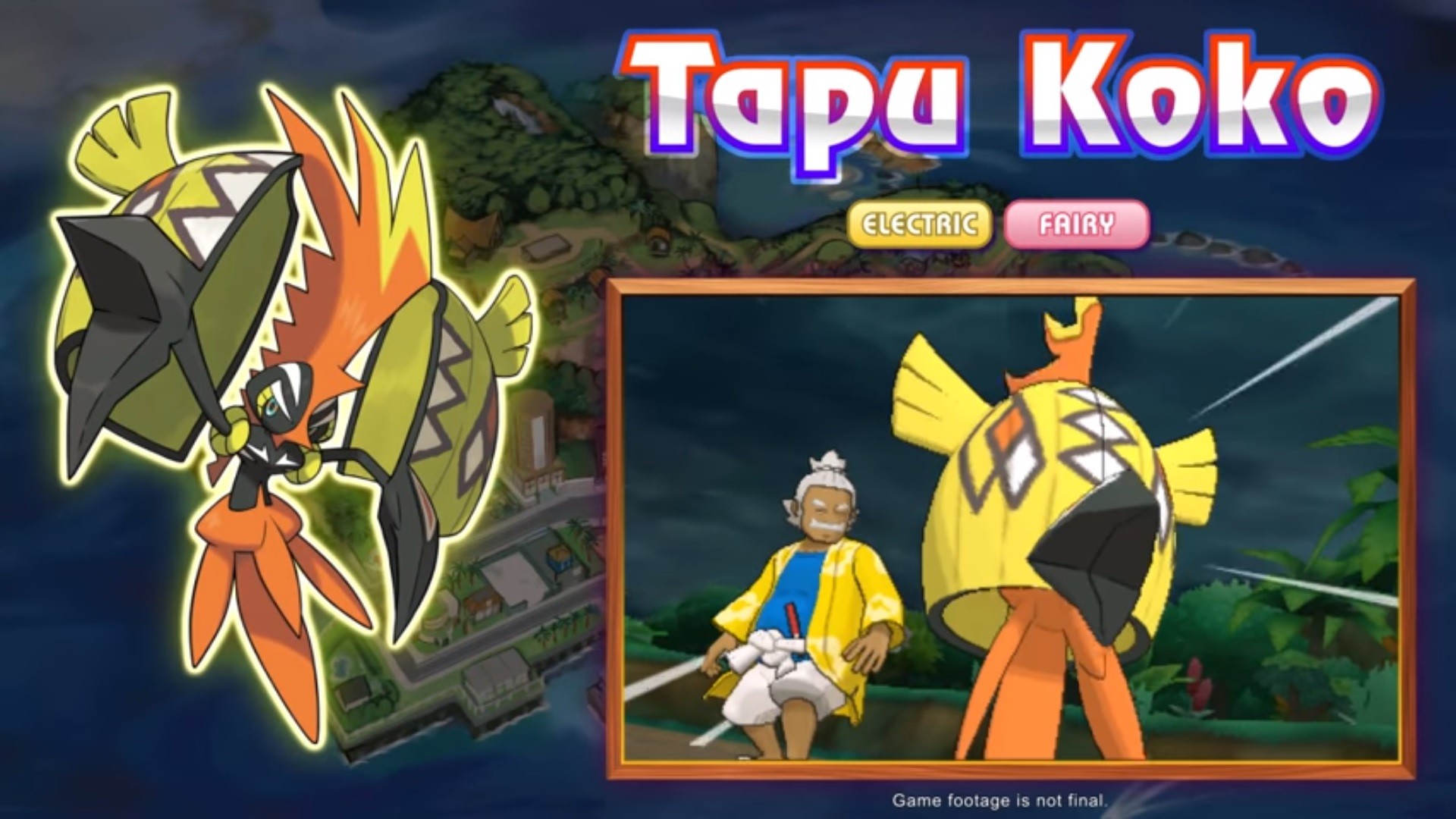 Late last week, Pokemon fans got a nice surprise when new Pokemon were leaked, revealing what to expect for the beloved franchise. Previous to this, only 10 Pokemon had been revealed since February of this year, including the 3 Starters (Rowlet, Litten and Popplio) and the 2 Legendaries (Solgaleo and Lunala). So it was to everyone’s giddy surprise when 7 NEW POKEMON hit the interwebs last June 30!

Of course the good folks on /r/Pokemon were immediately on top of things and user Koulie came up with the awesome infographic below: 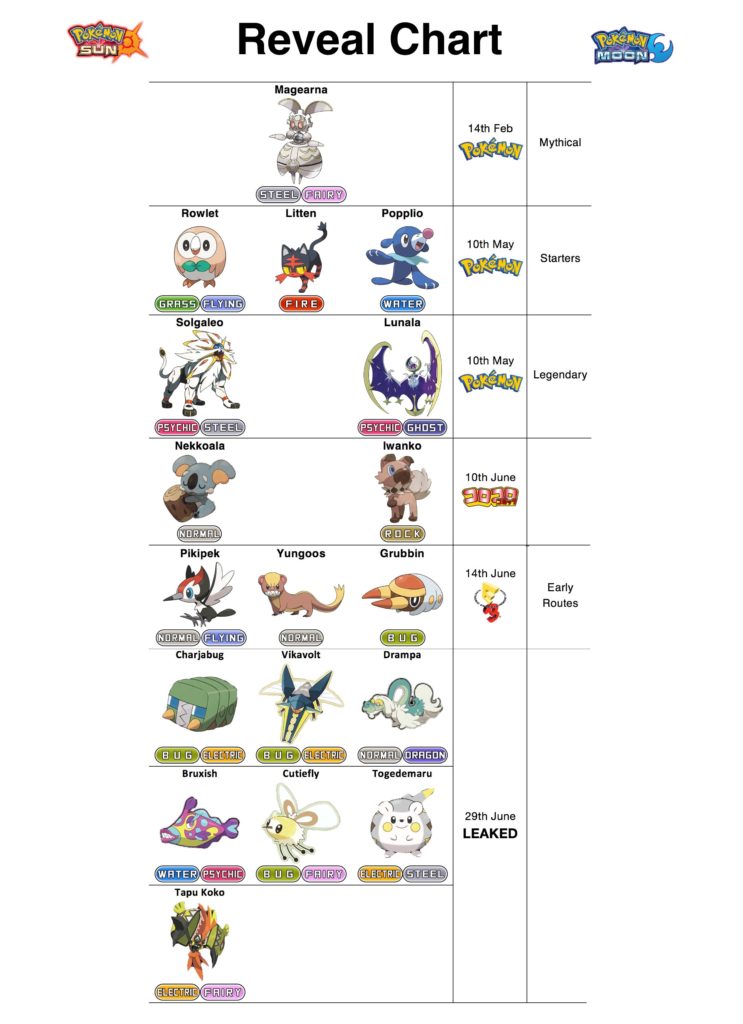 Given that it was all over the interwebs anyway, The Pokemon Company went ahead and released a full length trailer showing the Pokemon themselves in action!!

First impressions? I love them! I immediately noticed how far we’ve moved away from the original Pokemon designs 20 years ago.. for the better! Slowpoke and company all look so drab in comparison to the new designs. You could also tell that the developers were finally taking full advantage of the 3D abilities of the 3DS, incorporating it into how they approach the Pokemon. For example, notice how Togedemaru’s spikes almost stand up and retract like a porcupine. A design detail that would not have been possible 20 or even 10 years ago! AND OMG ISN’T CHARJABUG ADORABLE??

Look out for Pokemon Sun and Moon to hit the streets on November 18 of this year. I can’t wait for this game to arrive. Pre-order your copies now!