Movie Review: Does the Ghostbuster remake answer the call? 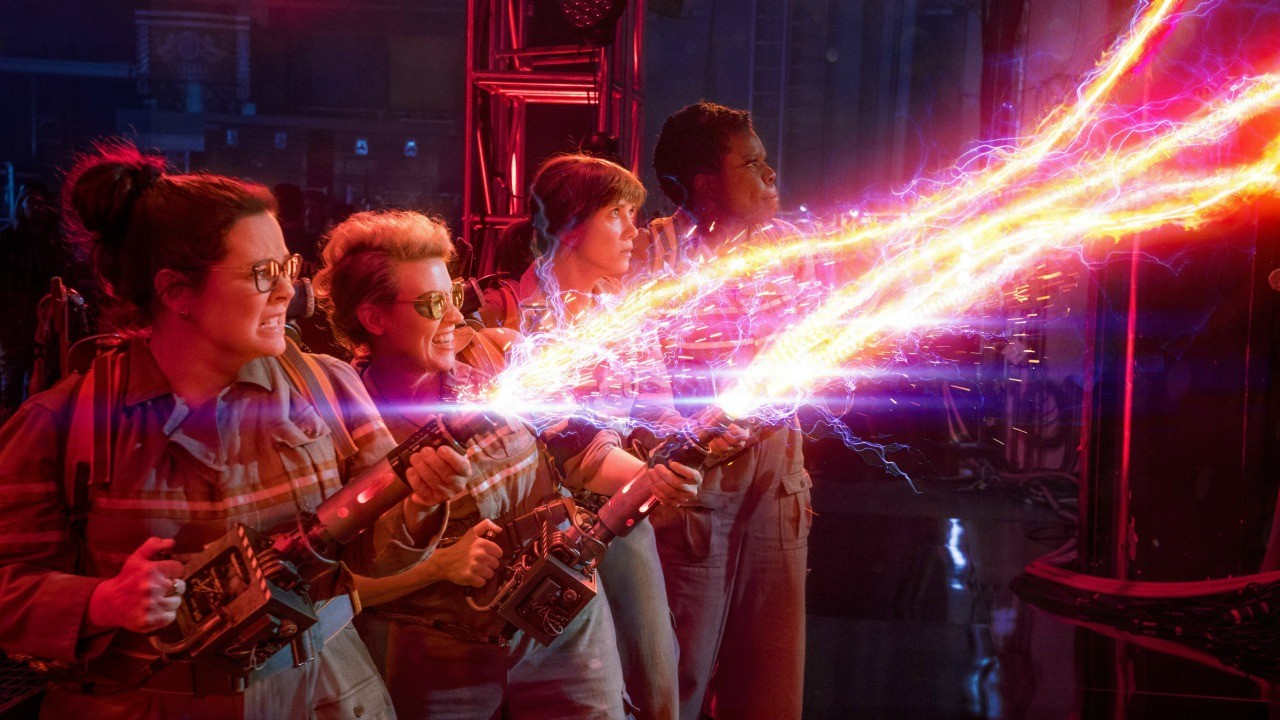 If there was something to be scared about the latest Ghostbusters film from director Paul Feig (of Bridesmaids fame), was whether it would ruin our childhood?

You remember them, Peter Venkman, Egon Spengler, Raymon Stentz, and Winston Zeddmore were the first to don the jumpsuits and to make sure to never cross the beams in the 1984 hit movie of the same name. It would later on spawn a sequel and a memorable cartoon series, and our Saturday mornings were never quite the same afterwards.

There was Slimer, Janine(!) the Stay Puft Marshmallow Man, that goofy fire station they call a base and that hella awesome high tech vault in the basement where they kept all the creepy ghouls and monsters they caught over the years (and we would later find out it was probably never a good idea to put all the worst ghosts in existence in one place, I’m just saying).

There was a real fear in our nostalgic hearts that the new movie would ruin all these great childhood memories *cough* ninja turtles *cough* The decision to completely revamp the cast into an all-woman team seemed gimmicky and it seemed like this remake was destined for the torrent download bin.

COZ THE LADIES ABSOLUTELY KILLED IT!! (YES!! THAT GOOD!!)

Whew! Where do I start? 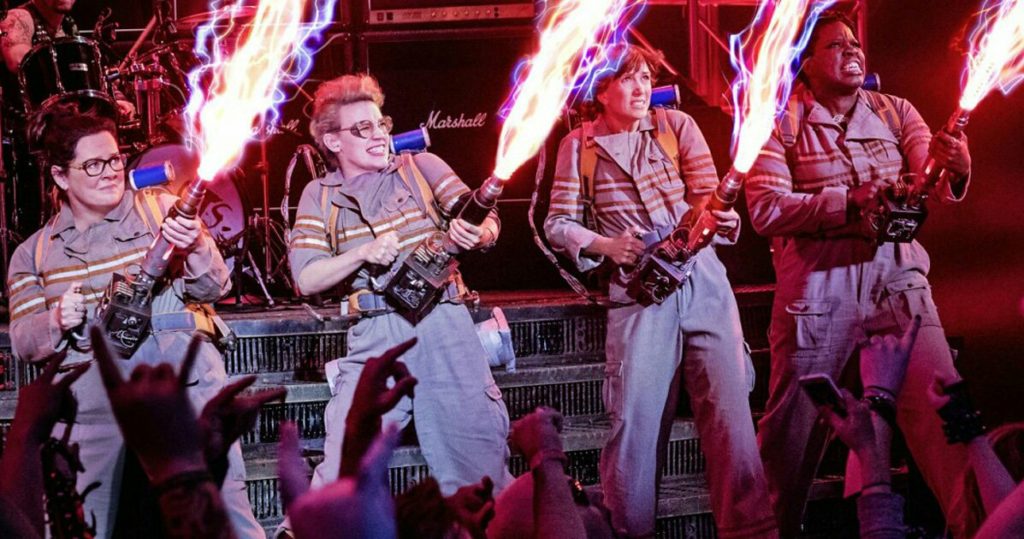 First off the casting and the character writing was superb. I kept on scanning the characters of Erin Gilbert, Abby Yates, Jillian Holtzman and Patty Tolan for traces of the original four Ghostbusters. Was Holztman channeling Spengler? Is Yates this team’s Venkman? Wait did they cast Tolan to be this generation’s Zeddmore? 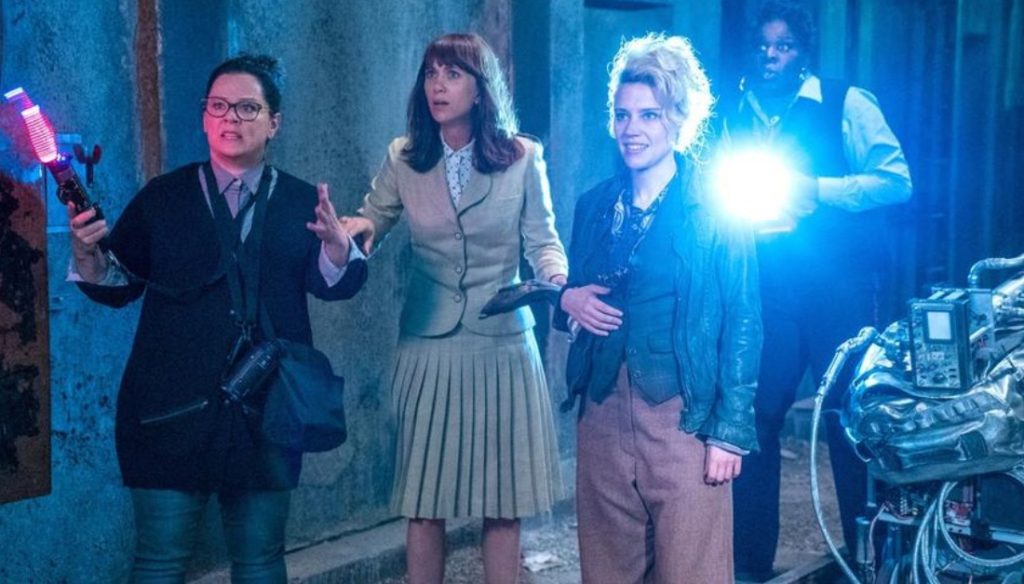 And while the film certainly attempted to (smartly) pay homage to the original. For most of the film, the ladies made the characters into their own! Instead of creating cookie cutter mirror images of the original team, the writers instead went for the feel of the team. Oh, you know? A wacky cast of disparate characters forced to work together by the impossibility of the situation that faced them (ghosts) and then the crisis of faith that they faced (are ghosts real?).

Simply said, writers Katie Dippold and Paul Feig took a page from JJ Abarams book and made this remake more Star Wars: The Force Awakens and Star Trek (2009), and less The Day the Earth Stood Still (2008) and The Karate Kid (2010) – (blech). 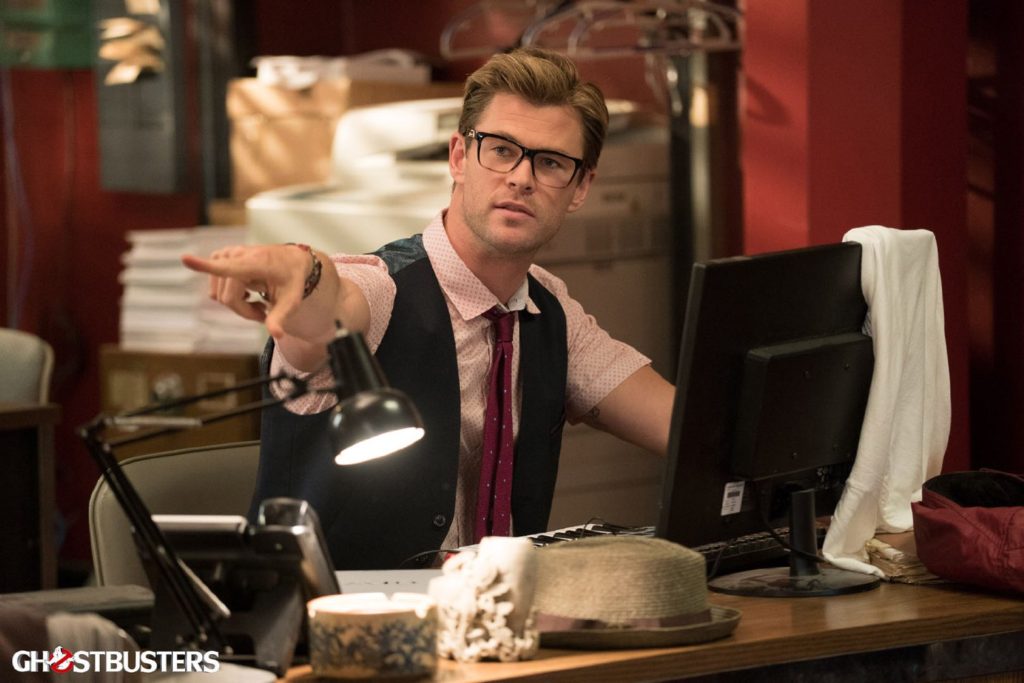 The plot itself was kept fast and loose. It followed the same pattern as the previous Ghostbusters films, and that’s not necessarily a bad thing (awaken ancient evil, let everybody ignore it for a while, then New York goes batshit crazy). Keeping the story simple meant that the characters had more time to shine and show off their personality.

One thing I really liked about making the new Ghostbusters an all-female cast was it made the whole “dismiss the kooky scientists” angle a lot more believable. While the film smartly made sure not to portray these characters as damsels in distress, you see them struggle to get their message across the male-dominated offices of mayors, government agents and field experts. It’s great (but subtle) social commentary on how we can still undermine individuals based on their gender. In fact if the mixed reception to the film is any indication, it seems we still got ways to go in this area before we get past it.

In the end, what this iteration of the franchise ends up being — is a breath of fresh air. It’s no longer our Ghostbusters. The time of Venkman, Spengler, Stentz and Zeddmore are long gone, and after seeing what Gilbert, Yates, Holtzman and Tolan have done, I think I’m fine with that. These new Ghostbusters are not meant to be a replacement to our childhood heroes, nor the great memories we have of them. But hopefully, these 4 ladies are the beginning of somebody else’s. And if the after-scene credits are any indication, we could be in store for more.