[PREVIEW] Release your inner villain as you play Victorian Masterminds! 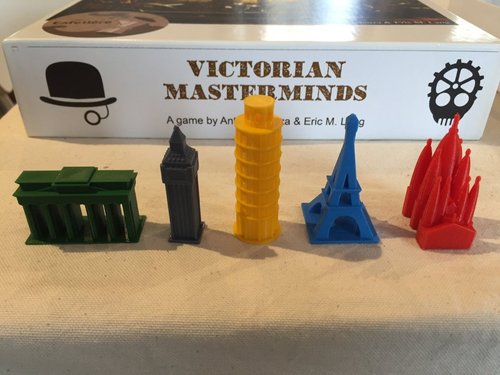 Do you get tired of playing the hero, saving the world and beating nefarious villains? Want to see how the other side of the coin feels like? Then my friend, Victorian Masterminds may be just the thing for you!

Victorian Masterminds is an up and coming 2-4 player game, flaunting steampunk-themed worker placement and variable powers mechanics. In the game, Sherlock Holmes just passed away leaving a vulnerable world ripe for the taking… what better time to be a devious mastermind bound for world domination? Players assume the role of said vile villains, unleashing their agents, wreaking havoc in cities and trying to complete those fearsome Doomsday Machines.

The main objective of the game is to acquire the most number of points at the end of the game, primarily by destroying buildings, fulfilling missions and, of course, by building your doomsday machine. You do this by unleashing your Agents to do your bidding! The game was designed by Antoine Bauza and Eric Lang… And we all know that when Eric Lang designs games, they’re bound to be EPIC! 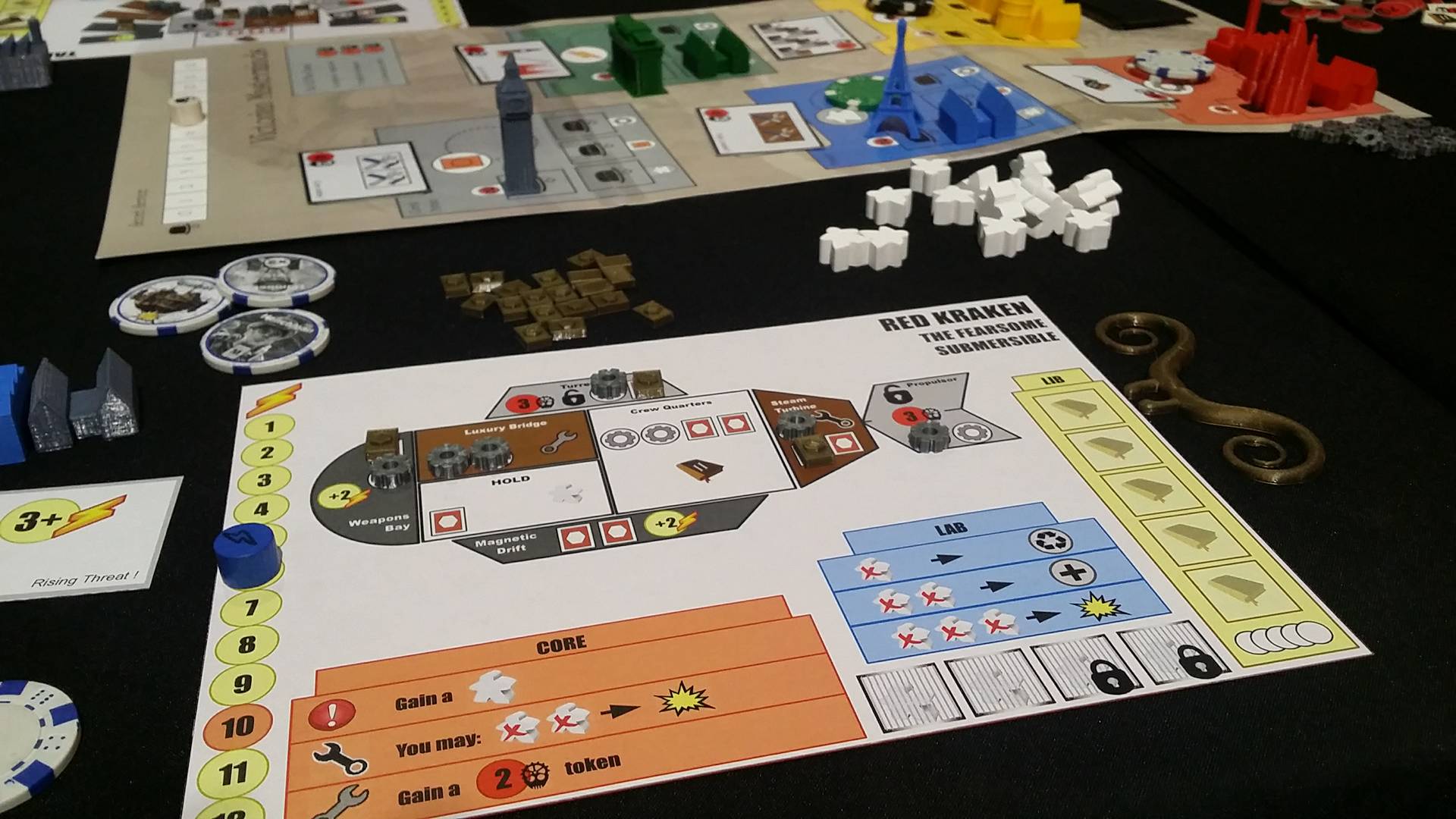 On the player board, you will see what your Doomsday Machine is. To name a few, it can be a destructive submarine, a special underground drill, or even a fully-armed killer blimp! Each of these are built differently and provides different benefits. You will be building the machine assigned to you throughout the game and if anybody finishes their machine, the end game phase triggers.

On the left side of the board… errr your evil base, you will see the Firepower track which determines how much punch your weapons deliver. At the lower left part, you will see the special actions that your Engineer Agent can make, which will always be different from the other players. On the lower right, is the lab where you’ll lock up… I mean HOST  Scientists. The Scientists provide special benefits depending on how many of them you discard. One will let you recover a used Agent, 2 will let you do another turn and 3 lets you destroy a building! Lastly, the right side of your board shows your library where you’ll place the different Da Vinci Codexes which give you points at the end of the game.

Each player will be given an identical set of 5 agents, each of them performing a unique action:

At the start of the game, you will shuffle these agents and place the stack face-down on your area. Then, you get to check the top one as you will be playing it during your turn. 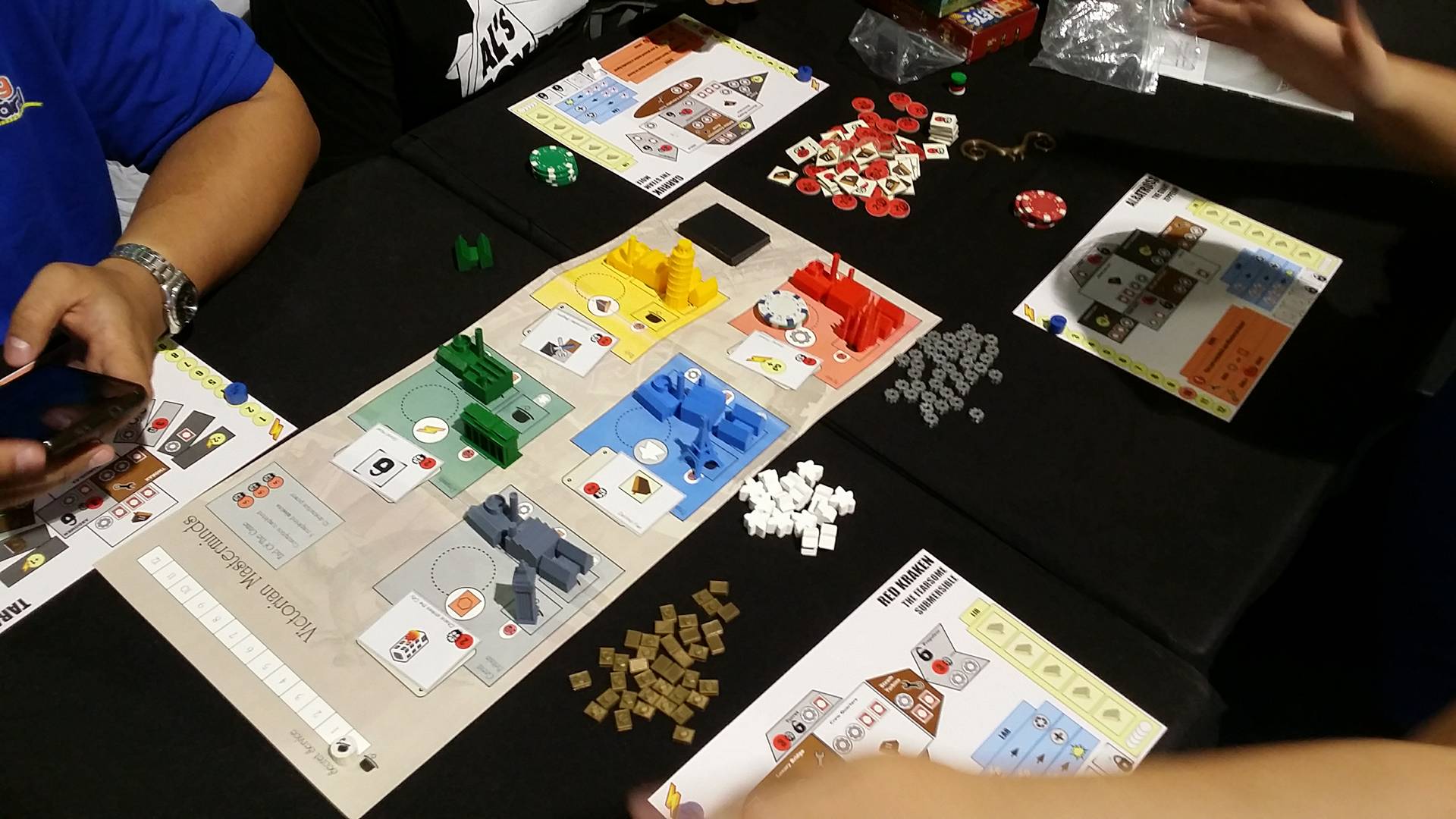 The board is made up of the different cities that you’ll infiltrate and potentially destroy. Each city features different buildings and destroying them (via the Gunner, Scientists or other evil methods) will give you points and benefits. Every city also features unique landmarks you can destroy like the Big Ben and the Eiffel Tower. On each city, you will see a circular space. this is where the players will be placing their Agents and once there are 3 Agents on any space, the game will be paused and the Agent actions will be resolved. Simple enough right?

Buuuuut WAIT!!! On top of the part board, you will see the Secret Service track. This is the way for the world to fight back and foil your evil schemes! Each time somebody will destroy a building, this goes up 1 space. And in order for you to destroy another building your Firepower level (shown in your player board) should be more than or equal to the current Secret Service track level. Not so easy, huh? The Secret Service Track can also trigger the end game phase once it reaches the highest number in the track.

During the End Game phase, each player places an Agent on a space and when everybody does this, they immediately resolve the Agent actions. After this, points are calculated and the Vilest Mastermind is named! Mwahahaha! 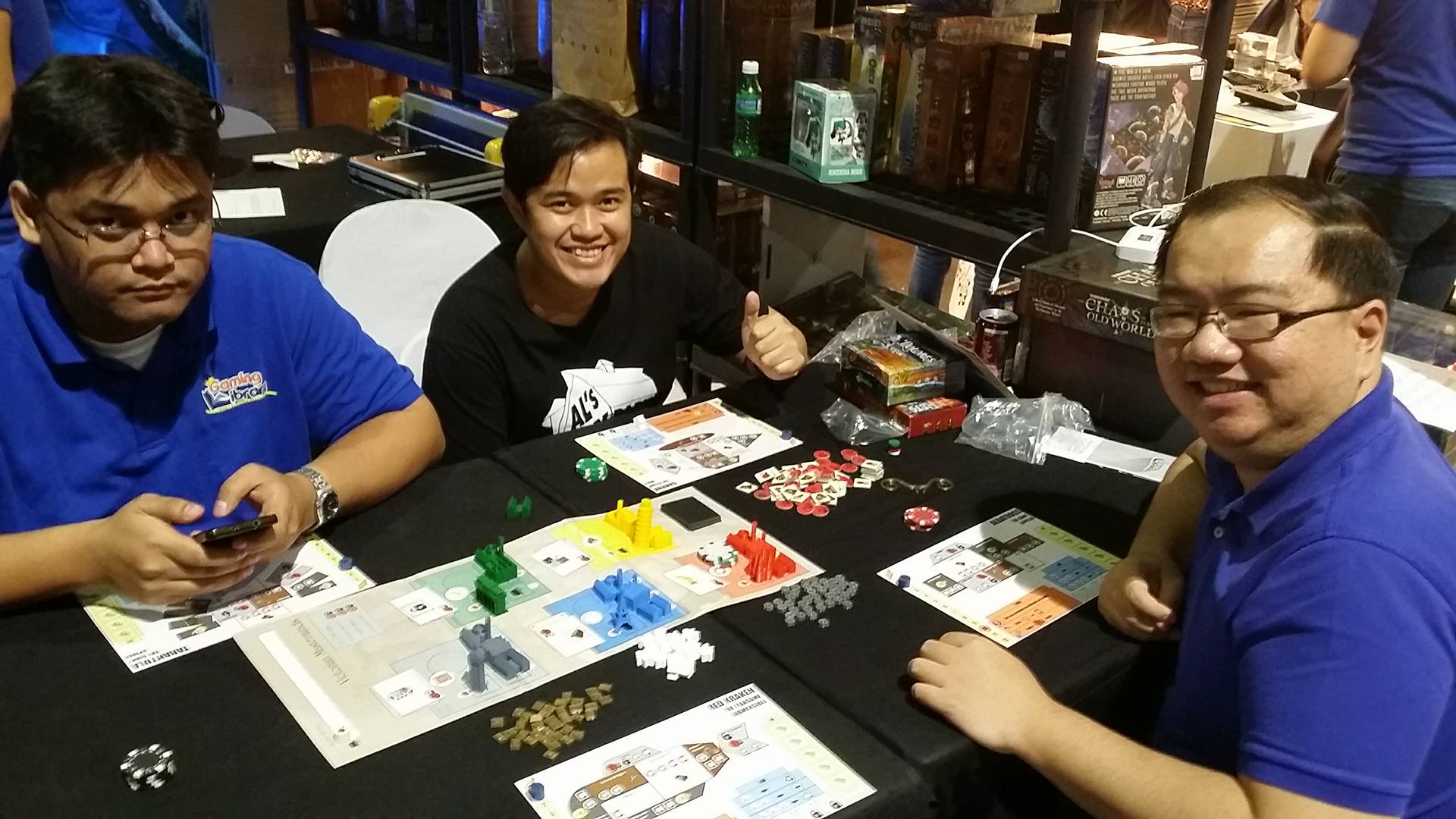 The game has a rich theme which will makes the worker placement mechanic even more enjoyable. It also ties well with the different doomsday machines that are simply reeking with Steampunkness! There is even some mind games flavor in the game wherein you will be second-guessing your fellow villains on where they placed their Saboteur, which might be crucial as you try to rack up on those crucial points and fulfill those sought-for missions.

Overall, it’s a pretty enjoyable game which can bring out you inner villain. As you play the game, you might fancy yourself as the Despicable pointy-nosed, bald-headed mastermind, sending out your Minions to create chaos (or what they can construe as such); or even get the urge of raising your pinky to your lips and demanding “ONE… BILLION DOLLARS!” from the world! It’s a fun game that takes a moderate amount of game time and will provide a truly enjoyable experience.

I honestly can’t wait for this one to come out as I’m rearing to play it with my family and friends. In the meantime, I’ll practice that evil laugh. Mwahahahahaha!