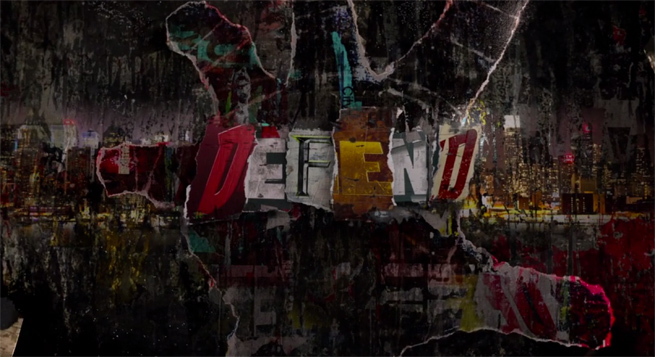 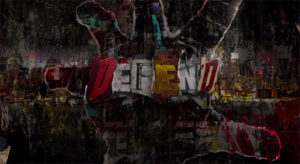 With plenty of material to tease and show for their audiences who love the small screen adventures set in the same Marvel Cinematic Universe as the movies in the big screen, Marvel Studios and Netflix have revealed a series of teaser videos for their upcoming new programs – including teasing the third season of Daredevil, a new trailer for Luke Cage, the first teaser trailer for Iron Fist, and a tease of the gathering of these heroes in New York City with “The Defenders”!

- Advertisement -
After getting two sensational seasons that helped flesh out the character’s origins as well as introduce key players like Elektra and The Punisher, Matt Murdock will return for another set of adventures in Daredevil Season 3, with an announcement trailer that shows nothing nut a bloody subway sign to tease that Hell Kitchen is still far from the dangers that evil bring.Set to premiere on Netflix this September 30th, Jessica Jones’ supporting character Luke Cage is getting the spotlight and headlining his own series – with the former convict turned superhuman with unbreakable skin ready to protect Harlem, NY from anybody looking for trouble.
- Advertisement -
Set to be released next year and currently filming, former Game of Thrones star Finn Jones is Danny Rand – a man who was missing as a child that was taken in by Buddhist monks and trained in the martial arts only to return to New York and fight crime as the “Iron Fist”.
- Advertisement -

Eventually, all these heroes along with Jessica Jones will come together to form “The Defenders” – a group of very different heroes who set out to protect NYC from villains and criminals that come their way.

For a refresher on the Marvel/ Netflix shows, here’s a sizzle reel.Catch these Marvel TV programs over at Netflix!
- Advertisement -
Previous article
SDCC 2016: Hot Toys shows a sneak peek of “Suicide Squad”, including “Imposter Batman” Joker!
Next article
Celebrities who have Pokémon GO Fever