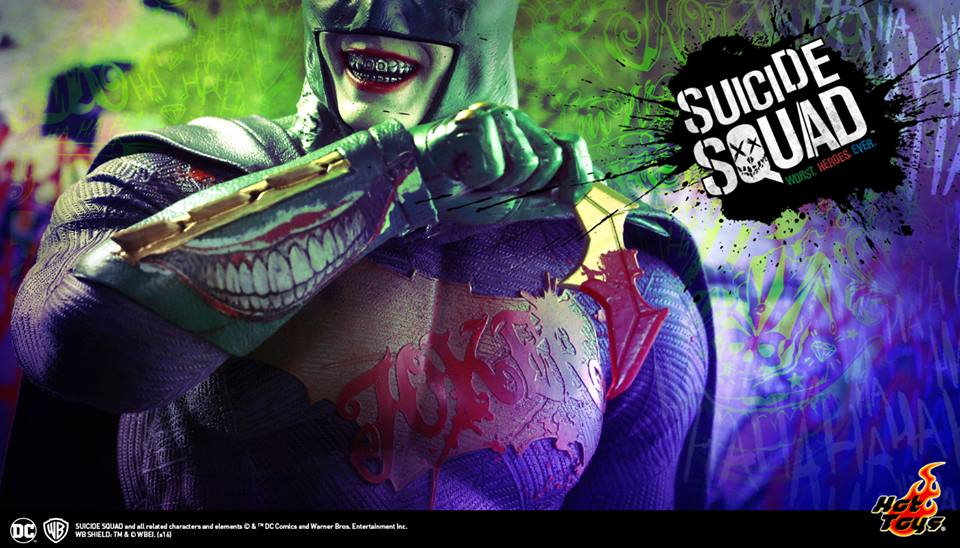 San Diego Comic Con 2016 is now in full swing, and this past evening in the US let those with early access to the “annual four day weekend geek gathering of a lifetime” have a look at “preview night” – where all of the biggest displays from current and upcoming movies, toys, games, and the world of popular culture were present for the world to see. Among those present was of course popular 1/6th scale Hong Kong based toy manufacturer Hot Toys, who showcased a lot of new products that are ready for pre-order – INCLUDING the characters and villains that will appear in the next DC Films’ installment that is “Suicide Squad“! Included in the mix of previewed figures were Harley Quinn, The Joker, and Batman with his water breathing mask on… But possibly the most revealing figure from the movie of all has to be “Imposter Batman” Joker… Aka Jared Leto’s version of the Clown Prince of Crime wearing a twisted the Batsuit! 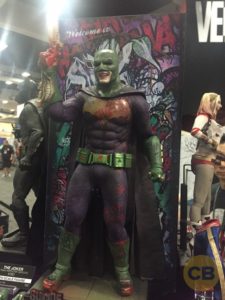 Via coverage by Comic Book.com themselves, here’s a look a Mistah J all decked out and wearing a green and purple version of Bruce Wayne’s vigilante costume – complete with graffiti and designs that should make the insane at heart very happy. How this fits into the whole Suicide Squad movie is anyone’s guess, but let it be reminded to all that the DC Extended Universe pretty much confirms that Batman and the Joker have gone to war through the years, and in Batman v Superman: Dawn of Justice we see the Robin suit Jason Todd once wore on a memorial display at the Batcave with the words “The Joke’s on you, Batman!” sprayed on it! 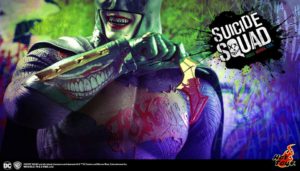 When these juicy and twisted Hot Toys collectibles of the “Suicide Squad” are available is anyone’s guess, but be sure to check their official Facebook page for more details! SDCC Continues on from July 21-24! Keep coming back for more news as it comes online!