Time to get NES-TALGIC! Nintendo introduces the NES Classic Edition! 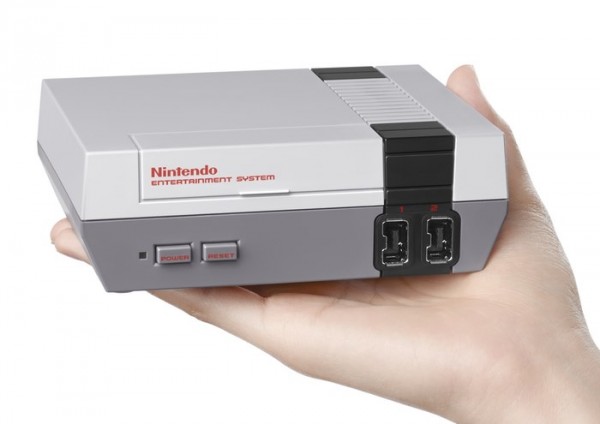 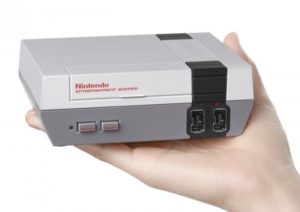 Those who grew up in the 8-Bit era of video games will remember the Nintendo Entertainment System well! Known as the Family Computer or “Famicom” in its native Japan, the gaming console was originally released in 1983 by Nintendo before being ported to the states in 1985 and getting a complete makeover – coming to be repackaged as the “Nintendo Entertainment System”. With its rich and diverse library of games, the system helped revive interest in gaming in the US following the video game crash of 1983 – bringing along some of the most iconic games like Super Mario Bros., The Legend of Zelda, and Donkey Kong just to name a few. 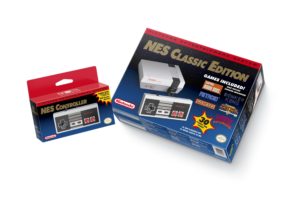 Now literally making a bombshell announcement out of nowhere that should please longtime video game fans and old school games, Nintendo is rereleasing a miniature version of their ol’ NES packed with 30 games and updated to support modern television devices. Known as the “NES Classic Edition”, this tiny device will retail for $60 and will be designed like its forefather Nintendo Entertainment System – but bearing pre-installed games that are timeless favorites! In addition to Mario and Zelda, here’s the list of games that Nintendo has noted in their official announcement of the NES Classic Edition on their Facebook page:

That’s a WHOLE LOT OF CLASSIC GAMES for its package. Unfortunately, the system can’t connect to the internet and won’t be updated with other games beyond the 30 already packaged. It’s a good compromise anyway, and should satiate any desire to revisit the glory days of the 8-Bit era of gaming.

The NES Classic Edition hits this November 11th in stores for $59.99, packed with one controller, AC adaptor, and HDMI output. Stand alone controllers will also be released and retail for $9.99 each.
- Advertisement -
Previous article
Are the rumors true? Will Pokémon GO will go live in the Philippines in less than 48 hours? [Update]
Next article
New Star Wars Rogue One Reel from Star Wars Celebration!