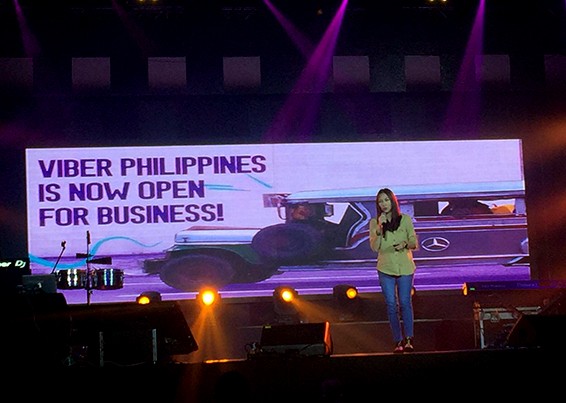 Viber, one of the top communications apps in the world, celebrates its new milestone of 25 Millions registered users in the Philippines.

“We truly appreciate the overwhelming and continued support from our Filipino users and we’re committed to making Viber even better through local content and partnerships that celebrate and empower Filipinos and be part of their daily lives,” — Crystal Gonzalez, Viber Regional Head for Southeast Asia.

She also added Filipinos uses stickers as a new and creative way to communicate and express themselves. She shared that Pinoys have sent over 44 million stickers in month was via Viber messaging and group chats.

The event also graced a preview of the upcoming #ViberForChange stickers. These are a set of stickers are a partnership effort between Presidential Communication Operation Office (PCO) and Viber Philippines, featuring the illustration of Philippine President Rodrigo Duterte various expressions and moods, #ViberforChange will be available for download on the afternoon of July 25, Monday, in time for the 1st State of the Nation Address (SONA) of President Duterte

“… we encourage citizen engagement, making them part of the process for positive change in the country.” —  Sec. Martin Andanar, posted at PCO Facebook page.

Since the launch in country late 2013, Viber Philippines have engaged various demographics of the Filipino community with activities such as “OneVibePH”, #Viberacay, “ViberUniviersity”, “Viber Out” (for Typhoon Haiyan victims), just to name a few. The new milestone success can be attributed to Filipinos social nature, particularly with OFW families, using communication apps such as Viber, to connect daily and interactively with their love ones.

Interested businesses who wish to engage Viber Philippines may an email to sea@viber.com.