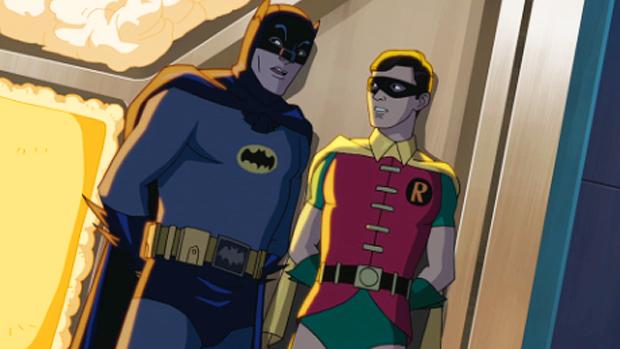 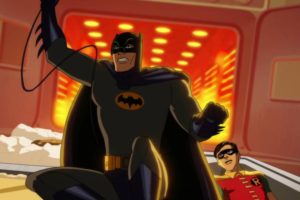 HOLY CLASSIC COMEBACK, BATMAN~! Looks like the original dynamic duo of the 60’s Batman Television Series is coming back to reprise their roles, as Adam West and Burt Ward return to voicing Batman and Robin in the very first trailer to the new animated film coming up later this fall in “Batman: Return of the Caped Crusaders”! 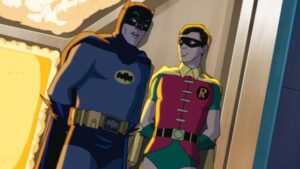 In the trailer, we see Batman and Robin about to become toast as they’re tied on a food dish and are about to get their gooses cooked. Fortunately for these heroes, the news of a brand new feature film gets their confidence up to make a daring escape – and the tease that there’ll be plenty of familiar arch-villains to fight that includes Julie Newmar reprising her role as Catwoman! Just check out the trailer and see for yourselves Batfans!

Batman: Return of the Caped Crusaders will hit Digital HD on October 11 and Blu-Ray on November 1!