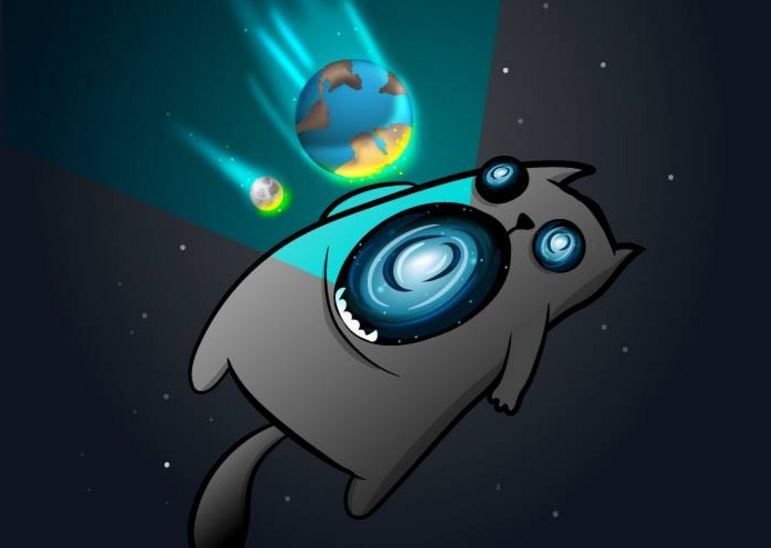 We give you a first look at the new (and the first) Expansion of Exploding Kittens, the award-winning card game that made Kickstarter history as the most-backed project (ever!), the Imploding Kittens!!!

The Expansion deck includes 20 new cards featuring 6 new types of actions, and an “Imploding Kitten” card which now allows the game to be played with 5 to 6 players.

This card is used as any Cat Card (base game’s cat with no instructions with them). This card cannot be used as a non-Cat Card such as Shuffle, Attack and the likes.

For two players set-up, this card acts as a Skip card.

Similar with the base game’s ‘See the Future’ card, but way better!  Instead of just looking at the three (3) card on the top deck, you can now re-arrange the order of those cards.

The player who plays this card end his turn without drawing a card. Then he chooses any player to attack which requires the attacked player (the victim) to takes two turns in a row. The victim of the card takes a turn as a normal turn, then he is required to take another turn. Then, the game turn continues from the attacked player.

Draw from the Bottom card (4 pcs)

By playing this card, you end your turn by drawing the bottom card of the Draw Pile.

The one card once drawn faced-up can not be diffused.

At the setup stage, this card replaces one of the Exploding Kitten card.

During the game, once the player draws this card face down, he then put it back anywhere in the deck face-up. Once the ‘Imploding Kitten’ card is drawn faced-up, the player who drew can not use the ‘Diffuse’ card and is now eliminated in the game. Since it is faced-up players knows that the card is coming, they can use other cards to dodge the inevitable.

One last thing to look forward to, the game includes includes a super secret surprise inside!

[Update: 21 Feb 17]  You may now pre-order order your copy of  Imploding Kittens from  GamingLibrary. 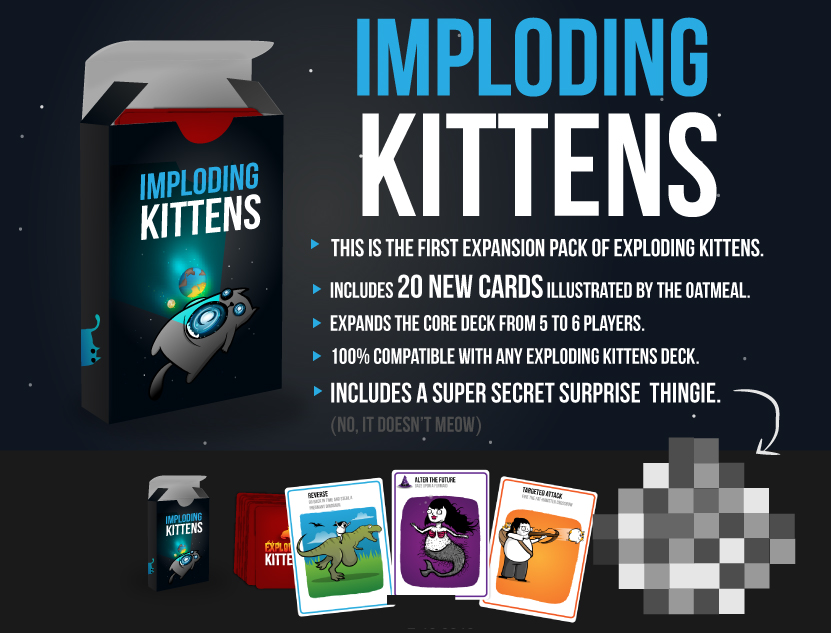