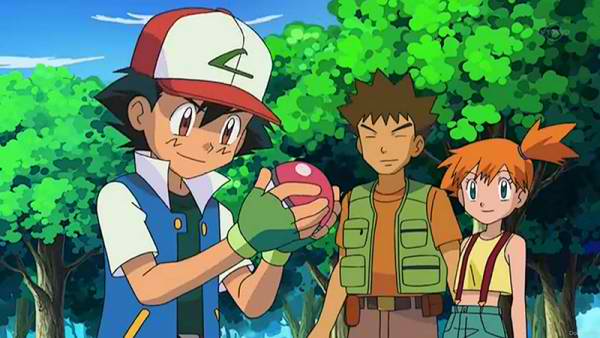 So yesterday,Pokémon GO finally launched Brazil, just in time for the Olympics.

Trainers,We are excited to share a few more details with you regarding Pokémon GO: – Central and South America -…

It’s been almost a month since your popular augmented reality game went live in Australia, New Zealand and USA. Unfortunately, as of now, there is still no word as to when will you’ll be launching here in the Philippines. Only Japan and Hong Kong have the game official launched in this side of the world.

Like most of our readers, we are anxiously waiting for Pokémon GO so just want to list down some of the reasons why Niantic Labs should have Pokémon GO go live in the Philippines very soon in hopes that you may somehow hear us out.

1. The Philippines is Home to World-renowned Natural and Cultural Heritage sites

Did you know that there are six (6) UNESCO World Heritage sites in the Philippines?

Three of them are Cultural of course. These include the Rice Terraces of the Philippine Cordilleras, the Historic City of Vigan, and the 16th Century Baroque Churches of the Philippines. We also have Natural heritages sites such as the Puerto Princesa Subterranean River National Park (Underground River), the Tubbataha Reef, and the Mt.Hamiguitan Range Wildlife Sanctuary. Other 19 sites like the Mayon Volcano, Chocolate Hills, and Turtle Island are being reviewed by UNESCO to be added in the list.

Would it be great experience for players to catch a Lapras near the Underground River in Palawan or perhaps an Onix while traversing the “palayan” (rice terraces or fields) in Mt. Province. Just don’t put Mewtwo on top of Mt. Pulag, or Dragonite at the top of Mayon Volcano, as the team hasn’t worked out our cardio yet.

On top of that, Metro Manila alone has a hundred thousands of points of interest from historical monuments in the capital city of Manila, to the skyscraper buildings of Makati, Taguig, and Ortigas, to the numerous restaurants in Quezon City and the rest of the metro. We believe that the Pokémon GO experience would be so rich here in the PH.

The Philippines is also a hub of biodiversity. With its 7,100+ islands (and increases depending if it is high tide or low tide), it is home to 38,000 vertebrate and invertebrate animal species, and 10,000+ plants, where over half of them are native to particular area, like the Tarsier in Bohol, the Talusi (Palawan Hornbill) or the Mindanao Pygmy Fruit Bat.

Our many islands can host a variety of the Pokémon GO species, even the rare ones.

We wouldn’t mind having Tauros in the grass or glades of Mindoro, also the home Mindoro’s dwarf buffalo, the Tamaraws.

3. Smartphone and Internet Penetration in the Philippines

As of 2016, the Philippines has a population of 101 Million people. The country’s Internet penetration is at 46%, where 36Million are active mobile internet users. The report also indicated that half of the Philippine adult population owns a smartphone, where around 21 Million Filipinos use the Internet at least once a day, and that Filipinos cumulatively spend at least 3 hours a day using the Internet via their phone.

In addition, the report also mentioned that around 41 Million are active mobile social users and Facebook and Messenger are the top two social platform. A bulk of Filipino Facebook users are in the age of 20 to 29, (the 90’s kids)!.

Just last month, Viber Philippines announced  for 2016 that they have 25 Million Filipino users. Also, an average of 44 Million stickers are sent per month by Filipinos via their app.

Try to visit the country and you’ll notice that a number of Filipinos having more than 1 phone in their pockets or bag. That’s a LOT of potential Pokemon Trainers who will do what they can to be the very best… like no one ever was.

Even if Pokémon GO hasn’t launched here, it is already a HUGE thing here. Our friends from iPrice recently informed us just how much buzz it generates here in the country.

The game is most searched in Indonesia, followed by the Philippines, Singapore, Malaysia, Vietnam, and Thailand. — iPrice

This shows that Pokémon GO in the Philippines was one of the top search entries last July! That’s huge considering that it’s still not officially launched here. It even surpassed the overnight sensation of the game “Flappy Bird” last Feb 2014, the visit of  “Pope Francis” in the country last Jan 2015, and it even beat Aldub in terms of buzz – a topic that set Twitter records worldwide.

Buzzfeed even compiled the sentiments of Pinoy tweets in this article.

5. Local businesses are also waiting for the launch

Grab Philippines, Globe Telecom, and Smart Communications are just a few of the local businesses are also waiting for the launch.

GrabPH, launched the GIF teaser with several Pokémon silhouettes displayed on a phone screen. Perhaps they are planning to offer a Pokémon GO promo, or offer rides to go around the city to catch Pokémon. (not a bad idea!)

"As soon as Pokémon Go comes to the Philippines, we will give 7 days free access via Globe Switch" announces Jaime to showcase how dynamic the app adapts to the latest apps. Whoa! #GlobeSwitch

Last month, Globe Telecom announced that Globe and TM subscribers can enjoy seven (7) days of free mobile data access to Pokémon Go app via their Switch app, once the game is launched.

Consequently, last August 4, Smart Communication announced that they are giving a treat to both Smart and TNT subscriber of seven (7) days free mobile data access to Pokémon Go upon it’s launching day in the Philippines.

This speaks volumes about the amount of business opportunities for Pokémon GO that are just waiting to go up once you launch it here. We’re sure that many many more doors of opportunity will open up.

There you go, Niantic Labs! We hope you can hear us out and have the official launch of Pokémon GO in the Philippines sooner. 105,000+ Pokémon trainers are awaiting for this release! We hope this reaches you and that you can consider this request! Thank you and more power to you and your amazing game!

To our readers, if you have some thoughts or want to share more reasons to have Pokémon GO in the Philippines, feel free to comment below! Let’s get Niantic Labs to hear us out and that they notice our Pokémon pride loud and proud!

- Advertisement -
Previous article
[Recap] What’s New with Dead of Winter: The Long Night
Next article
Pokémon GO now officially live in Philippines! Here’s 11 tips and tricks to get you started